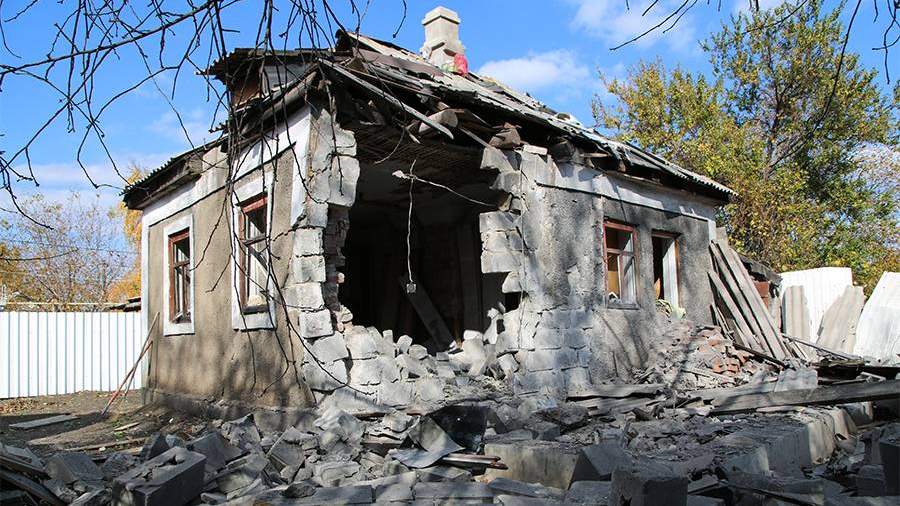 Russia started the war in Donbass, violating the sovereignty of Ukraine. This was stated by US Secretary of Defense Lloyd Austin at a joint briefing with his Ukrainian counterpart Andrey Taran in Kiev.

“Let’s say clearly that Russia started this war and Russia is the stone that hinders a peaceful settlement. They began to violate the territorial integrity and sovereignty of Ukraine, ”the UNIAN agency quoted Austin as saying on Tuesday, October 19.

At the same time, the US Secretary of Defense added that the American side will continue to do everything possible to protect Ukraine’s sovereignty.

Earlier, on October 15, the adviser to the head of the office of the President of the country, Volodymyr Zelensky, Aleksey Arestovich, said that Ukraine had begun to work out a number of scenarios in the event of a military conflict with Russia. In Kiev, he pointed out, they proceed from the premise that “the war with Russia is already underway” and under certain conditions may acquire the format of a full-scale conflict.

On October 10, the ex-Minister of Foreign Affairs of Ukraine Pavel Klimkin pointed out that the United States is the main help of the Ukrainian side in the fight against Russia. He is convinced that it is US President Joe Biden who can allegedly put Russia “red lines” in global politics.

At the same time, on September 5, the press secretary of the President of the Russian Federation Dmitry Peskov emphasized Russia’s desire to normalize relations with Ukraine. He recalled that President Vladimir Putin had previously confirmed his readiness to meet with Zelensky, as relations with Kiev need to be improved. However, a reciprocal desire on the part of Ukraine is not visible, Peskov specified.

Since 2014, Kiev has been conducting a military operation against the residents of Donbass, who refused to recognize the results of the coup d’etat and the new government in Ukraine. At the same time, Kiev blames Moscow for the current situation. Russia has repeatedly stated that it is not a party to the internal Ukrainian conflict. The issues of its settlement are being discussed in the Minsk and Normandy formats – with the participation of Russia, Ukraine, France, Germany.