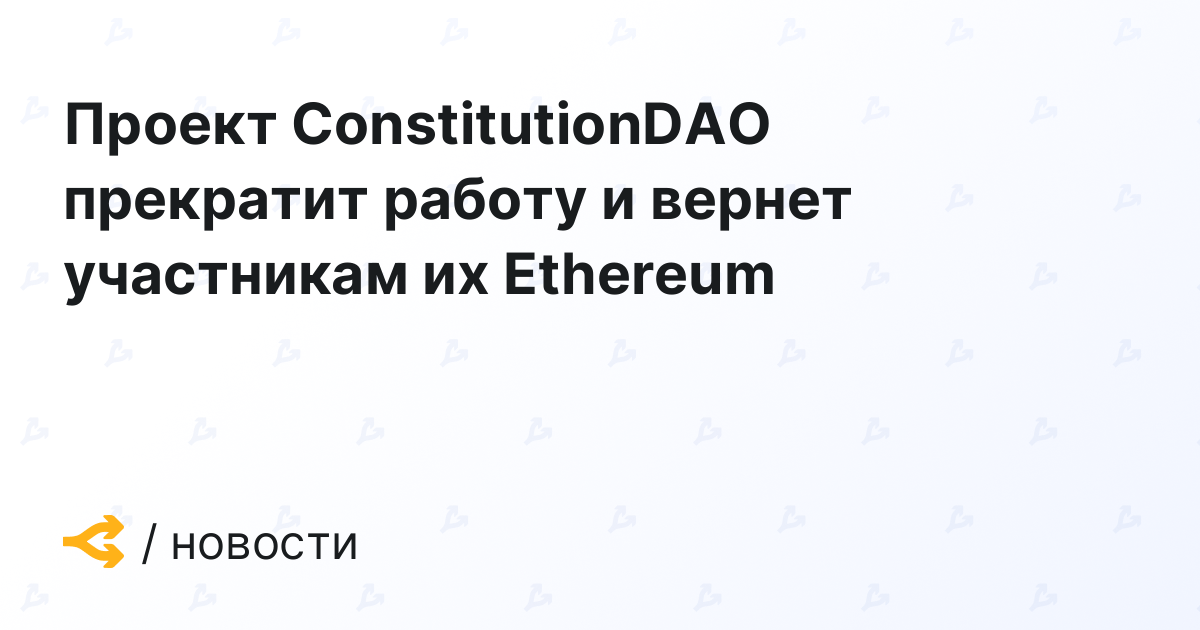 Core team DAO ConstitutionDAO announced that the project had exhausted itself, and invited all participants to demand a refund of the funds contributed.

A group of enthusiasts formed an organization to purchase a rare copy of the US Constitution, which was auctioned at Sotheby’s on November 18.

Despite raising over $ 40 million in Ethereum, the group was unable to acquire the artifact. The winner of the auction was Ken Griffin, CEO of Citadel investment company, who paid $ 43.2 million for the lot, including fees.

The organizers clarified that the DAO had 17,437 donors, with an average donation of $ 206.26. They offered all participants to receive the deposited funds back.

Some took the opportunity, while others were reluctant to bear the gas costs of the transaction again and suggested that the DAO channel their funds to another purpose.

According to the team members, they “deeply studied several options.” However, the organizers concluded that they would not be able to support the project given the “technical and administrative requirements”.

“The community took all the actions that it was organized to carry out: we raised capital, placed bets on Sotheby’s and after the loss launched a refund, as promised. At this time, we want to urge everyone who has been waiting to claim a refund to do so, ”wrote the ConstitutionDAO team.

According to the statement, there is no time limit for submitting applications for refunds. The Discord chat will remain open for 14 days, after which it will become read-only.

“This project was a landmark event that demonstrated to the whole world that a group of friends on the Internet can use the power of Web 3 to solve a seemingly insurmountable task and achieve incredible results in an impossible time,” concluded the organizers.

Recall that the co-founder of the DuneDAO project bought a rare printed version of the film “Dune” by Alejandro Jodorowski at Christie’s auction. For the lot, he paid $ 3.8 million – many times more than the amount collected by the DAO.