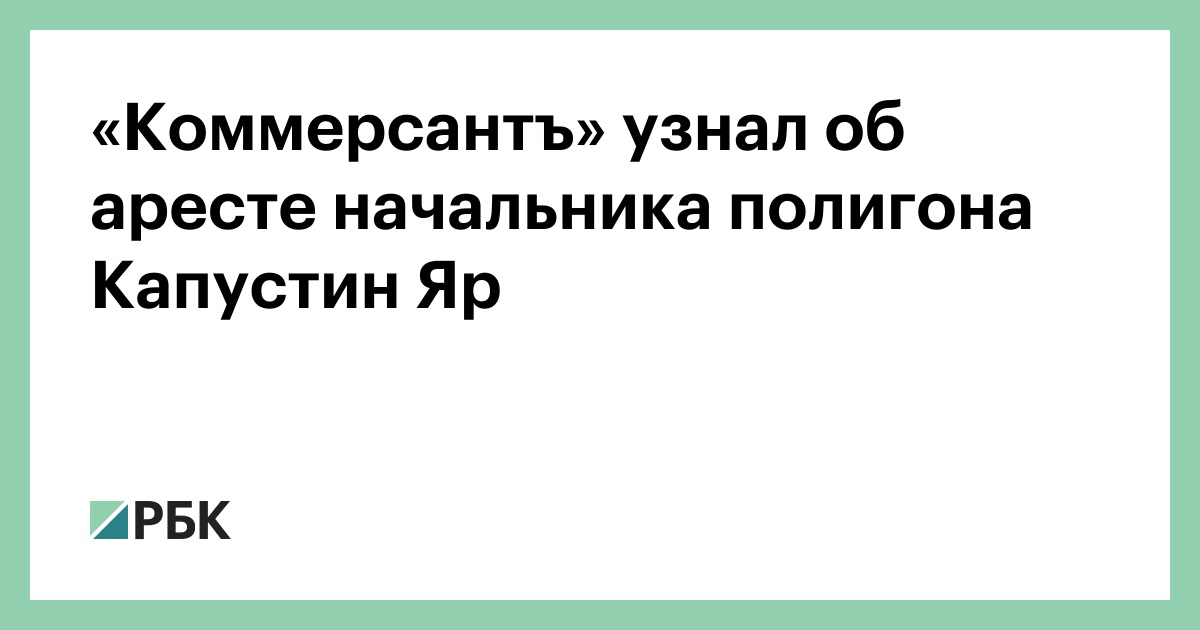 He was charged with taking a large bribe. Earlier, his subordinate admitted that he allowed a third-party company to take out 300 tons of fuel oil for a bribe for himself and the head of the landfill

The head of the Kapustin Yar military training ground, Major General Oleg Kislov, was placed under house arrest in a criminal case of bribery, Kommersant reports.

The case is investigating the loss of 300 tons of fuel belonging to the Ministry of Defense. It was pumped out from the territory of the 161st school of technicians of the strategic missile forces, which is located near the Kapustin Yar training ground, near Znamensk in the Astrakhan region.

According to the newspaper, initially the former head of the 161st school, Colonel Alexei Prudnikov, was arrested in the case. After spending some time under arrest, he began to cooperate with the investigation and admitted that in 2019 he allowed Ya-Avtodizel to pump out the school’s fuel oil storage facility with a volume of 300 tons. At the same time, the operation was recorded in the documents as cleaning a specially guarded military facility.

According to Prudnikov, Ya-Avtodizel took the fuel oil free of charge, but later the general director of the company gave him a reward in the amount of 1.9 million rubles. The colonel claims that he divided this money with the chiefs of Kapustin Yar and his immediate supervisor, Oleg Kislov.

On Wednesday, November 24, Prudnikov was released from custody and placed under house arrest, writes Kommersant.