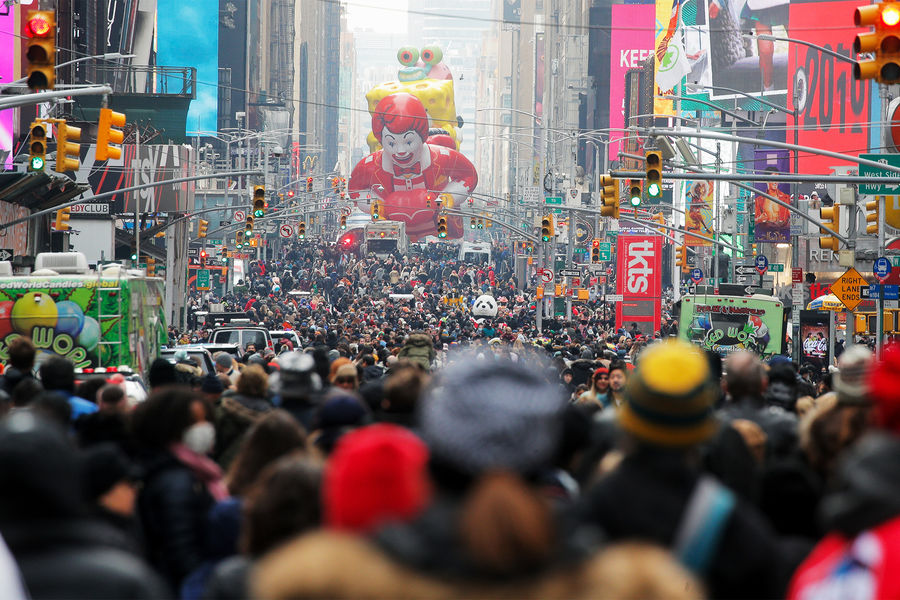 Thanksgiving Day is celebrated in the United States on November 25. A traditional parade of giant inflatable toys took place in New York on Thursday.

The procession was watched by residents of the city and tourists. The most colorful and massive daytime spectacle symbolizes the opening of the season of Christmas sales.

The holiday itself goes back to the very first settlers from England, who founded the Plymouth colony. Local Indians taught them what crops could be grown in rocky soil, and the unexpectedly rich harvest was a reward for their efforts.

In 1621, the first governor of the colonists, William Bradford, proposed a day of giving thanks to the Lord. This meal, shared with the Indians 400 years ago, was the first Thanksgiving celebration.

According to an old tradition, several generations of the same family gather in the elders’ house for a festive dinner. Modern Americans eat on this day the same thing that their ancestors ate. Many dishes have become not only a tradition, but also some kind of symbols of the holiday: stuffed turkey with cranberry syrup and a large sweet pumpkin pie.

About how the parade of inflatable figures in honor of Thanksgiving is held in the photo reportage of Gazeta.Ru.