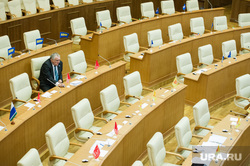 Parliament of North Ossetia did not support the bill on QR codes in public places
Photo: Vladimir Zhabrikov © URA.RU

news from the plot

QR codes will be introduced everywhere in Russia

The Parliament of North Ossetia did not support the federal law on QR codes in public places and transport. This was reported in the press service of the regional legislative assembly.

On November 12, the Russian authorities submitted to the State Duma two bills, which imply the introduction of QR codes for visiting public places and transport. Before discussing the draft laws in the State Duma, the regions should submit their responses to them.

Earlier in the Nizhny Novgorod region, the authorities began to abandon mandatory QR codes. The owners of public institutions will be able to decide for themselves whether to leave the access system or not, Tsargrad reports. The weakening of epidemiological measures is planned from November 26, specifies …