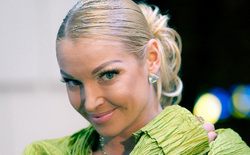 According to the ballerina, her romance with Kerry began in 2003.
Photo: Personal page of Anastasia Volochkova in Instagram

Russian ballerina Anastasia Volochkova revealed the details of her romance with American comedian Jim Carrey. According to the artist, the relationship with the actor was short-lived.

“Kerry arrived in Moscow on a private liner in order to see me in the ballet“ Giselle ”on the stage of the Bolshoi Theater. After the production, she walked with the actor on Vorobyovy Gory, but at that time was in a relationship with Suleiman Kerimov, so she clearly realized the impossibility of a relationship with Kerry, ”Volochkova said on the youtube show“ Yes, No, No ”.

According to the ballerina, her romance with Kerry began after breaking up with a businessman, when she visited the United States in 2003. “It is very difficult when you realize that you have a short relationship with a person you have already fallen in love with,” Volochkova clarified. The fact is that the ballerina did not want to move to the USA, and Jim did not want to move to Russia.

Earlier, Volochkova filed a lawsuit against the Bolshoi Theater due to the fact that in her work book the Bolshoi personnel officer did not indicate four years of experience and now the ballerina does not receive a pension. According to her, the theater owes her about 200 million rubles for all the years of cooperation. …