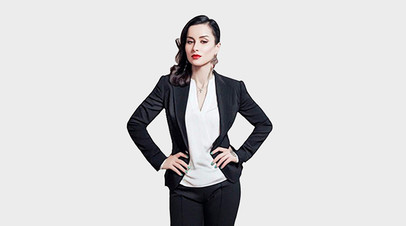 94 film roles, three Oscar nominations and countless awards from academies and festivals. World-recognizable images of Edward Scissorhands, Sweeney Todd, Willy Wonka and, of course, Jack Sparrow. Johnny Depp’s contribution to world cinema cannot be underestimated. Johnny has starred in blockbusters and arthouse films, voiced cartoons and produced 11 projects. But one of the projects of his life was a horror film called “Marriage to the actress Amber Heard.” 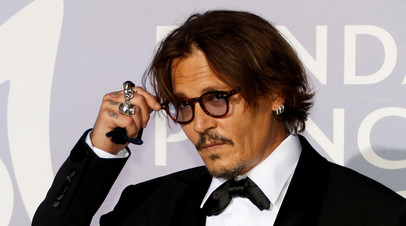 Life after the scandal: Johnny Depp announced a boycott by Hollywood

Johnny Depp believes that Hollywood has boycotted him because of the scandal surrounding his relationship with Amber Heard. The actor told about this in his …

No, Johnny Depp is not Harvey Weinstein. He was never convicted of molesting women. The actor is rather a lost romantic, who was too much addicted to alcohol and drugs, but was a living illustration of the expression “you can’t drink talent”. Producers could boldly pray for Johnny, who earned them billions of dollars at the box office. Depp’s career did not go uphill – she was always on this mountain, unattainable for the vast majority of his colleagues.

In general, the honorary Donostia award for his contribution to cinema, which the jury of the San Sebastian Film Festival decided to present to Depp, is more than a well-deserved prize for an actor. But here I must say that the now flourishing cancel culture – the culture of canceling people for violating the postulates of the new ethics – easily grinds any people in its millstones, regardless of their merits.

In the biography of the actor, there were accusations of beatings by his own wife. And here it is very important to note the following. In Western courts, the reputation of the prosecutor or witness is very important. Prosecutors often refuse to defend a victim’s rights if she is convicted of lying or unlawful behavior. The materials of the court on the protection of the reputation, initiated by Depp against Amber Heard, confirmed that she herself beat the actor, threw tantrums and provoked conflicts. Nevertheless, Johnny Depp was unable to refute Heard’s claims that he is a “beater of women”, that is, he could not refute the very wording. And the gates of hell immediately opened at his feet – Depp was canceled.

For such a cancellation, objective evidence and court verdicts are not needed. All you need is a certain public consensus, which is too often based on unverified rumors – and that’s it, the victim of this wave becomes a condemned and despised man with a wolf ticket, that is, with a de facto ban on the profession. Johnny Depp fell into the abyss and was included in the list of non-handshake people.

He lost his role in the next sequel to the super popular franchise “Pirates of the Caribbean” and, ironically, lost his role as Grindelwald in the sequel to the movie “Fantastic Beasts and Where to Find Them”, although he played there a really fantastic creature.

Arriving in San Sebastian, Depp immediately became the target of attacks by the Association of Women Filmmakers of Spain. Like, if you are an aggressor, it doesn’t matter how great an actor you are. In this situation, the director of the festival, Jose Luis Rebordinos, showed an example of sanity. He said two obvious things. First, there are no charges or verdicts against Depp, and therefore, the presumption of innocence and the right to reintegration must be respected. Second, he stressed that social media lynching has become commonplace.

The actor himself said approximately the same thing at the press conference: no one is protected, one word is enough, and the carpet will be immediately pulled out from under your feet. Yes, the culture of abolition is so cruel that in the absence of guilt, its victims have no right to forgiveness and restoration of their rights. There is no statute of limitations, no amnesty, no parole.

In their films, Johnny Depp’s characters have faced real devilry. And now, to face them, it is enough to open any social network and hear: “Crucify, crucify!”

The point of view of the author may not coincide with the position of the editorial board.