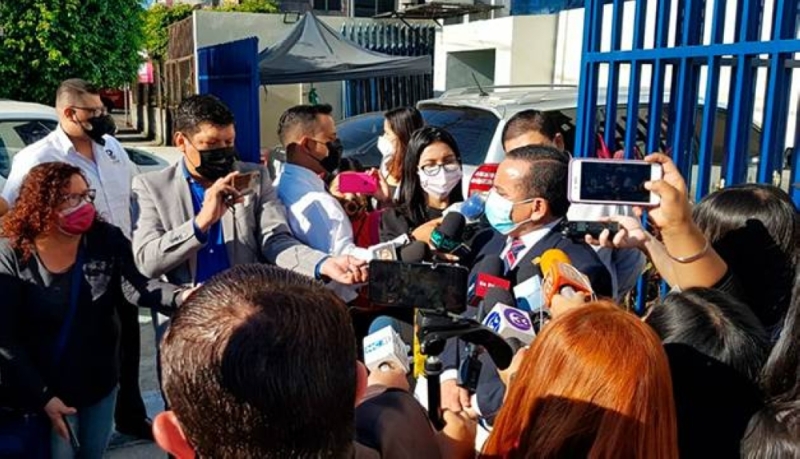 The legal director of the Court of Accounts, José Napoleón Domínguez, arrived at the Prosecutor’s Office to file the notices.

The Court of Accounts of the Republic (CCR) presented this Monday notices of possible crimes in nine mayors governed until April 30, 2021 for a total of $ 7 million.

The highest amount observed is $ 4.4 million that would have been misused in the previous administration of the mayor of San Sebastián Salitrillo (Santa Ana), in the period from June 1, 2020 to February 28, 2021.

Likewise, the previous management of the mayor of San Francisco Menéndez (Ahuachapán) is questioned for $ 553,063.99 that were used from January 1 to December 31, 2020. The funds were assigned through decrees approved by the previous legislature to address the emergency due to the covid-19 pandemic and the red alert of storm Amanda.

In fact, seven notices against the same number of municipalities are linked to the administration of funds to attend the covid-19 pandemic and two are related to the use of the Fund for Economic and Social Development of Municipalities (Fodes).

The CCR law obliges the holders of the institution to “immediately notify” the attorney general of the Republic of the possible crimes they find.

Previous Jesús Mendoza and Los Catrines: this is how the singer was after being assaulted and beaten with a pistol in California | United States | USA | US | Celebs | nnda nnlt | FAME
Next Casio Collection MQ-24, a “very light, practical and simple” watch with almost 20,000 opinions