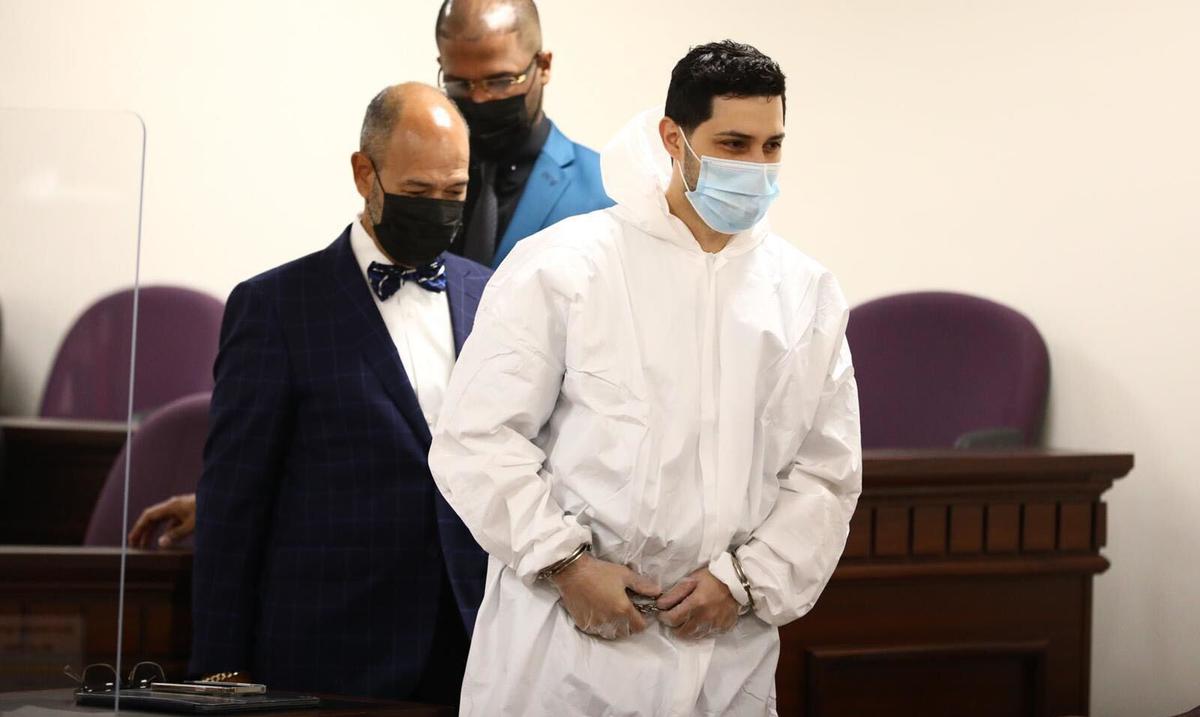 Jensen Medina’s defense confirms that he will appeal the sentence: “The process is not over yet”

Upon his departure from the Fajardo Court, following the 129-year prison sentence handed down against Jensen Medina Cardona for the murder of Arellys Mercado Ríos, the defense attorney, Jorge Gordon, He confirmed that they will go to the Court of Appeals and anticipated that the process could last “a year and a half, probably two years.”

“The process is not over yet. It’s just part of the process, ”Gordon told media questions this morning. “It is obvious. We have continued with the procedure by appealing to the Court of Appeals. This is the time to appeal too ”.

In his first statements from the preliminary hearing stage, Gordon announced that one of the arguments they will present will be that the case was affected by the exposure it received in the media because he understands that it affected “not only the decision, in everything, in the whole process, definitely ”.

He also said that “there is evidence that was admitted by the defense, which is the NVR (video recording system from security cameras) that we have been talking about. That is a fundamental piece that they could see in the courtroom, at the end of the process, when our expert presented it and compared it with the other evidence that there was, which is evidence # 11A, B and C, and evidently the witnesses of the ministry had already paraded public and those who were present, “said Gordon.

He stated that “the three eyewitnesses who identify my client, tell the court a series of events that allegedly took place and that are not captured, because evidently it did not arise as they declared in court and we had to confront them with the evidence that we had in the hand”.

“With the NVR we would have led them much more to contradict their testimony, particularly what they talk about that this person, our client, turned and bungled. That never happened. Besides that it never happened, he never pointed and shot him. That’s another event coming out of the NVR, ”he added.

Gordon also called the process “very bumpy, very unfortunate. It was also a pandemic year and that affected some decisions, in the sense that, despite the fact that the court did all the best it could have done, it really had to make decisions taking into account the pandemic that we suffer and that we continue to suffer from ” .

For his part, the prosecutor Yamil Juarbe assured that the Public Ministry has already begun to prepare to face the appeal that the defense of Medina Cardona takes.

“We are prepared and ready. Already the Secretary of Justice (Domingo Emanuelli), through the Attorney General, has appointed personnel from that office to answer each and every one of the proposals that they have to do ”, he stated. “I don’t know what they will be because in two years and two months they have all done them. But certainly we are ready and prepared to defend this conviction ”.

Emanuelli, in written statements, indicated that the case was proven beyond a reasonable doubt “with clear and convincing evidence.”

“Medina Cardona was guaranteed due process of law in a trial that lasted two years. The court’s determination was correct, made in law and was based on the evidence presented. So that we are confident that the Public Ministry will prevail again in any of the instances. Arellys’ family can feel confident that we will continue to defend her until the sentence is final and firm, ”added the secretary.

Regarding the expressions of Medina Cardona in court, meanwhile, the prosecutor did not want to pass judgment “for what could have crossed the mind of this gentleman, now a convict. The reality is that during the commission of the events, he did not show any sensitivity for the victim ”.

“During the entire process, and the people of Puerto Rico saw it, what they showed was a coldness that would make anyone’s hair stand up,” he said. “What he said today is in tune with what the defense presented that finally accepted that it was Don Jensen who killed and blinded the life of Arellys Mercado Ríos.”

Juarbe hopes “that this sentence will serve as an example to others who are thinking of doing the same. This is also a message of no, to sexist violence. Enough of beating and mistreating our women ”.

“Responding to crime victims is our priority and today the judge, with this sentence, sends a message of no to impunity,” he said. “What it does is cause more crimes, what it does is it moves criminals.”

Previous Chinese horoscope: the lucky months for your sign in the Year of the Tiger
Next “Muma” Fernández from Mexico tells that he left because of the “Pact of Gentlemen” and reveals what Diego Vázquez told him