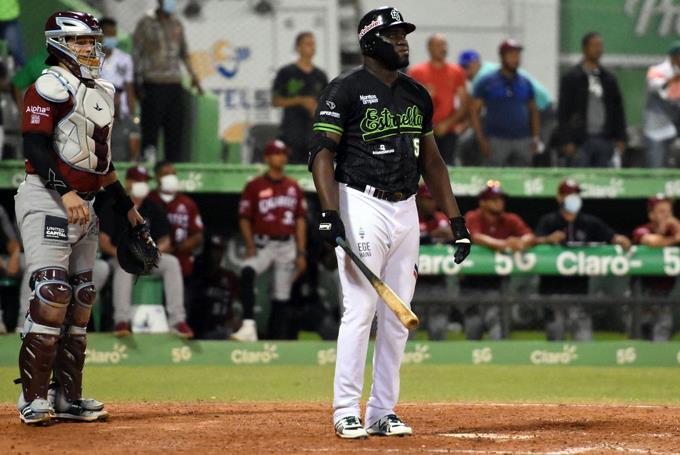 Dominican outfielder Sandber Pimentel was reprimanded by the Professional Baseball League for receiving money from a fan after hitting a home run last Sunday that gave his team, the Estrellas Orientales, victory over the Gigantes del Cibao.

Pimentel was sent to pinch hit at the end of the ninth inning at the Tetelo Vargas stadium in San Pedro de Macorís (east), home of the Stars, when the clash was lost by his team 3-4.

Pimentel dispatched the homer that allowed the locals to come back and win 4-6.

As Pimentel celebrated his victory with his teammates, a fan standing in the lower boxes called him and then gave him 20,000 pesos (about $ 348) for hitting the winning ball.

The president of the Dominican Professional Baseball League (Lidom), Vitelio Mejía, admonished the player for receiving the money.

The moment the bettor gave the money to Pimentel was recorded, the video went viral and caused the reaction of the league.

“Mejía contacted the player, who is very sorry for what he did, and promised that he would return the money to whoever gave it to him. In addition, the president of Lidom had conversations with the Dominican Federation of Professional Baseball Players and with the management of the Eastern Stars, “a source from the League told Efe, who requested that his identity be reserved.

The Stars and the Giants, together with the Tigres del Licey and the Águilas Cibaeñas, league champions, compete in the semifinals of the tournament.

The finalists, in addition to fighting for the title, represent the country in the Caribbean Series to be held in Santo Domingo.

Previous China continues with its mallet and puts the stamp of obsolete to bitcoin mining
Next Kim Kardashian and Floyd Mayweather Jr. are sued for scamming investors