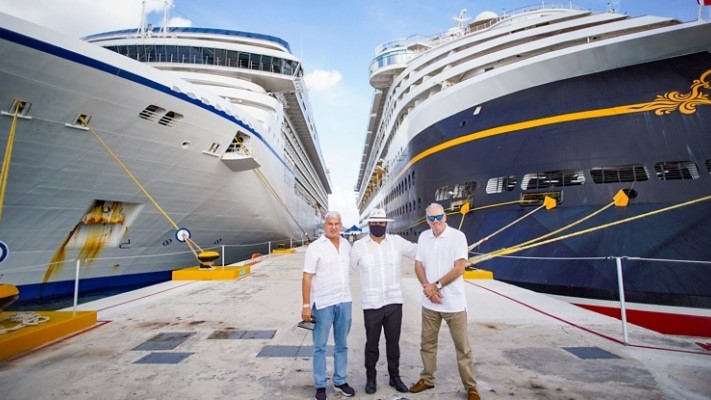 The Spanish cruise company Atlantic International Cruises SL announced that it intends to unite Mexico and Cuba with trips departing from Cozumel beginning in late 2022.

According to executives of the firm present in Mexico, their intention is that Cozumel, more specifically the cruise ship dock located in Punta Langosta, be the port of origin of a route that connects the Mexican port with Havana.

According to the specialized medium TouriNews, This would cause an increase in air connections with Cuba, as well as a greater economic impact in the Mexican tourist enclave.

Although the businessmen did not specify how many passengers they would transfer on their trips, they did explain to the media that they would have a ship with capacity for around 1,000 tourists.

In addition, Atlantic International Cruises SL announced that the operations of the new line could begin from autumn 2022, perhaps from October.

According to the medium Noticaribe, the mayor of Cozumel, Juanita Alonso Marrufo, said that the connection would increase and improve the tourist offer of Cozumel, while the director of Tourism and Economic Development of that enclave, Badih Sleme Flores, explained that one of the guiding principles of the administration municipal is to generate “economic environments”.

Officials said they hope that travelers from other states of Mexico or abroad, as well as locals, can board the ship to visit the island without the need to apply for a visa.

Since Andrés Manuel López Obrador came to power in Mexico, his government’s alliance with Havana has been steadily deepening.

In December, Cuban tourism authorities said they hope to bring up to 40,000 vacationers from that country to the island in 2022.

According to the Grupo Skedio agency, which has been operating in Cuba for 20 years, in order for the presence of Mexicans in the tourism industry to grow, the frequencies of flights between the two countries must increase, which until then were only eight a week.

The Cuban authorities are trying to reactivate markets affected by the closure of borders after the Covid-19 pandemic, as well as opening new ones, and Mexico is among the top ten countries that send tourists to the island, the site reported Travel Trade Caribbean.

The Cuban government has not concealed its anxiety that the inflow of foreign currency implied by the tourist business will be reactivated, after the reopening of the airports to commercial flights since last November 15.

However, the increase in Covid-19 cases favored by the new Omicron variant both on the island and in the world has made the expected takeoff difficult.