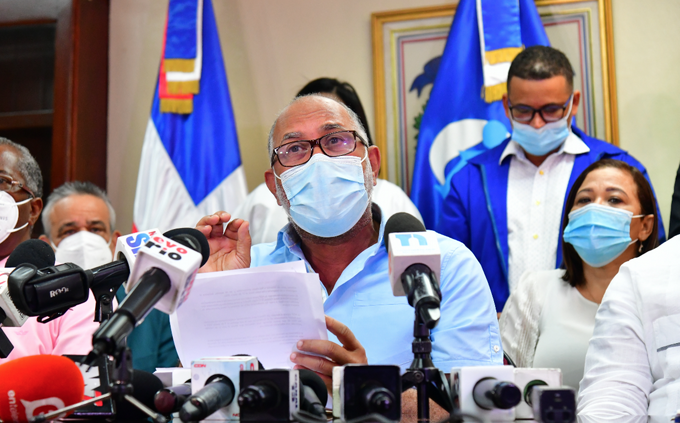 The Dominican Association of Teachers (ADP) assured with satisfaction yesterday that its call to abstain from face-to-face class achieved a “great reception” from teachers nationwide, in open opposition to the call of the Ministry of Education to comply with this traditional pre-pandemic modality.

The argument of the teachers’ union for opposing face-to-face classes for now is that we have to wait until the level of Covid-19 infections decreases, or else the virus is “properly controlled”.

Although the ADP assured that it is still in the process of collecting official information, its executive committee announced that the request made to teachers was 100% accepted by the provinces Bahoruco, Samaná, Sánchez Ramírez, San Cristóbal, Espaillat , Hermanas Mirabal and La Altagracia.

Yesterday, Tuesday, 2.8 million students were called to rejoin school campuses to begin the second quarter of the 2021-2022 school year.

Despite the disposition of the Ministry of Education and the Health Cabinet to reopen classes in person, although “voluntarily”, most of the educational centers of the National District did not return to face-to-face as planned, because in the center of the capital, the teachers also heeded the call of their guild.

Empty schools
School campuses such as the Liceo Unión Panamericana received a part of their enrolled only to inform them that, starting tomorrow, that center will continue the teaching process from home. A similar situation occurred in the schools República de Haiti, República de Colombia and República de Honduras, where it has not been possible to teach, because both teachers and students were absent.

Although these schools did not start classes, the campuses prepared for the day.

According to their administrative directors, in recent days, representatives of the Minerd were supervising that the school buildings had the sanitary protocol dictated by the authorities to restart classes.

Previous New York is a colossal dance floor in this vibrant Nike spot
Next Xiaomi robot vacuum cleaner that empties itself … reduced € 240!