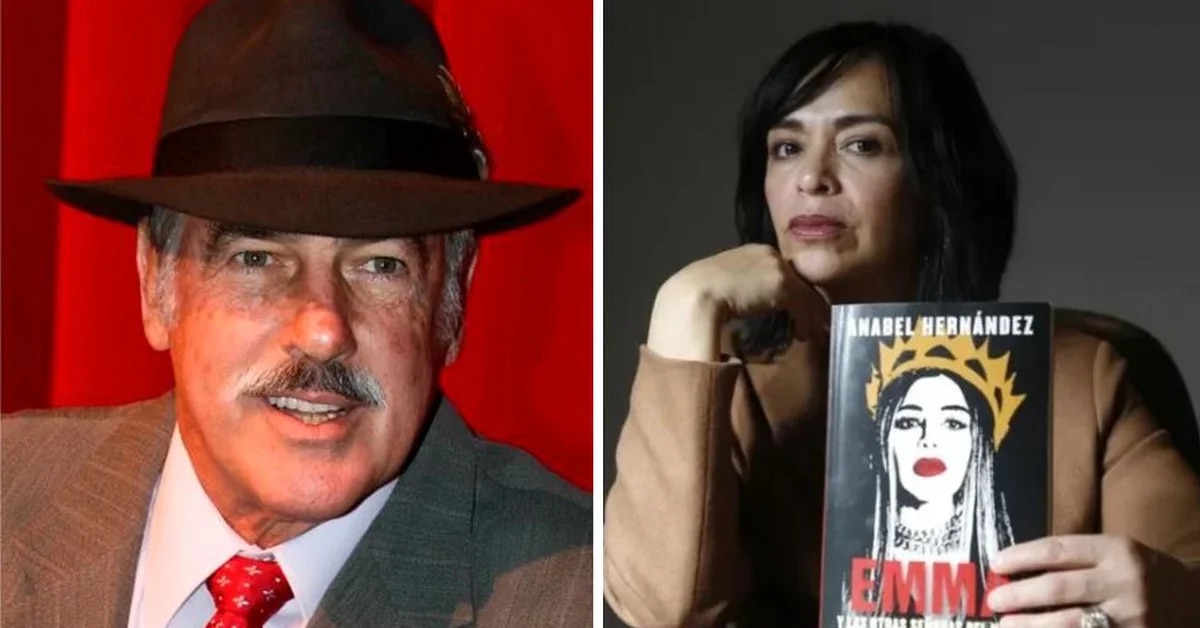 Anabel Hernández responded to Andrés García: “I hold each of my words”

Since the publication of the book Emma and the other narco ladies in December of last year, the journalist and author of the same, Anabel Hernandez, has been the target of the media, as well as has been the subject of harsh criticism from various personalities of the entertainment industry in Mexico due to the disclosures that are read between its pages.

Galilea Montijo, Sergio Mayer, Ninel Conde, Joan Sebastian These are just some of the names that the journalist mentioned of allegedly having had an alleged relationship with leaders of criminal organizations in the country. However, the aforementioned were not the only ones that appeared in the book.

Recently, the actor Andres Garcia informed that he will file legal actions against Anabel Hernández. In this message, the interpreter of Pedro navaja He insulted the journalist in various ways and assured that he does know more than one drug traffickerHowever, he pointed out that he did not earn money from them.

“Emma and the other narco ladies” revealed the alleged relationship of various entertainment figures in the country with members of criminal organizations (Photo: Amazon)

In interview for The Eighth, Anabel Hernández responded to the actor’s statements and affirmed that in his work there is no mention that García has had any type of business or with any of the bosses that are talked about.

“There is not a single line that points to that. What my witness says is: ‘he goes and sees the Beltrán Leyva family there with Andrés García at his house in Acapulco in Pie de la Cuesta’, which is what Andrés García himself had rectified in so many other interviews. On the other hand, that he imagines that in the book there is a line that says that the witness involves him, or that I write a line that says that he was a partner or received money from drug traffickers, that is only in his mind”, Asserted the author.

He also mentioned that lAnd the reaction of Andrés García was surprised, as he said that there is an “anomaly” in their position. Despite the harsh message that the actor launched, the journalist was calm.

The journalist mentioned that “she supports each of her words (Photo: EFE)

“I hold each of the words and lines that I wrote about the actor Andrés García. There is not the slightest doubt about what I wrote, not only because the witness of the events saw it with his own eyes, but because the actor himself, after the book was published, gave several interviews where he spoke: ‘yes, it’s true, I knew them all, they were my friends’, and described them according to his own experience “, he sentenced.

On January 9, through his eponymous channel Youtube, the protagonist of The body of desire shared a video titled Message for Anabel Hernández. In said audiovisual material, he assured that He is the most famous actor on the continent and that the journalist is taking advantage from it for her to get attention.

“I have to answer a journalist, record journalist, cretin and climber, that he has started saying things that are not true and that he is going to have to check them because I’m going to sue her. He allowed himself the luxury of saying that I am a member of the narcos. Narcos his chingad * mother and father, he can point to them as drug traffickers, “said the actor.

The actor assured that Anabel Hernández seeks to hang on to his fame (Photo: Screenshot)

The dominican reaffirmed his friendship with Arturo Beltrán Leyva, aka The Beard, while denying having met with Joaquin Guzman Loera, better known as El Chapo.

“You say in your pinch * shit book * that I have been a partner and have made money with the bosses, and as I said, I know almost all of them, and some are much more decent and much kinder than her, but of there, that I have made money with them, that I check it, She is going to have to prove it before a judge because I am going to sue her. She can’t go around saying assholes to get famous (…) It’s a cockroach, “said the protagonist of You or Nobody.

Previous Germán Villa does not see with good eyes the signing of Jonathan dos Santos with Club América
Next Grettell Valdez: why the Mexican actress should have a finger amputated | Celebs nnda nnlt | FAME