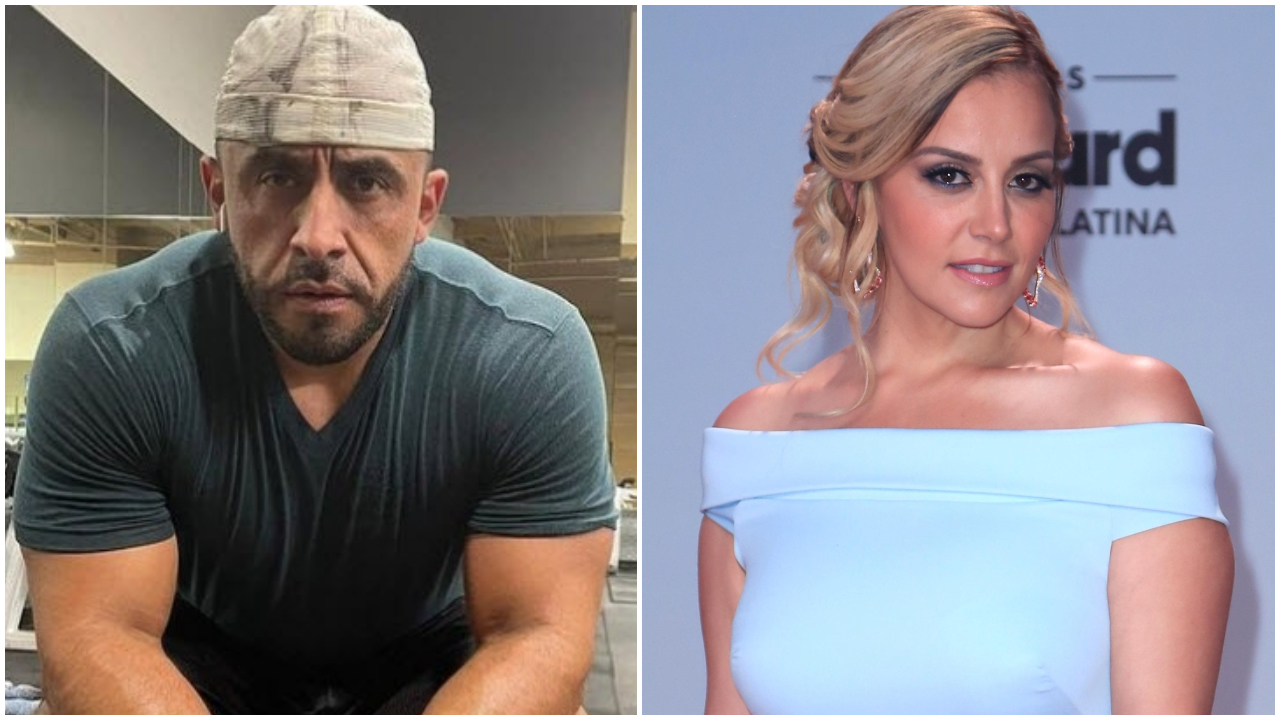 Rosie and Juan Rivera They visited their mother on January 11 to share with her in one more episode of their Doña Rosa Cocina YouTube channel, they recalled some experiences where they got hit with other people.

Although they did not talk about the press conference offered by the music producer, they did touch on family problems.

Does Doña Rosa have the power to stop her children from fighting?

The matriarch of the Rivera dynasty shared some of the comments that followers make on social networks, because they believe that because she is his mother, she can put order and end the problems.

Turning to Juan and Rosie he said: “People think that I can grab you and sit you down like when you were little and give you a blow (blows), they think they will listen to me“.

“As if they weren’t big […] They think that one is going to control them, but no“He added in the talk.” And tell your grandchildren, tell your children, I wish they had these big guys to calm them down, but no, everything is very easy from the teeth out. “

Doña Rosa challenged those who think she could put order: “For people who find it very easy to control these Riveras come and check them, to see if it’s easy. “

Juan said that despite everything he does not hate his brother Lupillo and, although at the press conference he said that there is no possibility of reconciliation, at his mother’s house he mentioned that they do not have to be enemies: ” You don’t have to be a friend, but you don’t have to be an enemy eitherWe can run into each other and tell each other what’s up and now, without problems, I don’t hate anyone, I don’t want a lawsuit with anyone. “

The Rivera ask for creativity for insults

Members of the dynasty have long been the target of criticism and insults. However, the music producer confessed that he is amused by reading the attacks.

“In the last weeks they put a lot of mice, some of the insults are good ‘cool’, If they are going to insult me, let it be with style“He recalled a recent one:” One of the coolest is when the girl asked me why better not my mother aborted me“. Doña Rosa answered in this regard:” Because I did it with a lot of desire “and Rosie added with humor that the users “be creative” when it comes to insulting.

Rosie also reflected on the offenses and bad wishes they say to her family: “What comes out of their mouth is what they would do. There are ridiculous people, the most ridiculous I have seen is: ‘She had Jenni killed to stop stay as executor ‘, then I say she would kill her sister because it would not occur to me. “

Do the Riveras want to hire a team of bodyguards?

After the controversy that began in recent days between Juan, Rosie and Jenni Rivera’s children about the inheritance and the management of the companies, they have been insulted, criticized and even threatened by users.

Given this, they mentioned that despite everything, they do not plan to hire a security team to safeguard their well-being and Juan explained why: “There are people who post comments and to be able to negative comments they have to create a fake account, that is, from a false account they have to do it. The ‘net’ (truth) I’m calm machín, thank goodness. Yesterday I arrived and my mother gave me a big hug, how my mother has to hurry and I not, “he said serenely.

Despite the family war that exists, Doña Rosa knows that it is temporary and one day it will end: “Everything passes, not everything is going to last a lifetime“, ended in the ‘live’.

Previous Patrice Evra: “In the world of football, if you say you are gay, it’s all over”
Next The NY Giants fire Joe Judge as coach – Telemundo New York (47)