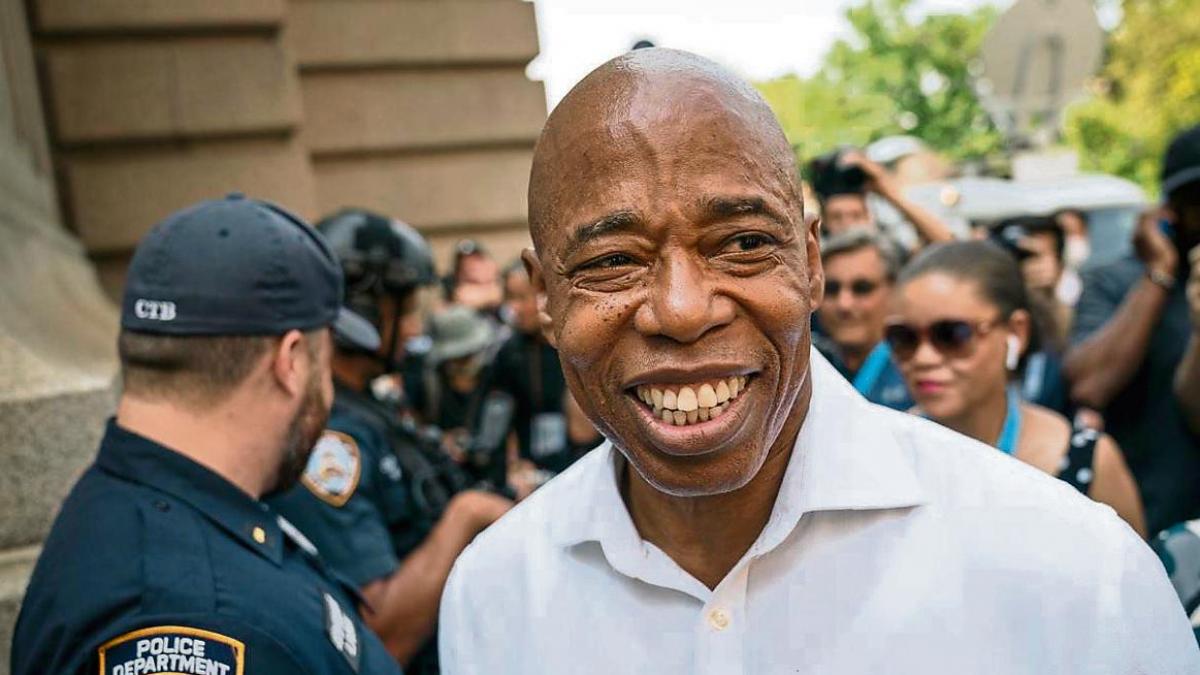 Although the challenges are different, the New York that its new mayor, Eric Adams, has taken office, reminds many of the city that Michael Bloomberg inherited in 2002 after the 9/11 attacks.

All comparisons are odious, but the fall of the Twin Towers in September 2001 and the impact of the pandemic since March 2020 are a couple of tragedies united in the collective mind as the two contemporary moments that have most abruptly interrupted the daily life.

Eric Adams took over a city hit by the pandemic, to which is added the tragic fire in the Bronx

Adams, a former New York Police (NYPD) captain turned Democratic Party politician and the Big Apple’s second black mayor, has not been in office for two weeks and already knows what the punishment of public opinion means.

There are many suspicions that have led to the appointment of his brother, Bernard Adams, as deputy to the headquarters of the NYPD, and Philip Banks III as lieutenant prosecutor for citizen security, after he resigned from the police force in 2014 when he was the subject of a federal corruption investigation.

Adams picked up the command staff on January 1 with renewed energy. He was seen everywhere, on the subway or on a bicycle in Manhattan, lowering the pole of a fire station in Queens, announcing the arrest of 17 gang members or at a press conference for the cold wave before dawn on a Friday when it was snowing. An unexpected hour for his predecessor, Bill de Blasio, famous for falling asleep and being late to early acts.

His main bet in these beginnings has been to fight the pandemic. He adopted measures to strengthen the hospital system and made a strong bet to keep schools open, despite the expansion of the omicron variant and the fact that they have closed in other cities, such as Chicago.

All this display of energy from his debut, and much more, has been overshadowed by the deadly catastrophe of the fire in a building in the Bronx, with 17 deaths (eight children).

He immediately went to that place last Sunday. His message was one of unity in the face of terrible losses in the worst fire since 1990, also in the borough of the Bronx. “In misfortune we have to give support to each other,” he said.

This sinister has put him on a silver platter, however, a scenario in which to demonstrate his connection and closeness with citizens when accusations of nepotism and with a certain aroma of immorality or lack of ethics due to his appointments fall on him.

Banks’ choice as his right-hand man in city government discouraged even those close to him. The election of the controversial former police chief was an unexpected move, for what he represents in terms of ignoring ethical concerns, which he even more surprised when he announced it in an article in the Daily news .

The credibility of this deputy mayor is in question. Only his resignation from the uniform allowed him to evade an indictment in a case that ended with a few indictments.

The mayor assures that Banks has admitted that he made mistakes, although he was not charged with any crime. That crony has already manifested itself with the appointment of David Banks, brother of former police officer Philip, as chancellor of public schools, and his partner, Sheena Wright, as deputy mayor of strategic operations.

The family connection is expanded with the appointment of the mayor’s brother, Bernard, to the second-highest rank in the NYPD. Faced with criticism, Adams responds that he wants Bernard to monitor his safety for the threats of white supremacism and hatred: “He is prepared and I need someone to trust.”

The most popular quarter dollar coin that survives the age of plastic money, will be illustrated with Maya Angelou, a legendary African-American poet and activist. Angelou, who passed away in 2014, thus becomes the first black woman to receive this honor and the pioneer in a series of coins that will soon be in circulation to commemorate American women. This was announced by the United States Mint. “It is an honor to present the first national currency dedicated to celebrating the women of our country and their contribution to the history of the country,” Ventris C. Gibson, deputy director of the aforementioned institution, said in a statement. “Maya Angelou used words to inspire and elevate our lives,” he added.

Previous Luis Felipe Tovar reveals that a few days ago he was about to die
Next “I would like to study medicine to be a contribution to the public health of the country”: Cristian Pérez, national score of the Andrés Sabella Lyceum of Antofagasta