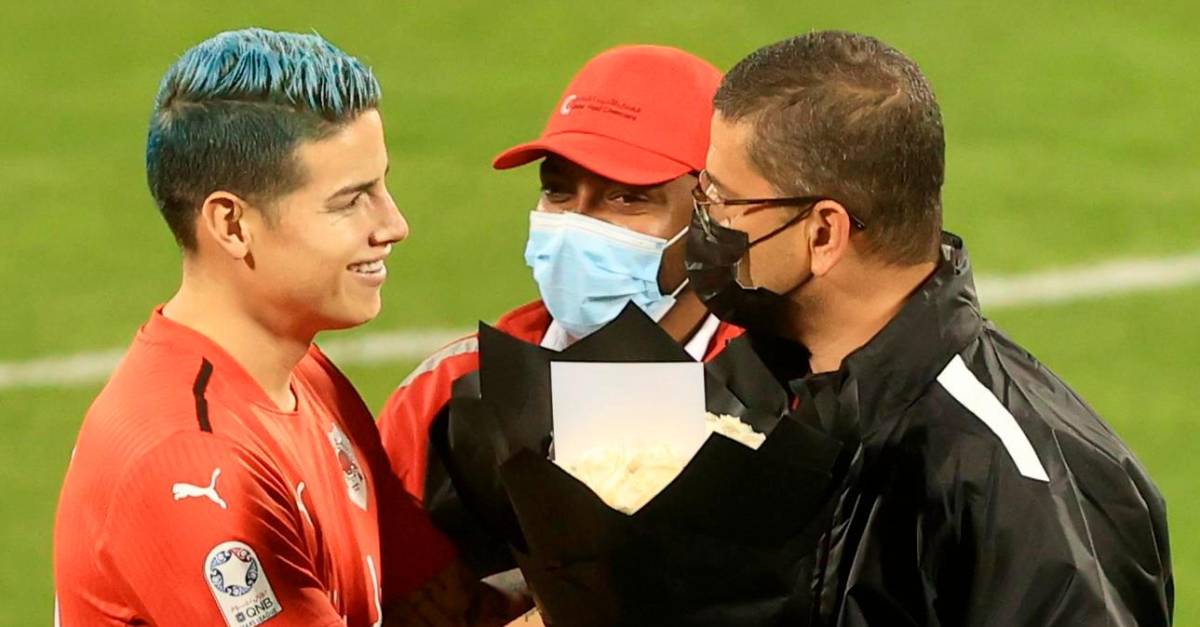 The Colombian James Rodríguez became the figure of the last 45 minutes of the duel that Al Rayyan played this Monday against Al-Wakrah, when scoring double.

It must be remembered that the commitment was disputed last Saturday, but before the fading of a player in the rival field, the teams agreed postpone the duel.

Finally the Senegalese player Ousmane Coulibaly, who suffered a heart attack, is recovering satisfactorily and therefore the duel resumed this Monday.

Al Rayyan won 1-0 with both Shoja Khalilzadeh, at 18 minutes, after heading a corner kick kicked by James.

This Monday the rest of the commitment was played and the Colombian was present in the second and third goals.

The first of his account came after moving play, at 68 minutes and through a good combination of passes, to stop the ball with his left and shot from the right and beat the rival goalkeeper.

James’ second goal came four minutes later, in one of his specialties, the ball still. The Colombian took the free kick and sent it to the back of the net, to establish the final 3-0.

This victory falls well for Al Rayyan, who need to score points to improve their position in the table, as they are close to the drop zone.

Before the match resumed, the teams from both clubs paid tribute to the group of doctors who saved the life of Senegalese Ousmane Coulibaly.