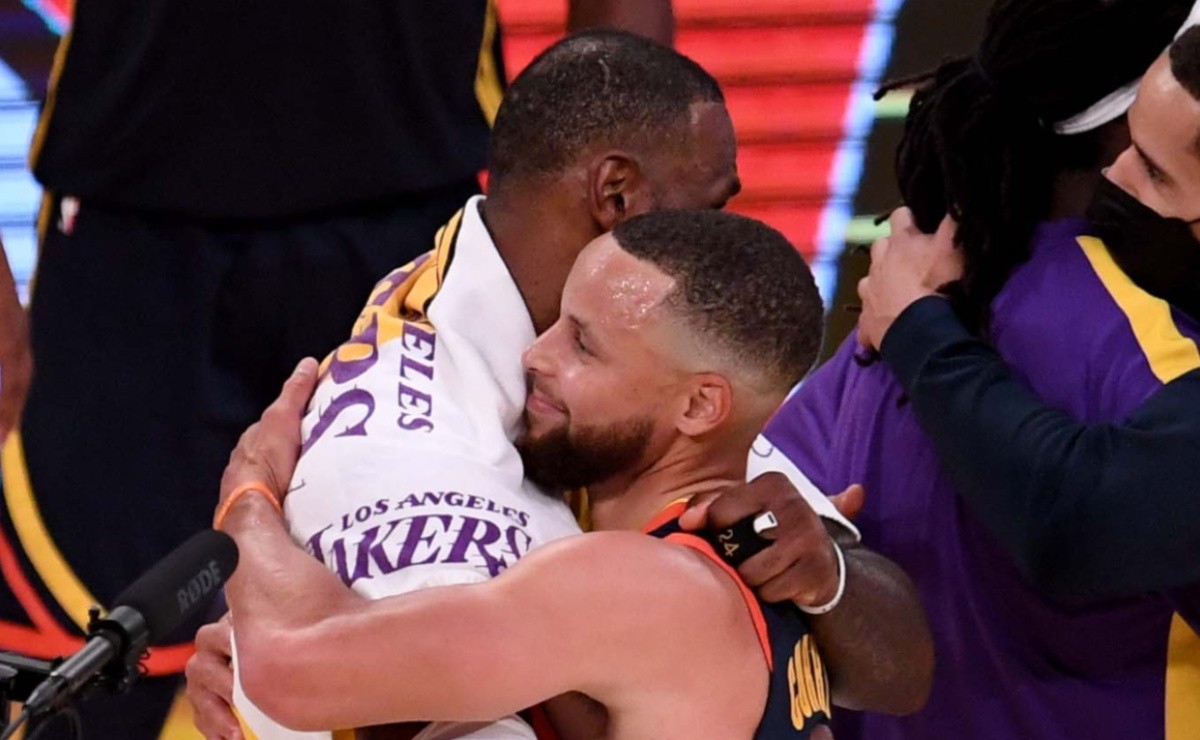 With an unmissable anecdote, Stephen Curry revealed the most special gift that LeBron James gave him. It was before entering the NBA!

In the world of NBA it was tried to install the narrative that Stephen Curry and LeBron James hated each other and could not be seen on the league courts, but … Time showed that between two of the most important legends of the modern era there is only admiration and respect.

As LeBron began to take his first steps in the NBA as a star, Stephen Curry broke into college basketball like the feeling that scored triples from impossible distances. The path of the two stars of the league was going to cross sooner than expected.

The most popular image that rivalry fans have Curry – LeBron It’s that Game 1 of the 2018 NBA Finals when Stephen and James were face to face and were about to fight. At that time they did not love each other, but there are a gift that began to mark the relationship between the stars.

Stephen Curry caused a sensation on social networks by answering questions from fans and among the answers revealed an unmissable story that had LeBron James giving a special gift to the star of Golden State Warriors.

“I was a sophomore in college and Lebron came to my games. In fact, I still have the shirt he gave me. He signed me a t-shirt. I think that was in November of my third year. On my wall at my parents’ house in Charlotte, it’s still there. And he wrote it to me, he called me the king of basketball in North Carolina. So I guess it’s like the kitsch of idols turned into rivals “stated Stephen Curry.