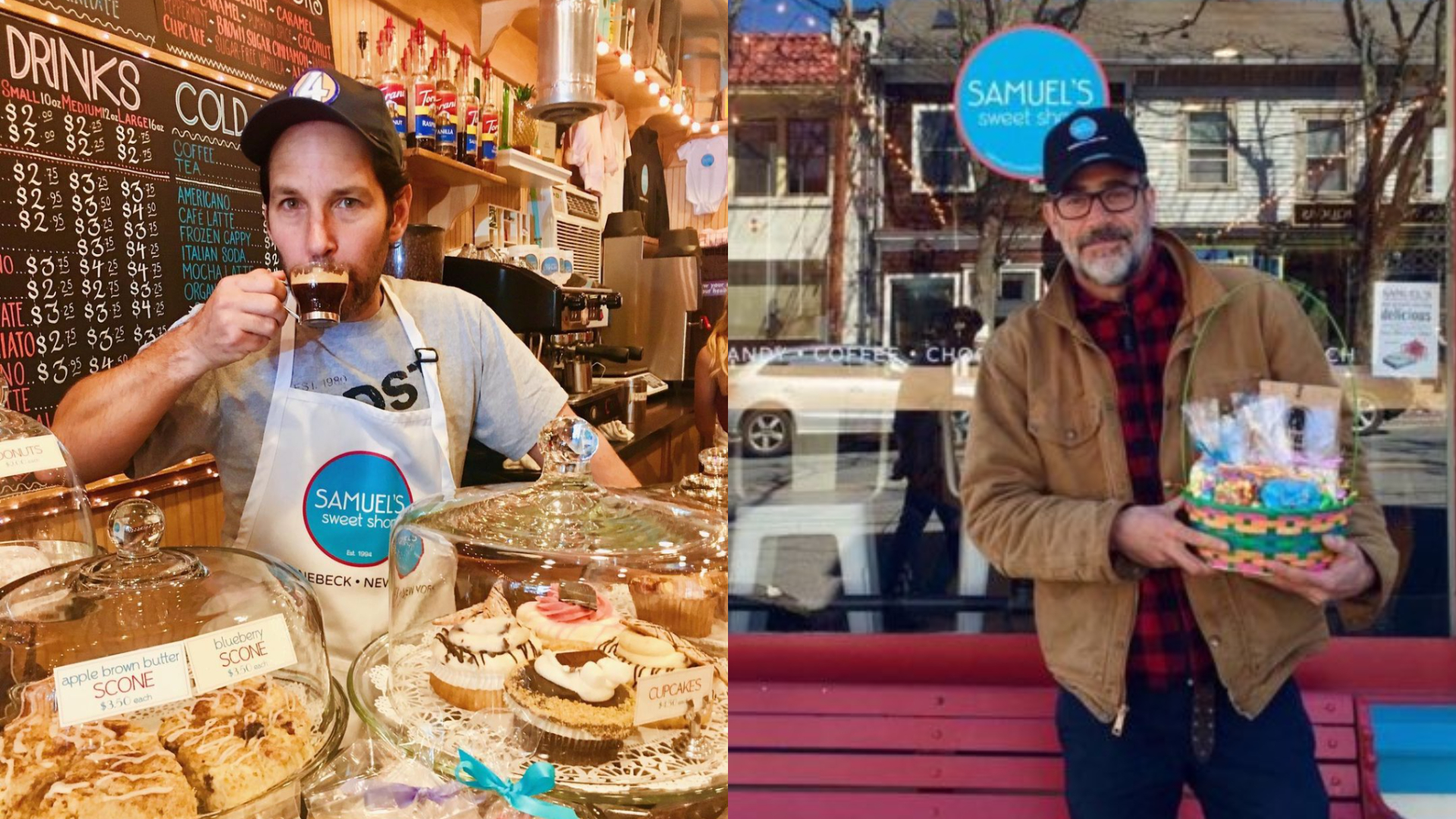 Samuel’s Sweet Shop it has a long history. The candy store located in Rhinebeck, New York, has survived several things, including the death of its owner in 2014 and the pandemic which forced it to close for a few months.

After its inauguration in 1991 by Ira Gutner, Samuel’s Sweet Shop has established itself as one of the favorite places for residents of the Rhinebeck community, where they precisely own a property Paul Rudd and Jeffrey Morgan.

Unfortunately, in 2014 Ira Gutner died at home of a heart attack, leaving the candy store and cafeteria with a latent risk of closing.

Rudd and Morgan, with their wives Julie Rudd and Hilarie Burton, respectively, they decided to buy this candy store in 2016 to continue enjoying the sandwiches they love so much and to keep alive the establishment that all the neighbors respect and visit.

In 2022, despite the difficulties experienced by this and several businesses around the world due to forced closures due to the covid-19 pandemic, Samuel’s Sweet Shop is still standing.

In this way, the Rhinebeck icon continues to operate, offering its customers their favorite sweets and hot drinks, upholding the legacy that Gutner left for the city.

Located on East Market Street, the candy store offers pleasures for both the eye and the stomach. A variety of cafeteria treats, desserts, cakes and drinks, assembled on counters and stacked on shelves, such as their traditional Sour Rainbow Belts, Muzzle Loaders and Clodhoppers.

John Traver, one of the faithful workers of the candy store, began working for Gutner when he was 15 years old and, after the death of the creator, Traver was hired by the actors to continue operating under the same philosophy.

“I continue to operate after Ira’s death. Due to a lot of hard work and good fortune, I continue to work, ”said Traver in 2016, who is now also a partner in the candy store.

“When I was 15 it was fun to go to work and sell sweets and coffee. Now, it is a different thing. We need this business to grow and be as successful as possible, to be able to employ more local people, so that we can buy more products from our local artisans, ”he added.