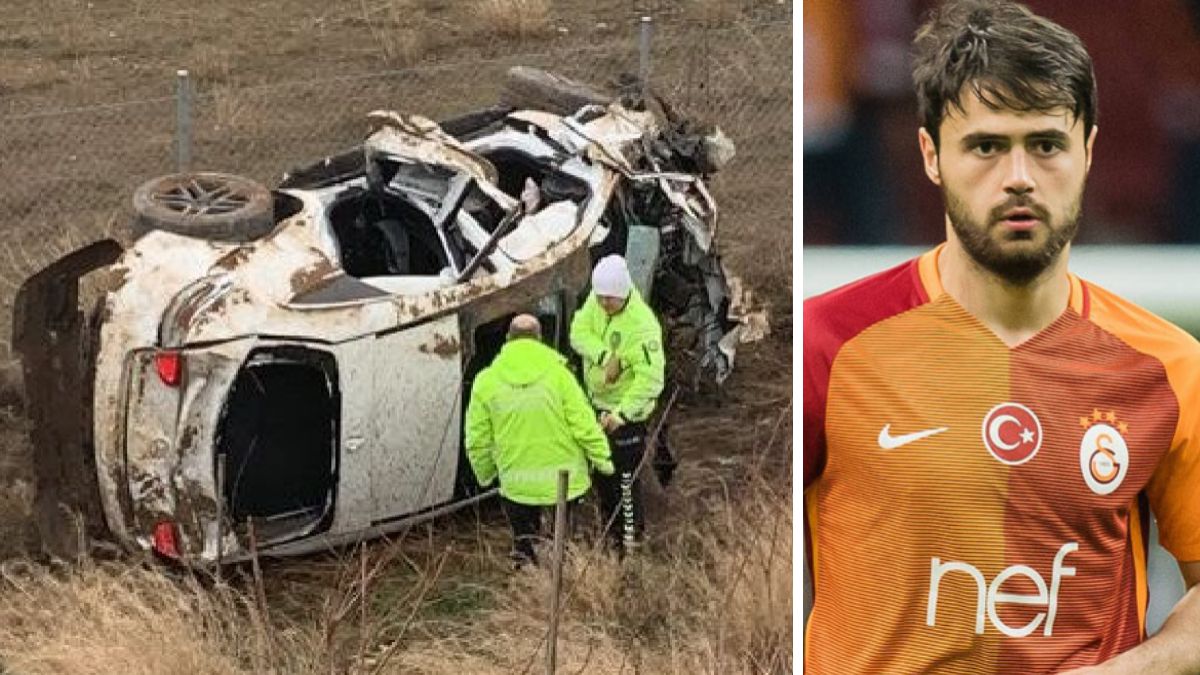 Konyaspor footballer and former Galatasaray player Ahmet Çalik died in a traffic accident in (Ankara) Turkey while traveling with his car. The vehicle went off the road, rolled several times, and ended up in a field. Despite attempts to save the 27-year-old’s life, the worst news was confirmed around 9 a.m.

According to the first investigations, the soccer player was traveling alone in his vehicle and he would be making the return trip from Ankara, where he had attended a wedding, when it crashed on the road through Hacilar in the Gölbasi district.

Çalik was a well-known central defender in Turkey. He became an international eight times, although since 2017 he did not wear the shirt of his country. His best moment came when he was called up for Euro 2016, although he did not play for a minute. Football then gave him a tough time at Galatasaray, which he arrived at very young from Genclerbirligi. In one of the giants of the country he could never settle and in the end he had to leave the club for the Konyaspor.

His season and a half in this team, the revelation of Turkish football right now, had been brilliant, to the point of establishing himself as one of the most renowned centers in Turkey. For this reason, the signs of condolence in the country did not wait. All the greats (Galatasaray, Fenerbahçe and Besiktas) immediately put messages in memory of the player, who lost his life at a time when he was enjoying football again.

Previous There are so many fake SMS to steal your data and your money that the Bank of Spain is worried
Next Cryptocurrencies: The interconnection of bitcoin with the Stock Exchanges increases the risks of contagion | Economy