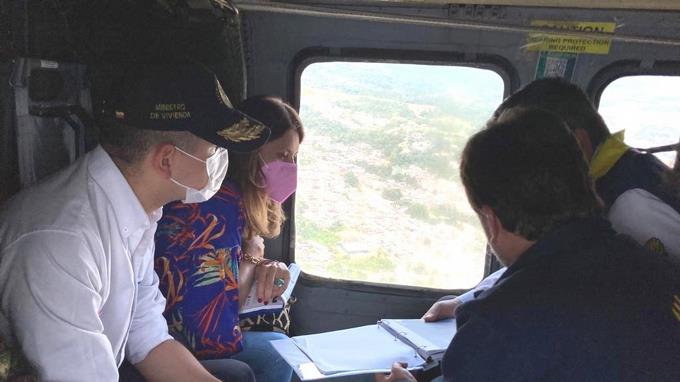 Colombia reveals threats to its consul in Port-au-Prince

The Government of Colombia criticized this Tuesday the ineffectiveness of the Haitian justice to advance in the investigation of the murder of President Jovenel Moise, in which 20 Colombian mercenaries are implicated, and said that even the honorary consul in Port-au-Prince, Julio Santa, has been threatened.

“The Colombian government does not want impunity for President Moise’s crime, but it demands that there be justice that works,” said the Colombian president and foreign minister, Marta Lucía Ramírez, in a meeting with foreign correspondents.

The assassination of Moise was perpetrated on July 7 at the presidential residence in Port-au-Prince by a group of mercenaries, among whom, according to the Haitian authorities, there were ex-Colombian military personnel, three of whom were killed and 17 detained.

The last to be arrested was Mario Antonio Palacios, after being deported from Jamaica, and he is currently in a jail in Miami (USA), where he faces two charges related to the assassination.

“We do not believe that impunity is a good message,” said the vice president and foreign minister, who explained that the defense of the 16 Colombians who are detained in Haiti is in the hands of law students because “the lawyers have not wanted to take the case for fear of retaliation “.

The few lawyers who have been willing to assume the defense of the ex-military charge very high sums, of one million dollars, that neither the families of the detainees nor the Government can assume.

Ramírez added that the honorary consul in Port-au-Prince, Colombia’s highest representative in Haiti, “has been threatened for defending the rights of Colombians” to humanitarian treatment and a fair trial.

According to the Foreign Minister, given the political instability that the Antillean country is experiencing, aggravated by the assassination of the president, the local authorities have not even wanted to receive the credentials of the Colombian ambassador in the Dominican Republic and concurrent in Haiti, Daniel Cabrales, which makes it even more difficult any contact between the two countries.

For these reasons, it was also not possible to repatriate the bodies of the three Colombians killed in the reaction of the security forces after the murder of Moise, and the Government is pressing for them to be cremated to deliver the ashes to their families.

The foreign minister added that in order to clarify the assassination, the Colombian government has requested help from different international organizations so that the case is investigated by entities other than the Haitian justice.

He recalled that even last August he sent a letter to the Regional Delegation for Panama and the Caribbean of the International Committee of the Red Cross (ICRC) to make “an urgent humanitarian visit to the jail” where the Colombians are imprisoned so that “Their state of health will be recorded and they will guarantee that they have the due protection of their physical integrity and the necessary legal advice.”