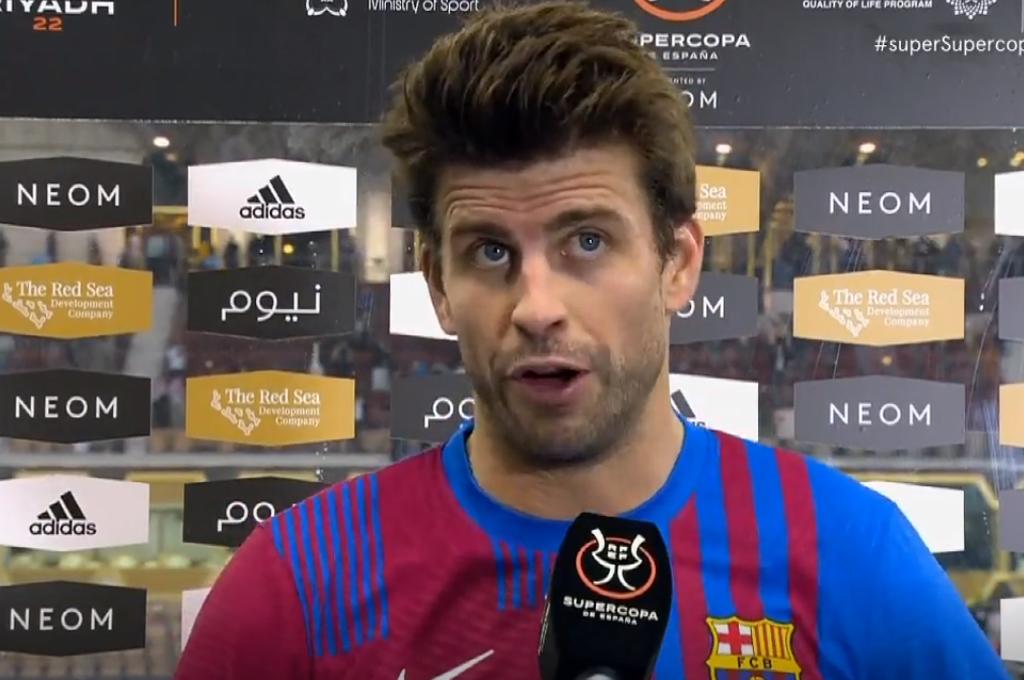 FC Barcelona defender Gerard Piqué acknowledged the pain of losing (2-3) against Real Madrid this Wednesday in the semifinals of the Spanish Super Cup, but highlighted the level shown by the team and the recovery of injured footballers, to trust in “starting to compete for the titles.”

“It was a very entertaining game, we have competed very well, in the end we have not won, and it is not the result we expected, losing against Madrid hurts, we are closer to winning, we are competing and the final step is missing to turn it around and start winning, “he said in statements to Movistar Plus.

THE CURIOUS IMAGES THAT THE SPANISH CLASSIC LEFT IN ARABIA

The player blaugrana he got the team game. “At the level of play we have been very good, we have gone looking for the game, taking many risks, and they have won the semifinal in a against that we have not been able to return. I am very proud of the team, playing like this we will start to win and compete for the titles, “he said.

“Having seen what I have seen, after tie 2-2, go to extra time and compete as we have competed against Madrid, which is having a very great season, we still need to win ”, he added. On the other hand, Piqué confessed that the team did not arrive at its best physical moment, but highlighted the return of Ansu Fati or Pedri.

“The team has arrived a bit caught with tweezers, with many coming back from long injuries and covid and despite this the team has played at a very high level and all these players who have returned have done so at a very high level, they are great news but it was a title that made us very excited ”, he concluded.