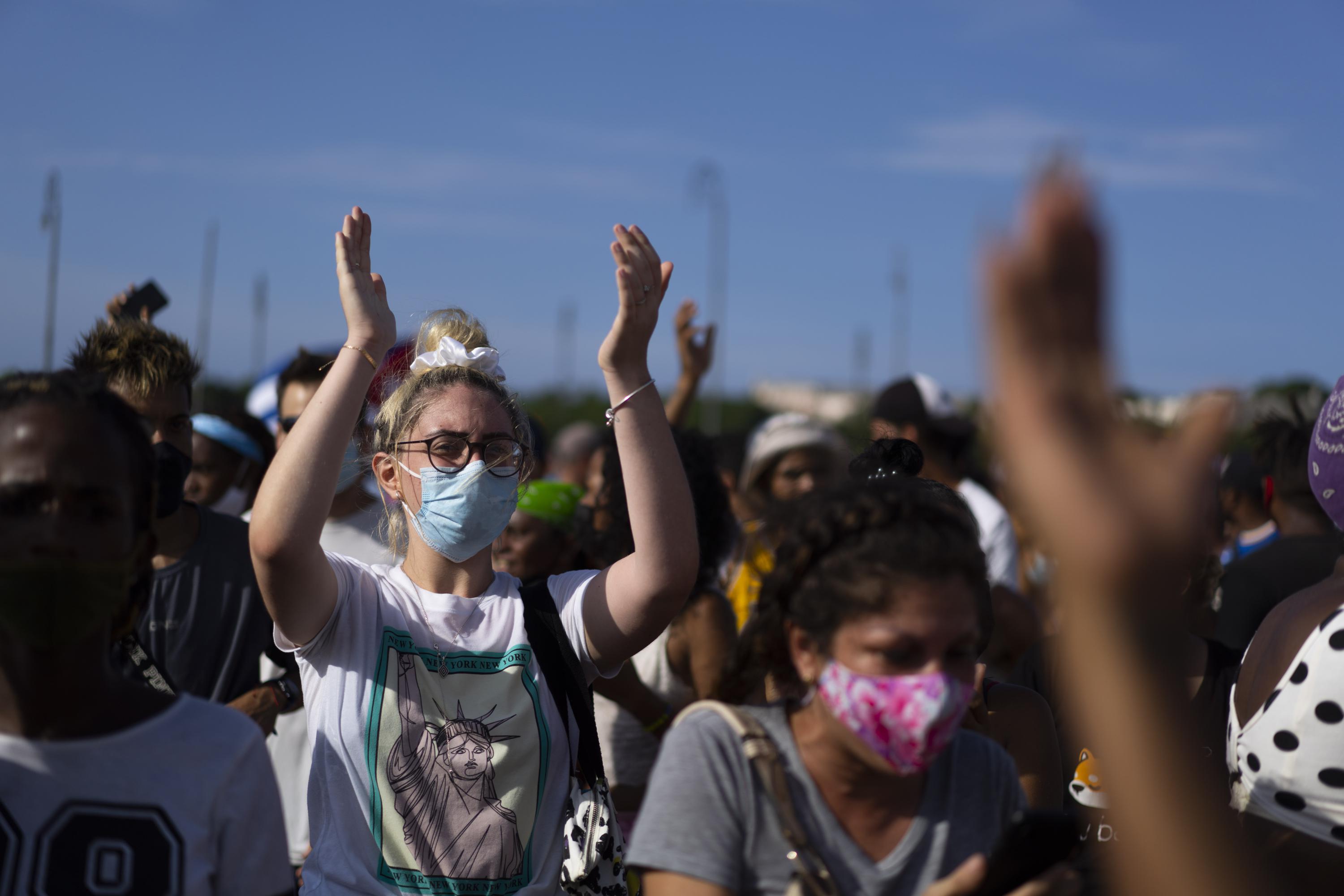 HAVANA (AP) – Six months after the surprise protests against the Cuban government, activists and relatives of incarcerated people reported that this week 57 protesters who could face up to 30 years in prison for sedition will be tried.

The authorities’ decision to prosecute the participants of the July 11 and 12 demonstrations – which left one dead and destroyed businesses and vehicles – was criticized by other countries and by opponents.

Although an official number of detainees was never given, in August officials of the People’s Supreme Court indicated that 23 summary trials had been carried out against 67 accused of lesser charges – such as public disorder – and assured that the investigations would continue.

Since then to date, ordinary processes have been formalized for the most serious accusations such as sedition, Salomé García, one of the members of Justicia 11J, a group with members in Cuba and abroad that makes a systematic survey of the victims, explained to The Associated Press. detainees and monitoring of families.

Since July, the organization has recorded 1,334 incarcerations, 223 people were sentenced in ordinary trials and there are another 231 citizens with fiscal petitions awaiting their day in court. Some 98 were fined and nine were dismissed.

Among those detained, the group said, there are 48 minors under 18 years old – the age for legal responsibility on the island is 16 -, of which several were later released.

For this week the three collective trials were scheduled in the same number of cities in the country, the AP found in conversations with relatives of the prisoners: Santa Clara with 16 defendants, Havana with 20 and Holguín with 21. Although the profession of some of the They, among the protesters, are artists, workers, a state employee, independent workers and students.

“The trial should last three or four days,” Roxana García told AP in a telephone conversation, without ties to the member of Justica 11J and sister of Andy Dunier García, 24, for whom the Public Ministry of the city of Santa Clara asked for seven years in prison for public disorder, attack and contempt.

“They make us believe that justice is going to be done,” lamented the woman and indicated that although the lawyer “is doing a good job” and the Prosecutor’s Office has as the only witnesses “the same policemen who beat them,” the process went ahead. “These judgments come from above,” he added.

In Havana, Yaquelín Cruz also confirmed to AP the start of court sessions in the collective case involving his 20-year-old son Dariel Cruz, who is under a 15-year sentence for the crime of sedition. , that is, the attempt to overthrow a legitimate government. The woman indicated that the young man was recently stabbed in jail.

Several relatives interviewed in the three cities said they were informed that only one relative will be allowed into the courtroom per defendant.

A request for comment to Cuban authorities by the AP was not immediately responded to.

For its part, the list of the organization Justicia 11J showed that in Holguín there are people with requests for 30 years in prison.

The July mobilizations were the first in decades due to their magnitude in Cuba and in some cases there was violence against shops or private vehicles. The protesters’ claims were so varied that they ranged from changes in the government to the end of the power outages or an immediate solution to the shortage of food and medicine in the midst of the worst economic crisis on the island caused by the United States sanctions. , the unproductivity itself and the COVID-19 pandemic.

The protests did not have a clear leadership and were spread through social networks. The authorities recognized that some claims were fair, but denounced the use of the internet to promote mobilizations by opposition and interest groups, especially supported by the United States.

Joe Biden’s government reacted by imposing more sanctions on Havana in a direction contrary to his campaign promises to seek relaxation.

Other demonstrations called for November 15 did not have the massive support that their organizers expected.

Previous Naya Rivera’s sister, Nickayla, confessed how she came out of a “dark place” after the death of the artist
Next Los Angeles Lakers accept comparison of LeBron James with Tom Brady’s Tampa Bay Buccaneers