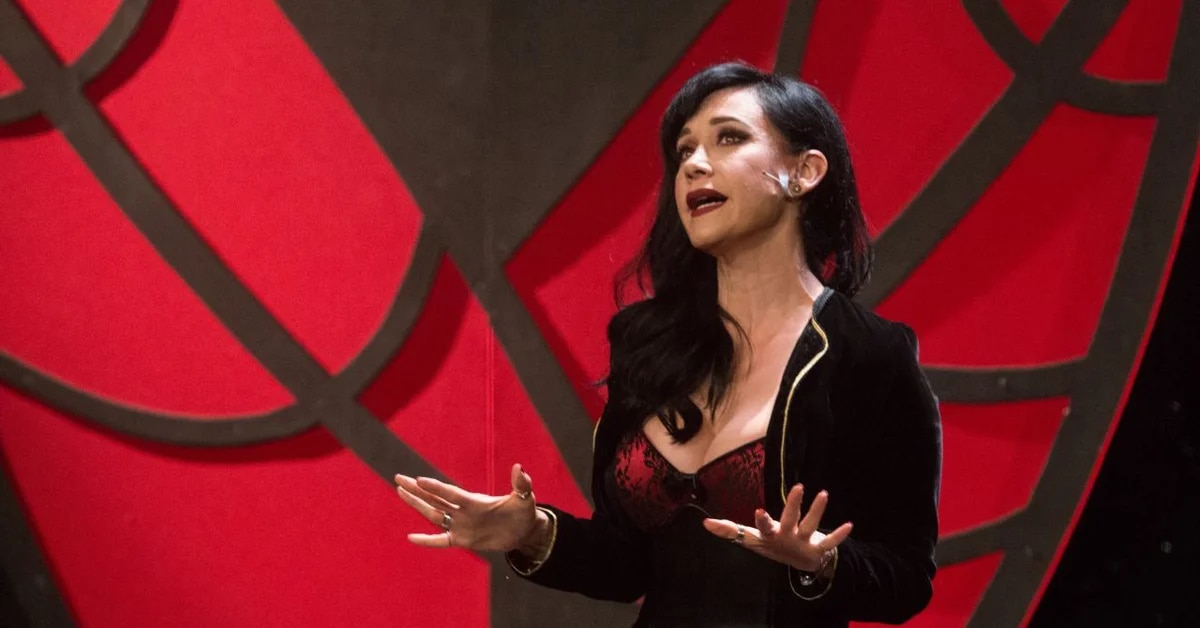 Susana Zabaleta attacked those who criticize her wrinkles: “I’m this age and I’m great”

Susana Zabaleta She sent a strong message to all those people who criticize her for the wrinkles on her face. The actress commented that she feels very comfortable with her body and assured he would not undergo cosmetic surgery to erase the marks that usually appear in all human beings over the years.

The Mexican singer gave an interview for the program Today, where he discussed the recent negative feedback he received on one of his TikTok videos. Currently, the audiovisual fragment is already off the platform, as the 57-year-old actress would have decided to remove it after she noticed the commotion that was unleashed because of the wrinkles near her eyes.

Despite lowering the content of her profile, Susana Zabaleta showed how proud she is to be one of the few artists who has decided to age naturally. The native of Monclova, Coahuila, took advantage of the morning cameras to reflect on the value that society usually gives to youth, leaving aside how beautiful maturity can be.

Photograph from March 20, 2021, where the singer Susana Zabaleta is observed, while offering a concert in Mexico City. EFE/Photoamc/

“You have some wrinkles and what if then you notice the wrinkles”, he recalled about the comments he received. “What do you prefer?, they really prefer people like that”, He commented while simulating a skin stretch at the height of the face with the help of his hands. “This honor and this roll that they have for the youth as if the people of 50 years old then we would have to be dead”, he continued.

Susana Zabaleta stated that she feels very safe with her physical appearance, enjoys the sensations she experiences day by day to the fullest and enjoys her age without prejudice. For that reason, he does not consider it necessary to undergo cosmetic surgery, since he prefers to continue enjoying each stage of his life with the supposed havoc that may come.

“I would not go back nor do I want to look like a 30-year-old girl, I do not want to, I am this age and I am very hot. We have earned your wrinkles and mine, right? I don’t remember where, but we have earned them and they are well earned, “he added.

Finally, he shared his opinion about people who have undergone countless aesthetic treatments on their faces to change their appearance. “The people who bring botox, who don’t even notice a wrinkle, who have all had surgery, I see them and said: ‘They even look alike, it’s like this world of all the same’”.

With this, Susana Zabaleta joined other artists who have also proudly defended their wrinkles and age. A few days ago, Maribel Guardia faced a similar situation for a photo she posted on her Instagram profile. The Costa Rican actress also received a wave of negative criticism because she supposedly looked a little “older”.

The ex-wife of Joan Sebastian had a meeting with the media after her arrival at the Mexico City International Airport, as she has just returned from a well-deserved vacation she took with her family in her native country. The 62-year-old interpreter confessed that she is not worried about negative opinions or what they will say about her person, because it only matters how she feels. With herself.

“Oh, I don’t care, they say what they want… Look, the hills are old and they turn green”, He assured between laughs. “As you see me, you will see yourself… if it goes well for you”, he declared in front of the cameras of the journalist Eden Dorantes.

In contrast, the protagonist of You and me She recently stole sighs by showing off her spectacular figure in a blue bikini on the seashore.

Vicente Fernández: this is how Mara Patricia Castañeda remembered it a month after his death
Alex Fernández shared a tender photo with Mía and his wife: “He has me full of love”
Carlos Rivera stole sighs with a sporty look and sent an important message to his fans

Previous Jonathan Dos Santos is already registered in Liga MX
Next Tigres presents new stadium; this is the design and construction dates