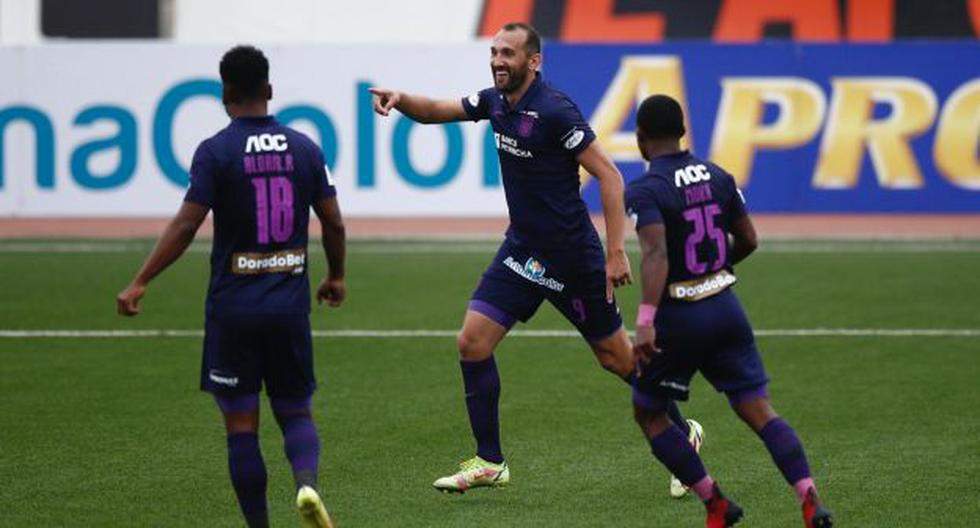 Alianza Lima informed all the blue and white people that they secured a sponsor until the year 2026. Not only that, the club’s high command revealed that the new member will disburse a millionaire figure, for which this operation was described as the “largest in history of Peruvian football”, as appeared on the official social networks and the official website.

“In a new example of its leadership in the sports industry, Alianza Lima has sealed the most important sponsorship contract in its history, signing for five years with a company belonging to the Corporación PJ holding company”, begins the statement spread by the Victorians to announce the great news.

Likewise, the intimates pointed out that one of the brands belonging to the aforementioned conglomerate will be the one chosen to be displayed on the front of the shirt of the current Peruvian soccer champion.

Along the same lines, Alianza Lima explained that the new sponsor will annually disburse an amount of money greater than what they obtained with the previous company that was in the Blue and Whites’ chest until last year.

Regarding the recent deal, general manager Miguel Pons spoke: “Alianza Lima not only evidences its leadership with the 2021 national championship, but also in the commercial field, managing to seal an agreement that marks a milestone in the local sports industry, since it recognizes the growing value of the brand and takes it to a threshold which is unprecedented in economic terms in Peruvian football”he explained.

The representative of the Victorians added: “We are the most popular club in Peru, but also the most valued brand. We are sure that this strategic alliance will bring benefits to both parties and will reinforce the economic strength of the club, allowing us to meet our investment needs, among other activities”, he stated.

In this sense, Pons did not hesitate to greet the new partnership that Alianza Lima has achieved with a view to the following five seasons: “We welcome our new ally for joining the largest team in Peru”, sentenced in the official note of the club.