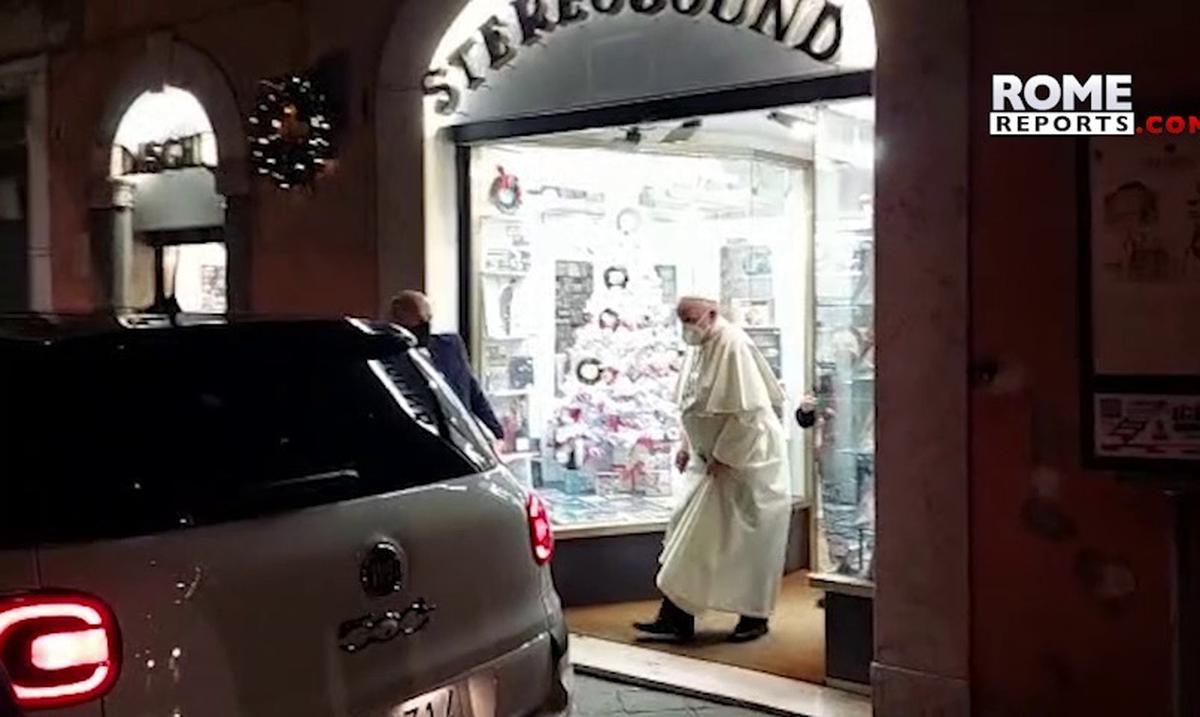 Bad luck: They see the pope in a record store in Rome

Vatican City. Pope Francis confessed that what he misses most in Rome is being able to “walk the streets” as he did in Buenos Aires “walking from one parish to another.”

This was confessed in a letter sent to the Spanish journalist and director of the Rome Reports television agency, Javier Martínez Brocal, after he was discovered last Wednesday leaving a record store in the center of Rome, where he had gone to visit to its owners, old acquaintances from when he was a cardinal and visited the Italian capital.

In the letter that was learned on Friday, Francisco assures that he took “all precautions” not to be seen, but that “bad luck”, just “there was a journalist waiting for a person at the taxi rank” , but that “you must not lose your sense of humor”.

“What I miss the most in this diocese is not being able to walk the streets, as I did in Buenos Aires, walking from one parish to another. Thank you for fulfilling your vocation, even if it is putting the Pope in difficulty,” Jorge Bergoglio added jokingly in the message sent to the journalist.

Last Wednesday, the Pope left the Vatican by surprise to go to a record store in the center of Rome and received a classical music record as a gift from the owners.

Francis went shortly before 7:00 pm to Sterosound, one of Rome’s historic little music stores near the Pantheon, and spent about 15 minutes inside.

According to what the owners told Martínez Brocal, Jorge Bergoglio, passionate about music, was a regular at this store when he went to Rome as a cardinal and had not gone back since he was elected pontiff on March 13, 2013. On one occasion when they found the pope, the owners explained to him that they had carried out some restructuring of the establishment and asked him to come and bless it. So it was.

The owners gave the pontiff, a great music lover, a classical music disc, although they did not want to reveal what it was.

Francis has rarely left the Vatican for personal matters and recently explained that he did so three times to visit Auschwitz camp survivor and writer Edith Bruck; to a professor, Mara, 90 years old, who taught at the University of Sapienza; and to offer condolences to an Italian journalist friend of his on the death of his mother.

He could also be seen on two occasions in the center of Rome when he personally went to buy new shoes and also a pair of glasses to the disbelief of passers-by.