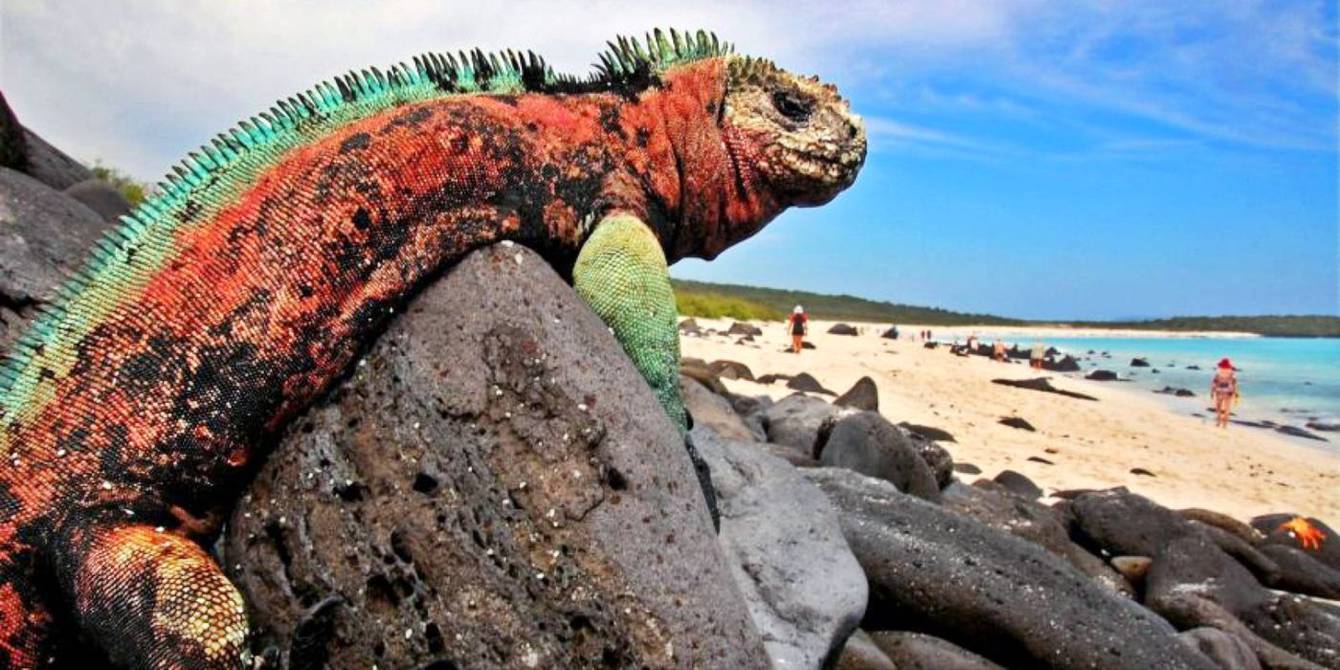 On Friday, January 14, President Guillermo Lasso will make official the expansion of the marine reserve by 60,000 square kilometers.

From the Sierra Negra boat, in Puerto Ayora Bay, the president Guillermo Lasso will sign the executive decree with which the expansion of the Galapagos marine reserve by 60,000 square kilometers, which was announced by the president in November last year during the COP26 climate summit in Glasgow (United Kingdom).

The event will take place this Friday, January 14, and will include the participation of the former US President Bill Clinton and the president of Colombia, Iván Duque, who will be honor witnesses. The foreign ministers of Costa Rica and Panama will also attend.

Lasso arrived in Galapagos on Thursday and indicated that that night he would share a dinner with the former US president, who arrived in the islands the same day.

In the Galapagos Islands I had a Let’s Meet for the Environment with Galapagueños involved in environmental conservation. The expansion of the marine reserve by 60,000 km2 is cause for joy. Rest assured that we will guarantee its sustainability with the necessary resources. pic.twitter.com/GdqyW6KtHr

The day before the signing of the decree the Ecuadorian president participated in a dialogue with a group of inhabitants of Galapagos, through the program Let’s meet, of the General Secretariat of Communication of the Presidency.

The president said that the enlargement is a operation that will allow obtaining financial resources that will be used exclusively for the conservation of the Galapagos National Park and the care of the marine reserve.

“We will do it in such a way as to guarantee sustainability over time, away from all these fluctuations and fluctuations of politics, when someone comes along and says ‘here I have come with the best idea, so I’m destroying everything they did back and start again’. No. We are going to take precautions so that (the operation) is intangible, so that it cannot be reversedLasso assured.

The new marine reserve will be added to the more than 130,000 square kilometers of waters that are already protected.

On November 1, 2021, in Glasgow, Lasso exposed at COP26 the increase in protected areas in exchange for the “Largest debt-for-conservation swap in the world.”

Of the 60,000 square kilometers committed, 30,000 will be a zone of non-fishery production which is located on the Cocos mountain range and the other 30,000 kilometers will be non-longline located next to the marine reserve in the northwest and it will also serve as a “living laboratory” for the development of scientific research. (I)