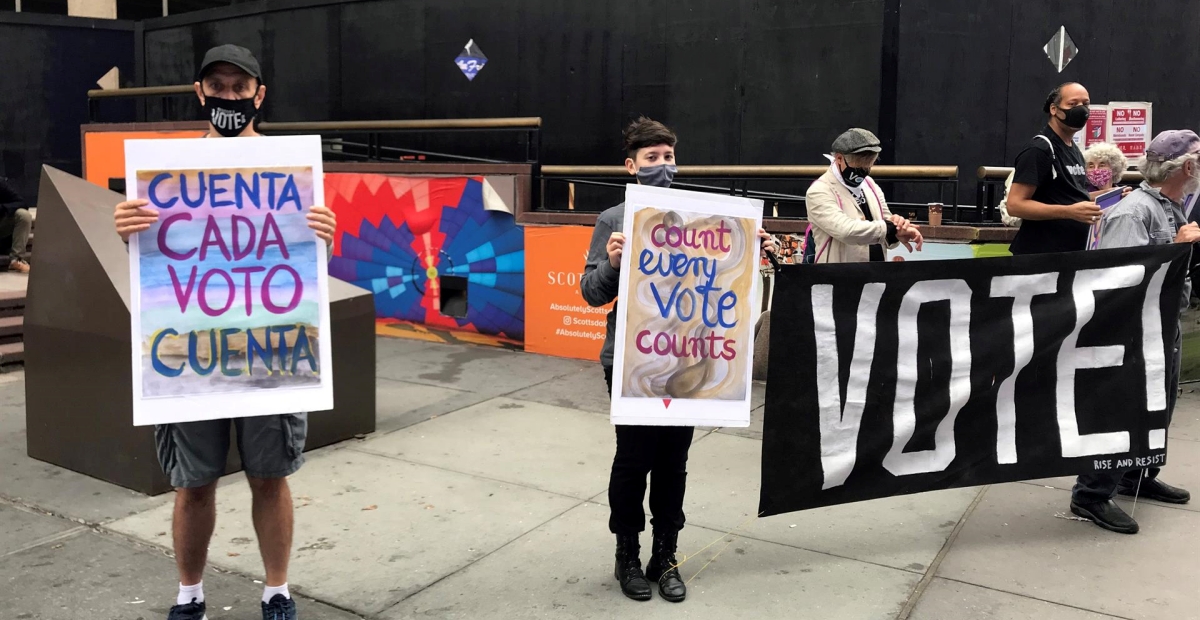 EFE.- A group of republican legislators have filed a complaint for to block the new york city law which enables vote in the elections municipal to the migrants residents in the city and which entered into force last Sunday.

The complaint, presented yesterday before the Supreme Court of Albany, capital of the state of New York, has been signed by 17 Republican legislators from the city, who consider that such a law “has the ultimate goal of suppressing all the lines (that separate) citizens from non-citizens,” said the president of the Republican group of New York Nick Langworthy.

Find out: Migrant drowned while fleeing from the National Guard in Texas

“We promised to use every legal instrument in our arsenal to block this unconstitutional and anti-American law,” Langworthy said. “The law is clear and the ethics even clearer: we must not let citizens of other countries vote in our elections, point”.

Another of the signatories, Staten Island District President Vito Fossella, noted that the law “is a slap in the face of every American citizen, born or naturalized (and) an insult to every migrant who has upheld the law, taken citizenship classes, and sworn allegiance to our nation.”

The law, approved last December and endorsed de facto by the new Mayor Eric Adams, who was sworn in on January 1 and had until Sunday to veto it, will add to the census of new york voters almost 900 thousand people, a large part of them Latino immigrants.

According to the text of the law, these new voters will be able to elect their mayor, councilors and other local positions, but they will still not be able to participate in state or federal elections.

It may interest you: More than 1,200 migrants detained in the US are infected with Covid-19, ICE reports

For Langworthy, “with only two weeks in office, Adams is already bowing to his radical municipality”, alluding to the more moderate character of the mayor, located on the right wing of the Democratic Party.

The new Councilor for Transport with the Adams administration, ydanis rodriguez, who has been the great promoter of this law, said yesterday that with the entry into force of the legislative text “it is a historic moment for New York and for democracy.”

Previous Héctor Sandarti does not want Adamari López to lose weight, what is the reason?
Next Bukele takes advantage of the crisis in Kazakhstan to prop up his pharaonic bitcoin project | International