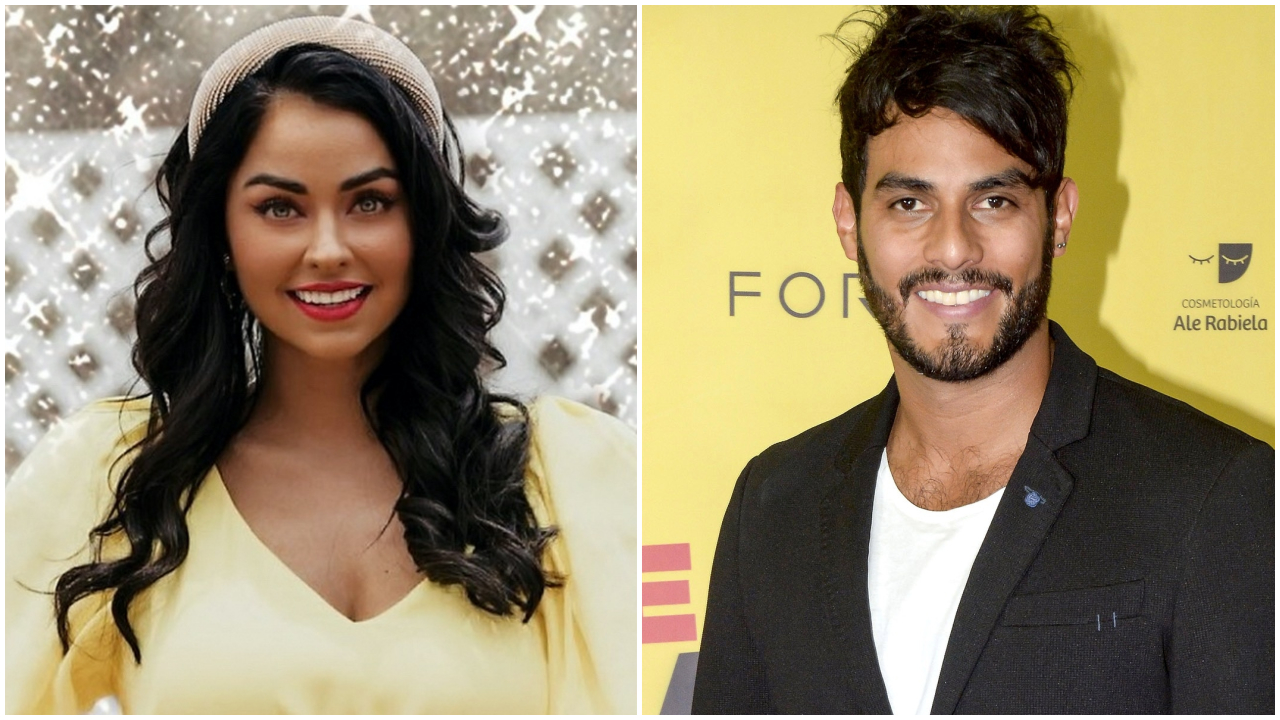 Claudia Martin recently shared that the bitter pill of his divorce with Andrés Tovar was in the past. Now, on the afternoon of January 14, the actress shouted from the rooftops that she has started a relationship with actor Hugo Catalán.

Both histriones broke the news with a photograph where they appear together and published it on their respective Instagram accounts.

“With you,” the actress wrote, adding three black hearts, a message that the actor responded to in the same publication “Everything!” But Catalan also dedicated a few words to his profile: “One day I met the gaze of an angel!” and Martin reacted like this: “Everything with you”.

The actors had time to live together during the recordings of the new version of ‘The rich also cry’, a melodrama starring Claudia Martin and Sebastián Rulli, while Hugo Catalán plays the friend of the juvenile protagonist, reported the newspaper Reforma.

Who is Hugo Catalan?

Hugo Emilio Catalán Beltrán was born on March 22, 1982 in Mexico City, he is a graduate of the TV Azteca Actoral Training Center (CEFAT).

His career has been built in film and television. Some of the films in which he has participated are: ‘Corazón de melón’, ‘Caótica Ana’, ‘Clandestinos’, ‘Cuatro lunas’ and ‘Fuego interior’, just to mention a few.

The series are an important part of his career such as ‘The game of keys’, ‘Her name was Dolores… The Jenn I knew’, ‘Luis Miguel: The series’ and ‘Señora Acero’.

He has also ventured into soap operas in stories such as ‘Al norte del corazón’, ‘Tanto amor’, ‘Destino’, ‘Huérfanas’, ‘Pobre diabla’, among others.

June 1, 2021 Andrés Tovar confirmed the breakup with Claudia Martinafter two years of marriage. They were married civilly in January 2019 and in November of that year they joined their lives in a religious ceremony held in Oaxaca, Mexico, the home state of the protagonist of ‘Fiery Fire’.

The television producer denied that the separation was due to a third party in discord, since the magazine TVNotas pointed to Maite Perroni. Even the former RBD brought legal action against the actress and Koko Stambuk, who was her fiancé, for allegedly giving false information to the magazine.

Claudia and Andrés were officially divorced in August 2021.

Later, on October 20, the producer and Maite Perroni confirmed their romance, but they clarified that love arose when both had ended their respective relationships and not as published by TVNotas.

Now, it is Marin who has shared that she gave love a new chance by starting a relationship with Hugo Catalan, details of which are unknown.

Previous ‘Is there robbery in Cuba or not?’ Citizens question official television
Next Central Bank of Venezuela says December marked the end of hyperinflation