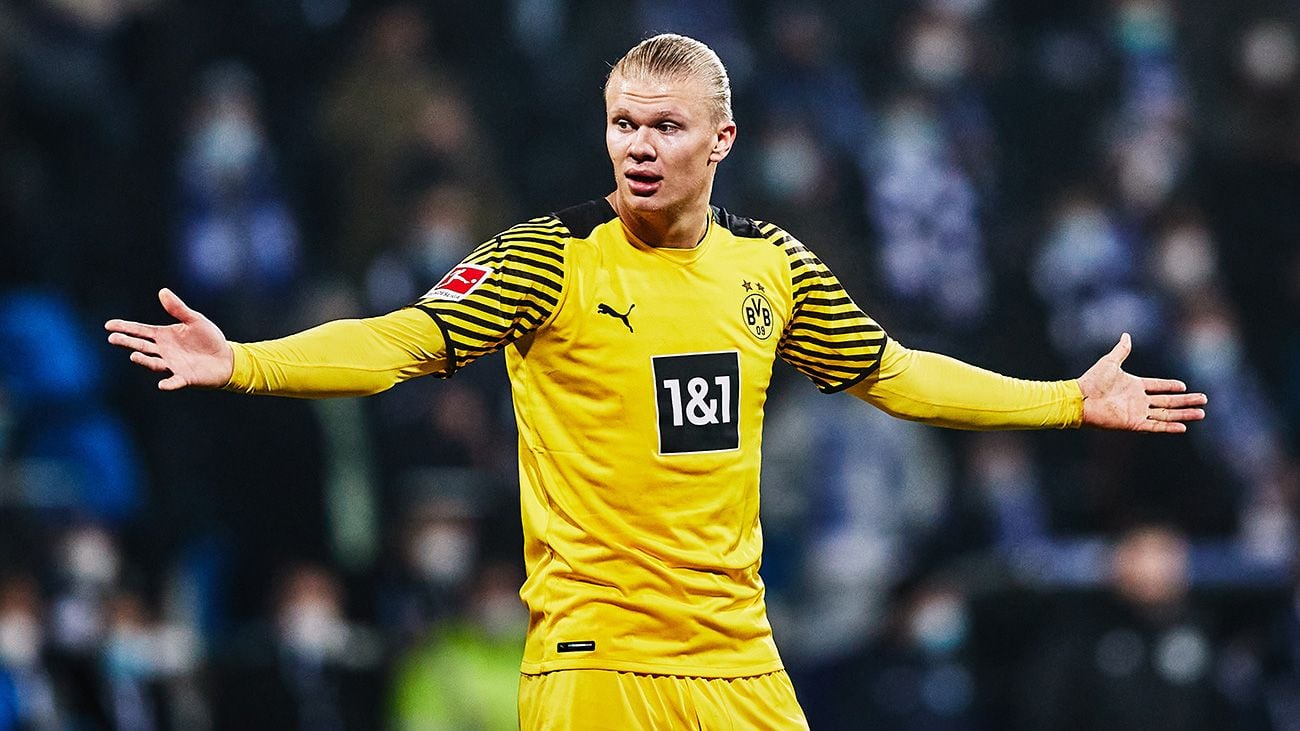 Erling Haaland speaks about his future

Erling Haland It is one of the topics of the moment. The Norwegian was key to Borussia Dortmund’s win this Friday, against Freiburg (5-1), with a double. In post-match statements, the striker has broken the silence and spoke about what everyone is currently wondering: What are your plans for the future?

The 21-year-old striker was very clear in statements to the journalist Jan Aage Fjørtoft and revealed that Borussia Dortmund is pressing him to make a decision soon on whether he will stay one more year or, on the contrary, will change the scene in the summer of this year. Haaland acknowledged that he will have to work on it (and decide) soon.

Specifically, the Dortmund striker and international with Norway explained that “Borussia Dortmund now is pressuring me to make a decision about things [su futuro]…”, adding that “but I just want to play football. That probably means that I will have to get things going soon”, he said. Finally, Haaland pointed out that “I had not spoken until now to respect the club”.

The striker insisted that Dortmund expect him to make the decision immediately and that, therefore, things will happen “now”. Haaland explained that “Borussia Dortmund have started to put a lot of pressure on me.. They want me to decide now. And so… yes, things will happen now. Although I just wanted to focus on football and play football.”

So that, The ‘hunt’ for Haaland is officially inaugurated for the future. The striker will have endless offers for the summer and will be able to choose as best suits him. Dortmund want him to stay until 2023, but the player intends to finish his time in German football this summer.

You have to remember, in any case, that at FC Barcelona they see Haaland as a ‘dream’ for him to become the team’s offensive leader in the short and long term. Joan Laporta, culé president, met a month ago, during the Golden Boy gala, with Haaland’s agent, Mino Raiola, in a meeting in which he returned to transmit the interest of the azulgrana in taking over the transfer of the Norwegian in 2022, despite the fact that the culé economic situation is more than delicate.

FC Barcelona sees Haaland as their dream, but from the club they know that it will be an uphill operation and that they are not in a position to compete with the rest of the interested clubs, which do have economic health and they can throw the house out the window to get the transfer of the ‘wonder kid’ from Europe. At the moment, Real Madrid seems to lead the race for the footballer.

Manchester City or Paris Saint-Germain would also be interested, but the latest information has revealed that Haaland would like to play in the Spanish capital, at the new Santiago Bernabéu. However, for the White House the great priority is Kylian Mbappé and, although they are attentive to the Norwegian’s situation, they hope to resolve the Frenchman’s issue first to focus on the still Dortmund striker.

Previous The incredible transformations to play Mexican legends on TV
Next Gaby Espino: “My self-esteem went to the floor”, referring to her body