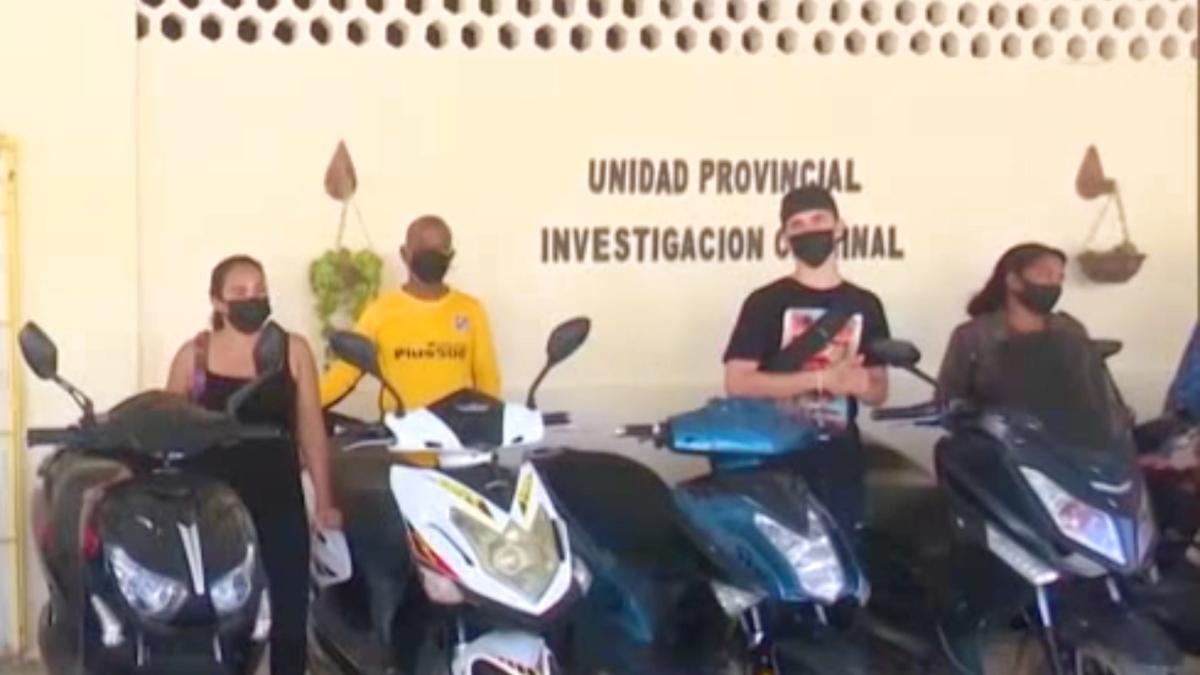 ‘Is there robbery in Cuba or not?’ Citizens question official television

The Cubans believe the information less every day of National Television News (NTV). If a few days ago the official press said that motorcycle thefts were “cyber lies”, now a report from Camagüey reported that “Several individuals dedicated to robbery with force and robbery with violence were arrested” by the Police.

“About 10 days ago he said the NTV that there were no robberies. He himself broke the news last night of the return of a group of electric motorcycles. They were? Is there theft or not? The same announcer gave both news,” Evelio Valdés questioned on the Facebook page of the official Canal Caribe.

According to the senior criminal investigator Yosbel Miranda Infante, “the detainees identified the victims mainly at night, followed up on them and later Using violence and intimidation with white weapons, they stole their motorcycles“.

The official television He did not give the exact number of detainees, whom he described as “antisocial elements”. Several of the motorcycles delivered to their owners appeared in the images.

“So, was it true or a lie? A few days ago the Ministry of the Interior (MININT) published a note denying that there was an increase in motorcycle thefts. Now only in the province in a single operation they capture a few criminals. Then yes there are robberies“Antonio Gonzalez said.

“But was it true or a lie about the increase in violence and assaults to steal motorcycles? As they explained on NTV, these were old facts and everything responded to news manipulations,” said Luis Alberto Barinaga.

The 13 days ago NTV presenter Ray Gómez read an official note from the MININT on the theft of electric mopeds. The MININT said that it was working on clarifying some complaints and other cases were already being processed, but that complaints on social networks were old facts or fake news.

“During the last few days, states of opinion prevail in our town, associated with the theft of electric mopeds, as a result of criminal acts that were made public on social networks, and of which, in some cases, it is shown that they are events that occurred in previous years or false news, with the aim of generating a climate of impunity and citizen insecurity in the midst of the end of the year festivities“, pointed out the MININT.

For its part, the site cuban reasons, sponsored by State Security, said that “one cannot speak of impunity and much less insecurity or of a ‘climate of panic’ in the big Cuban cities, as cybermercenary sites crow these days, which in their frustration try to spoil the party for others”.

According to the aforementioned source, between January and November 2021, 281 complaints of motorcycle theft have been clarified and 186 of those media have been recovered.

“you discredit yourselves. At least be consistent,” Alejandro Rodríguez told NTV.