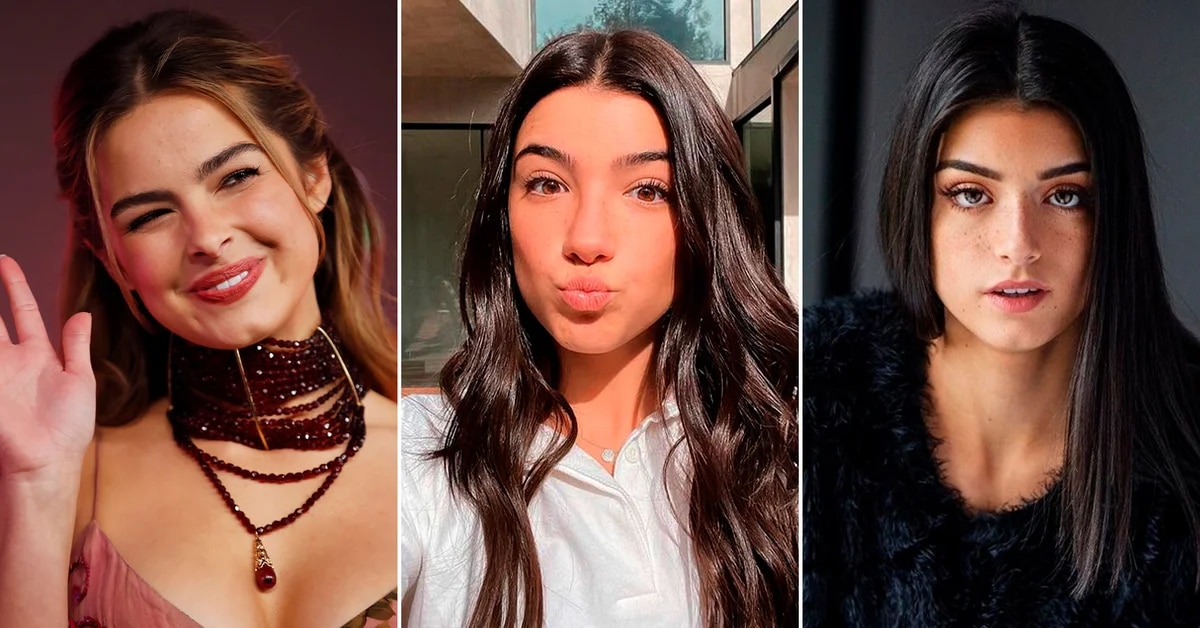 Millionaire Tiktokers: These figures earned more in 2021 than many of the great US CEOs

Some of the richest people in the world today are tiktokers. According to the latest report of Forbes, the highest paid TikTok stars collectively earned $55.5 million during 2021, 200% more than in 2020.

The pandemic undoubtedly made users protect themselves even more on social networks, looking for entertainment, tips, inspiration and funny videos. Y TikTok It continues to be, as it was a few years ago, one of the favorites among the younger audiences -and not so much-, who also had the freedom to create and share what inspires them.

Many of the tiktokers The most well-known have broadened their spectrum, acting in movies and creating their own extremely lucrative businesses. Although they have shifted their attention away from TikTok, they still make much of their money – typically 30% to 50% – from sponsored content, where a corporation pays for a post advertising their products on a star’s social media account.

TikTok stars can charge up to half a million dollars for a single post, though most typically earn an average of between $100,000 and $250,000 per post, more than double the rates on Forbes’ previous list in 2020. The revenue stream from the app has skyrocketed as has its popularity.

Because, no wonder celebrities of this generation today earn more than even some of America’s biggest CEOs.

Charlie D’Amelio (USD 17.5 million) is one of the biggest phenomena on the platform. She was a competitive dancer for over 10 years before turning to TikTok in 2019 when she started posting dance videos to popular songs. She soon became the most followed creator with over 133 million subscribers. In addition to all her lucrative sponsorships, she and her sister Dixie D’Amelio (second on the list with $10 million and 57 million followers) now have their own Hulu series, The D’Amelio Show, and many compare them to the Kardashian sisters.

Meanwhile, addison rae (USD 8.5 million and 86 million followers), who also has sponsorships from clothing brands and her own line of cosmetics, starred in a Netflix movie, he is all that, and signed a new multi-film deal with the streaming platform.

For comparison, the median salary for CEOs of S&P 500 companies was 13.4 million dollars in 2020, based on an analysis of MyLogIQ data from Wall Street Journal. “Compensation figures for CEOs include stock and option awards, which typically make up the bulk of executive pay, as well as annual salary and bonuses, benefits, and some types of retirement benefits,” the statement said. report.

Addison Rae acted in the Netflix movie “He’s All That”

Therefore, Charli D’Amelio’s earnings were higher than several CEOs of large companies listed on the stock exchange, including Exxon’s Darren Woods ($15.6 million in 2020); Kevin Johnson of Starbucks ($14.7 million); Ed Bastian of Delta Air Lines ($13.1 million) and Chris Kempczinski of McDonald’s (USD 10.8 million), according to the analysis of the WSJ of your recent compensation figures.

Some S&P 500 CEOs earn much more, like Robert Kotick, who runs video game giant Activision and earned nearly $155 million in 2020; or Tim Cook, of Apple, who earned almost USD 99 million.

The parent company of TikTok, Bytedance more than doubled its revenue to $34.3 billion last yearreported in July Wall Street Journal, highlighting the rapid growth of the Beijing-based company that has made it the most valuable startup in the world. Key to its success is its secret algorithm, which delivers video clips that it thinks users would like. It generates obsession and an emotional connection between followers and creators, who share the most personal details of their lives, such as breakups with partners, or problems they are going through.

Of course, the bank accounts of the most famous tiktokers do not reach the values ​​of, for example, the influencer Kylie Jenner, that earned USD 590 million during 2019, according Forbes, thus becoming the highest paid celebrity of 2020.

However, industry experts are sure that in the coming years the stars of TikTok will continue to accumulate more and more profits, diversifying their businesses and reaching increasingly massive and loyal audiences.

She is the daughter of an entrepreneur and a former model, and became the star of Tik Tok with 44 million followers: the phenomenon Charli D’Amelio
TikTok, the world’s fastest way to become a gastronomy star
A TikTok star tried his luck on Snapchat and won more than three million dollars in just over a month

Previous What happened to Pablo Solari?
Next Chivas: The player who wanted to return, but the Flock told him “no”