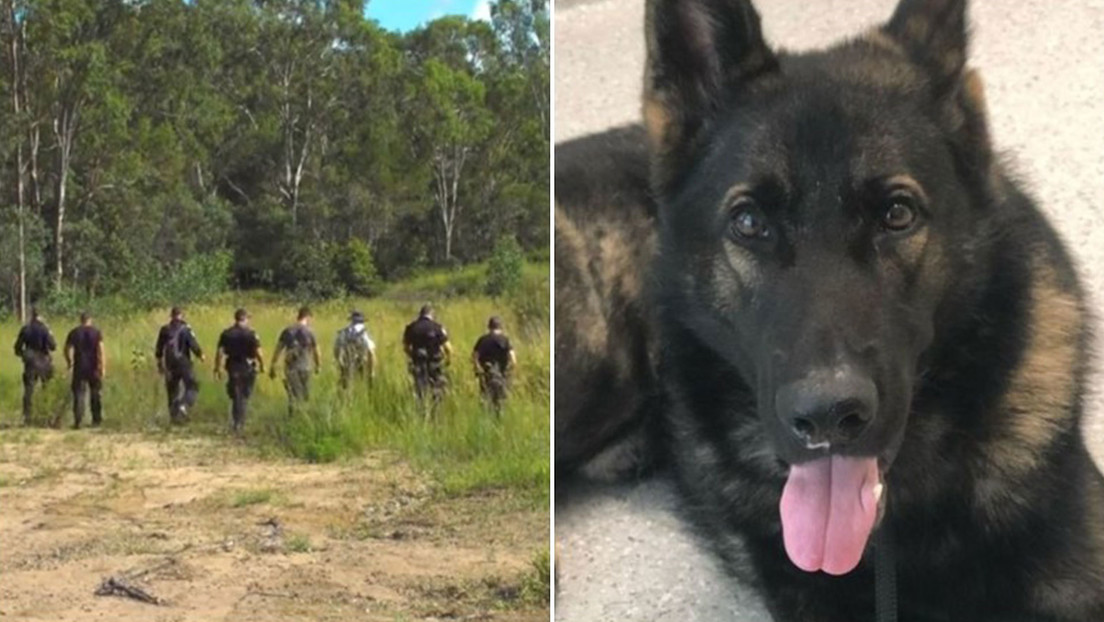 VIDEO: Helicopters, drones and about 100 people search for a dog that went missing in Australia during a police operation

Sunday this week is the deadline to give up the large-scale search for the German shepherd named Quizz, who disappeared while chasing a suspect.

A large-scale operation involving dozens of volunteers and police officers is underway outside the Australian city of Brisbane to find a missing police dog.

The three-year-old German shepherd named Quizz became separated from his handler while chasing a suspect in a mountainous area near Brisbane on Tuesday, according to the local ABC portal.

The suspect had abandoned a stolen vehicle and tried to escape through the brush. The dog chased him into the thick vegetation and has not been seen since.

The bond between a police dog and their handler is like no other, and for Senior Constable McGreevy, PD Quizz is a considered part of his family💙🐾Anyone with information about Quizz’s whereabouts is asked to come forward immediately. pic.twitter.com/uUkEVraCVF

Quizz is “irreplaceable,” the dog’s handler, Officer Dan McGreevy, said in a video posted by police on Twitter.

McGreevy said he felt Quizz’s leash “slip from his hands” during the chase. “I did not hear a single sound, it was as if it faded: no barking, no howling, no screaming from the offender,” he explained.

Queensland Police have been doing everything they can to find the dog, who was described by local media as very “dear”. Helicopters, drones and around 100 people have scoured the bushland near Brisbane over the past four days, according to ABC.

“I grew as much as a person with him, as he grew,” McGreevy said, adding that he is “forever grateful” for everyone who is trying to help him locate his friend.

The authorities had offered a reward for any information that helps to find the whereabouts of the animal, but so far the search has not yielded results.

“We will never give up” on the search for the dog, inspector Michael Thiesfield insisted, although he admitted that if Quizz is not found until Sunday afternoon, police will end the massive search operation.