From “Elvis”, by Baz Luhrmann, to “Don’t Worry Darling”, with Harry Styles, Caio Pimenta points out 10 more candidates for the Oscars 2023.

CRIMES OF THE FUTURE

“Crimes of the Future” stars newly nominated Kristen Stewart, Viggo Mortensen and Léa Seydoux. The story takes place in the not-too-distant future where the population seeks to adapt to the synthetic world. This leads to a change in the biological makeup of people.

Cronenberg is a giant who, unfortunately, is far from the conservative tastes of the Academy. He himself was never nominated for an Oscar and saw great films of his career like “Videodrome”, “Crash”, “Cosmopolis” and even “Maps to the Stars” totally ignored.

As hope is the last to die, who knows, “Crimes of the Future” might not be the movie that will change fate? 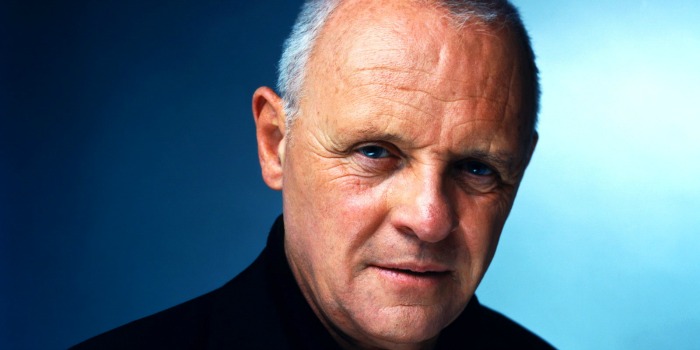 The time has come for James Gray to release the long-awaited “Armageddon Time”. The production competes for the Palme d’Or.

The film takes place in the 1980s based on the director’s own experiences as a student in New York.

The coming-of-age explores a story of friendship and loyalty in a US poised to elect conservative Ronald Reagan.

The cast is led by Anthony Hopkins and Anne Hathaway with Jeremy Strong, from “Succession”, as a supporting actor.

James Gray is, by far, one of the great directors of American cinema today and with a diverse and high quality filmography.

Like Cronenberg, however, he was always underestimated by the Academy. If “Armagedoon Time” is a success at Cannes, perhaps the situation will change at the Oscars.

Starring Idris Elba and Tilda Swinton, the story refers to Aladdin showing a studious guy meeting a Genie who offers him three wishes in exchange for freedom. The conversation takes place in a hotel room in Istanbul and, of course, that something is going to go wrong.

Unlike Gray and Cronenberg, Miller is always on the Academy’s radar with two films – “Babe” and “Mad Max” – nominated for Best Picture, in addition to “Happy Feet” winning Animation.

“Three Thousand Years of Longing” can mark the continuity of this relationship. 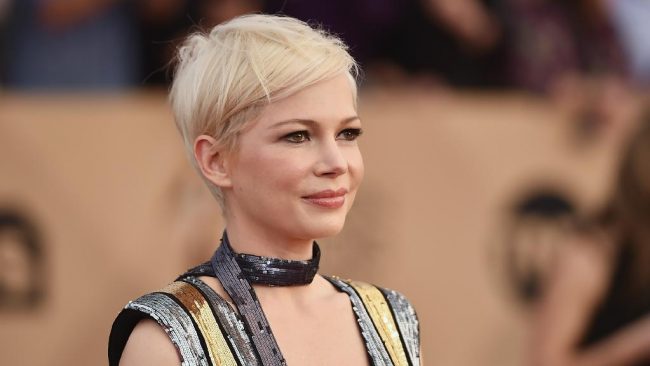 Also in the fight for the Palme d’Or at Cannes, “Showing Up” is the new partnership of Kelly Reichardt and Michelle Williams. The two have worked together on “Wendy and Lucy” and “Certain Women”.

The comedy presents the life of a sculptor balancing her life between the creativity required in the profession with the dramas of everyday life in the relationship with friends and family.

the snub to “First Cow” it was strongly felt by the world press and by certain wings of the Academy. This could help propel “Showing Up” to greater prominence, if, of course, it does well in Cannes.

It also favors the excellent moment of the women in the category of Best Direction with two consecutive victories. Perhaps the time has come for Kelly Reichardt to achieve this recognition?

Finally, there is Michelle Williams, one of the best actresses of her generation with three nominations in her career, but who saw her great chance of victory being sabotaged with the fraud of the category of Viola Davisper “A Boundary Between Us”.

I see good narratives for her name to be pointed out as strong in 2023. 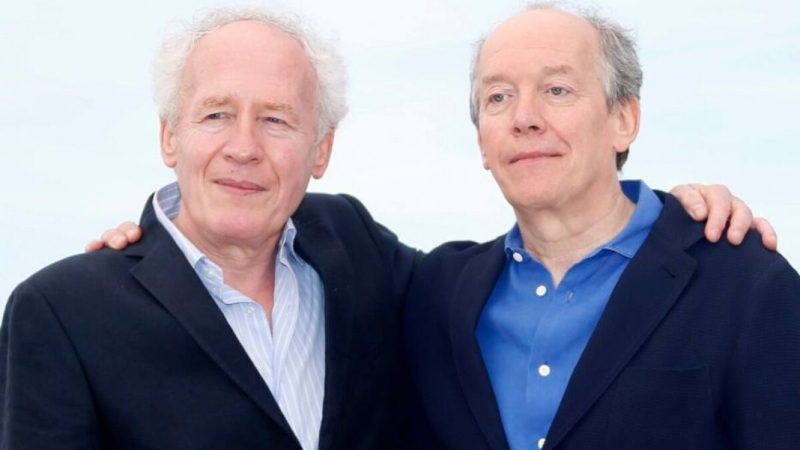 Brothers Jean-Pierre and Luc Dardenne are beloved by Cannes: they have won eight awards, including two Palme d’Or for “Rosetta” and “The Child”.

The Oscars, however, only honored the duo once with the nomination of Marion Cotillard, for “Two Days, One Night”.

This time, the duo releases “Tori and Lokita” in France.

Once again, Europe’s social problems will be the subject of the friendship of a boy and a teenager who travel alone from Africa to Belgium, dealing with the cruel conditions of refugee lives. 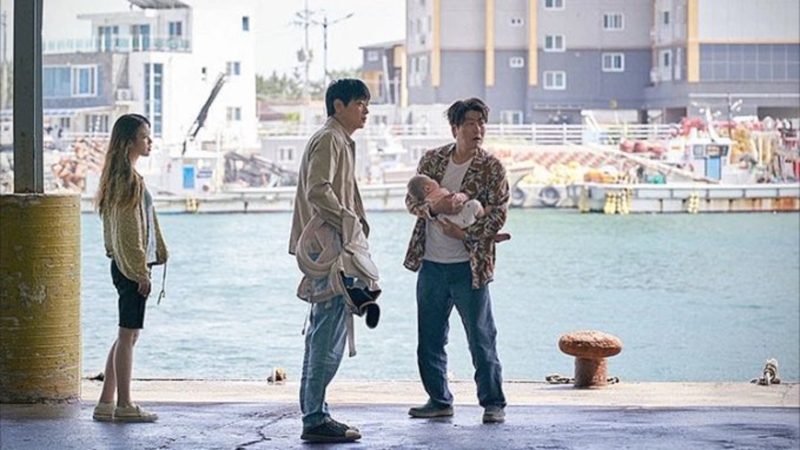 Complementing the list of the first candidates for the Palme d’Or here, there is “Broker”. The Japanese production is directed by Hirokazu Koreeda, who won Cannes and was nominated for Non-English Language Film with “Family matter”.

“Broker” has a heavy story in which boxes are spaces where parents anonymously leave their unwanted babies. The cast includes Kang-ho Song, an actor who became a world star for his work in “Parasite”.

Japan emerged from drought at this year’s Oscars thanks to “Drive My Car” and can come back strong with “Broker”.

It is worth remembering how the International Film category has a strong influence from Cannes, with three of the last winners coming from there.

Adding the last four films of Baz Luhrmann’s career – “Romeo and Juliet”, “Moulin Rouge”, “Australia” and “The big Gatsby” – have 12 nominations. “Elvis” may join the gang in 2023.

The production shows the relationship between the King of Rock, played by Austin Butler, and his manager, Colonel Tom Parker, played by Tom Hanks.

“Elvis” has ample path to do well at the awards given so many biopics featuring music giants named in recent years as “Bohemian Rhapsody” and “Rocketman”.

On the other hand, being released out of competition so early in Cannes could weaken the film in awards season.

It will be up to Warner to make a strong campaign to not let the film be forgotten. 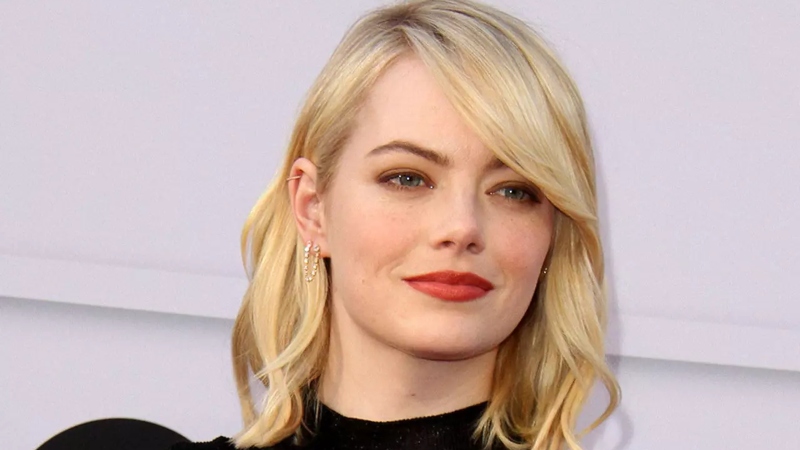 The oddities of Yorgos Lanthimos caught the attention of the Academy with “The favorite”, production nominated in 10 categories at the 2019 Oscars and winner of Best Actress with Olivia Colman.

Next year, the Greek is betting on “Poor Things”, a new period drama set in the Victorian era. The work brings the incredible story of Belle Baxter, a young woman resurrected by an eccentric but brilliant scientist.

Oscar winner for “There La Land”, Emma Stone resumes her partnership with Lanthimos and could reach her fourth career nomination.

Credentials abound and you can come out strong at the Oscars 2023. 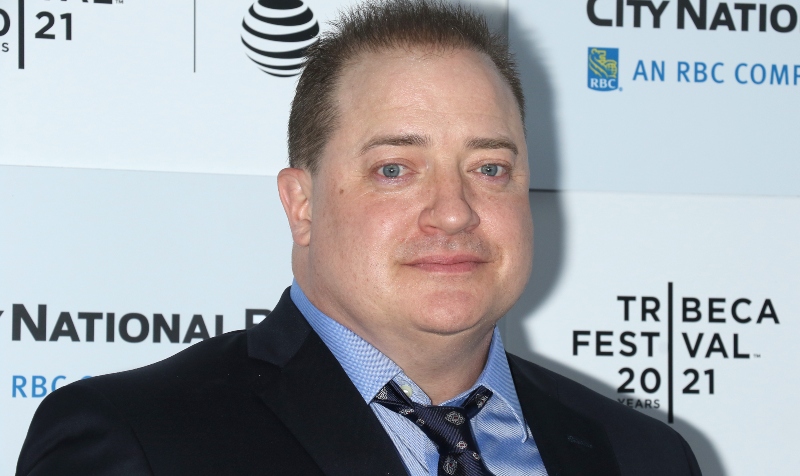 what will be the Darren Aronofsky of “The Whale”: the embraced by the Academy of “The fighter” and “Black Swan” or the target of criticism from “Noah” and “mom!”?

In “The Whale”, Brendan Fraser will play a reclusive professor suffering from severe obesity who will try, one last time, to reconnect with his teenage daughter.

Aronofsky is a guy who usually leads the leads of his films to Oscar nominations; It was like that with Ellen Burstyn, from “Requiem for a Dream”, the award-winning Natalie Portman from “Black Swan”and Mickey Rourke, for “The Wrestler”.

Brendan Fraser can repeat this pattern and would marry something beloved by the Academy of recognizing actors making a comeback.

To close the list, we have “Don’t Worry Darling”, a film that was even quoted to appear at this year’s Oscars, however, the postponements prevented the premiere.

In the film directed by Olivia Wilde, Florence Pugh and Harry Styles are a couple living in a utopian community in the 1950s. The husband, however, hides heavy secrets from the company where he works.

It could be a more pop attraction of the season. 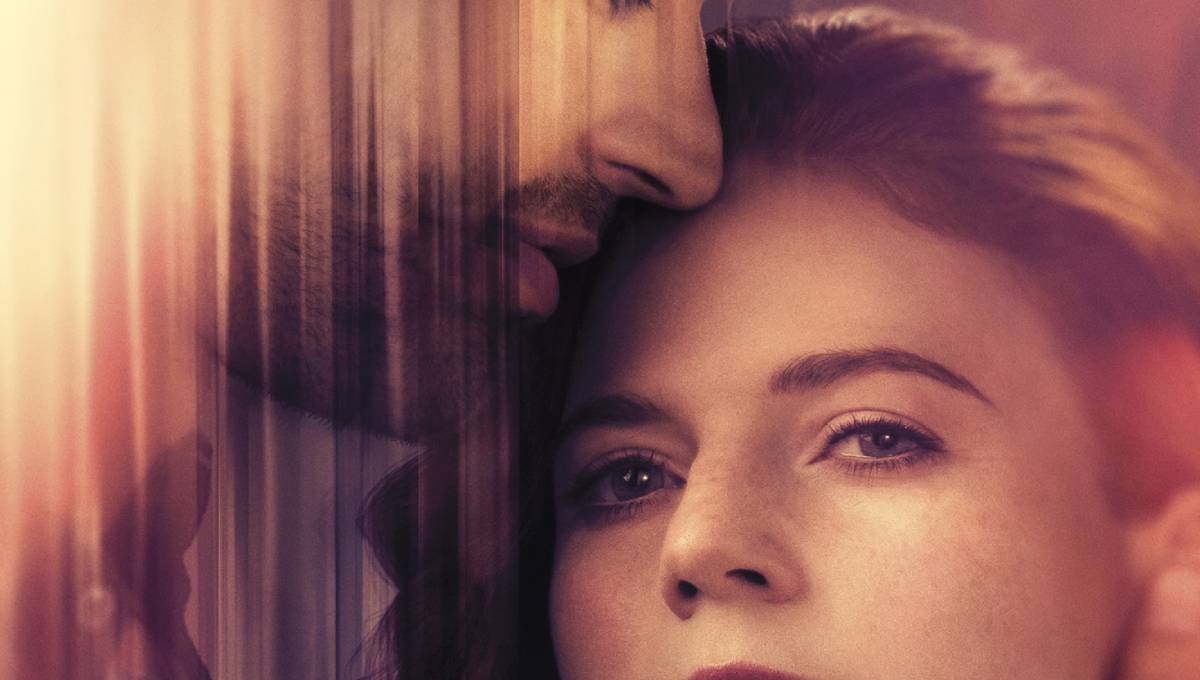 The Time Traveler’s Wife: series gets news and trailer 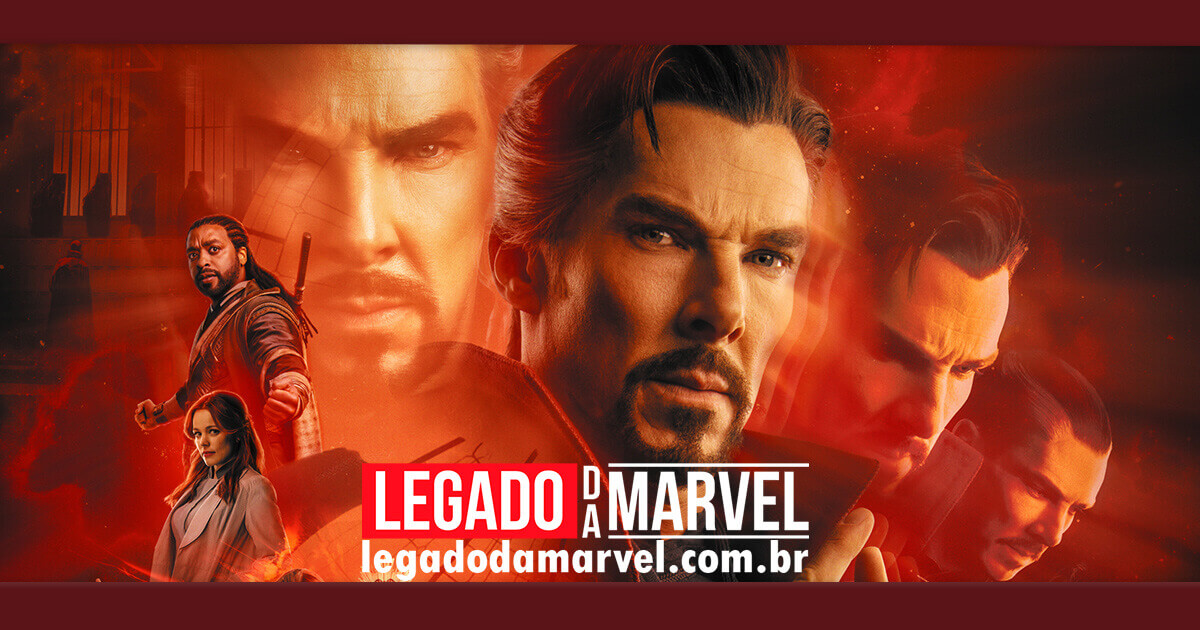 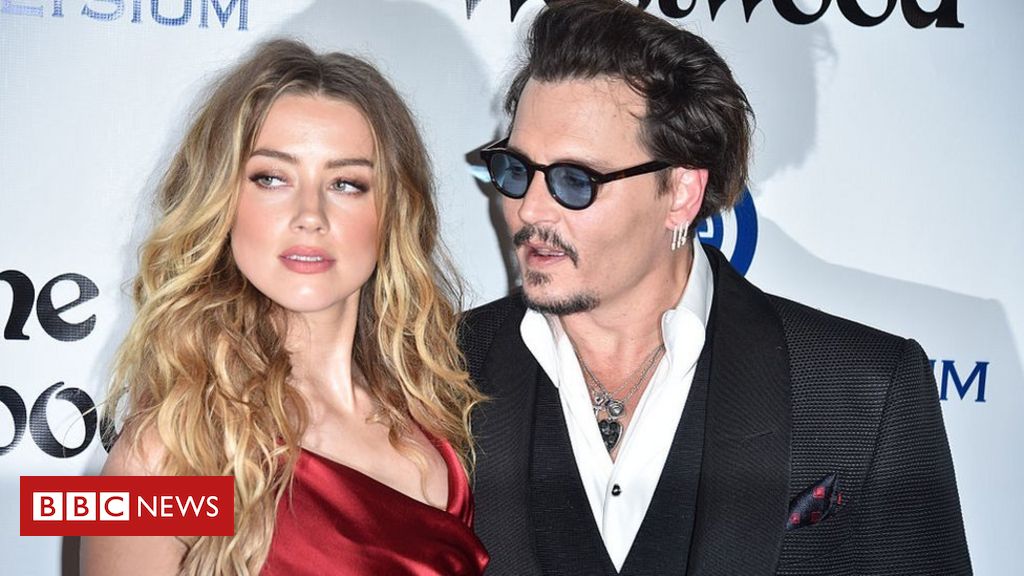 Amber Heard x Johnny Depp: the details of the millionaire trial that attracts the eyes of the world 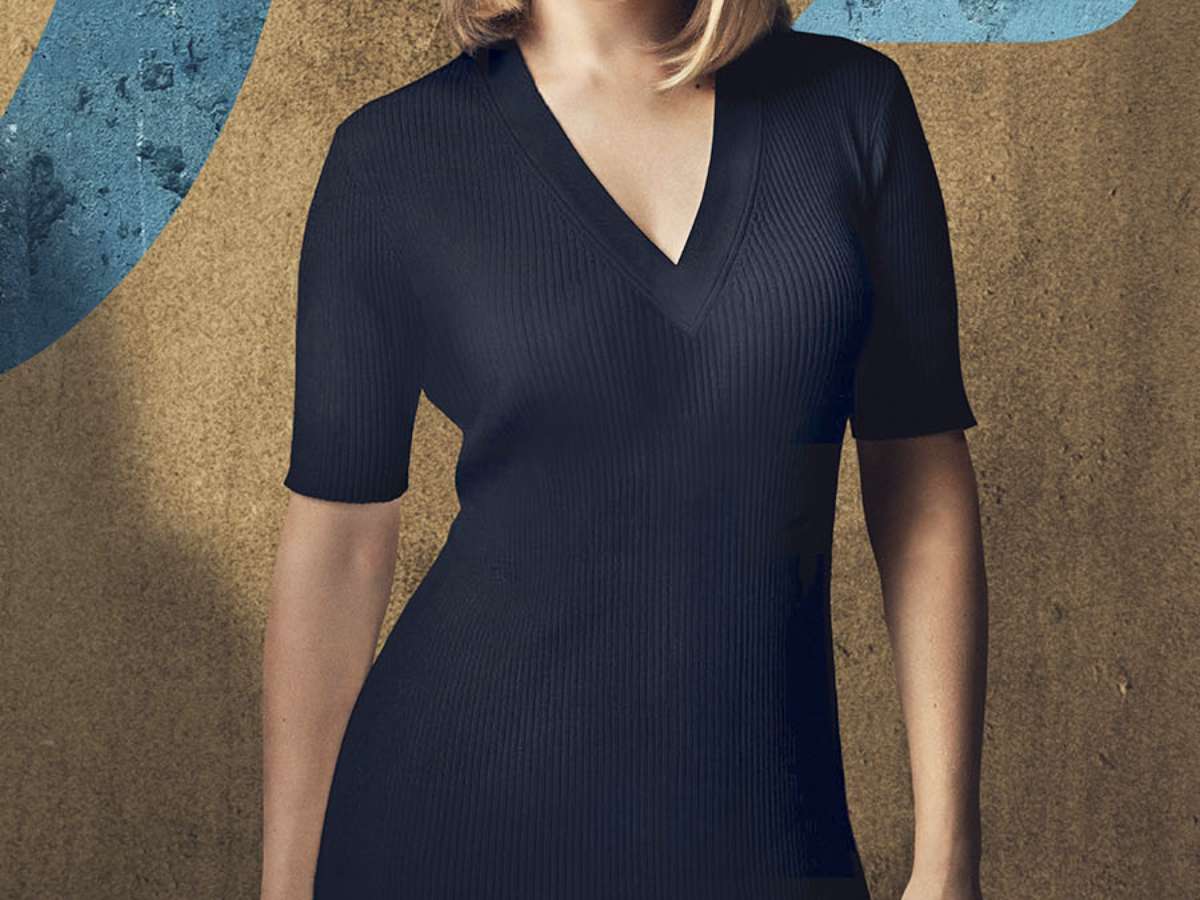 Léa Seydoux will be the new Emmanuelle of cinema