The scenes that had national reach show the despair of staff and patients the moment the ceiling of the trauma unit at Hospital da Restauração (HR) collapsed, in the Derby district, central area of ​​Recife. This chaos which was exacerbated on Monday (2), however, only brings to light the sharp crisis experienced by the largest public emergency in the North and Northeast of Brazil, in addition to being a reference in the care of cases of severe burns, intoxication, aggressions, accidents traffic and neurosurgery.

Opened 52 years ago, HR’s infrastructure is on the verge of collapse. Result: overcrowded hallways, gurneys on the floor, floors ripped out, leaking ceilings, families, patients and distressed staff. How long will the authorities and society normalize a scenario like this?

With the pandemic, the precariousness sustained by HR expresses a consequence of one of the most serious health crises. The main symptoms of this structural decay are experienced by patients, who are afflicted without having an adequate space and a decent bed to have their health restored.

“We got patients in the halls. There are 50 in the clinical emergency. We should have none, but unfortunately we do. And believe me: many do not want to go to a (private) hospital because they say that here (in the HR) they have better doctors and conditions. It is a paradox but fact“, he said, in an interview with Radio Newspaper, the director of the hospital, Miguel Arcanjo, this Tuesday (3). He added that the trauma unit is over capacity. “We have 26 patients in the hallway. It’s fact, public and notorious; there’s nothing to hide about it.”

It is a serious and unacceptable scenario. We recognize the commitment of HR professionals of not leaving patients unattended. We know how much each one of them is dedicated to facing exhausting routines, with a focus on giving their all to take care of patients and save lives. But these professionals also need to be protected, as they are at the forefront of care to people hospitalized and weakened by serious health problems.

HR’s commitment is to the health of the population. The struggle of yesterday, today and forever biggest public emergency in the North and Northeast of Brazil is for Save lifes. For HR to continue with this mission, the The State of Pernambuco needs to assume responsibility and coordinate firm measures to promote humanization in care and restore the respect and dignity of patients.

The HR director highlighted that there is a state government proposalthrough the Pernambuco Health Department (SES), to transform the old Alpha Hospital (currently Hospital de Referência à Covid-19 Boa Viagem Unit) in the rear for neurology and neurosurgery. “There is a proposal to opening of 100 beds in the short term, since Alpha is being reactivated for another purpose, which is that of neurology and neurosurgery in the State of PE. Therefore, we will have a decrease of at least 60 to 70 patients in the plot unitwho are neurosurgical patients awaiting surgery.”

Asked about rumors that there had been death at the Hospital da Restauração, as a result of the fall of the ceiling lining, Miguel Arcanjo guarantees that there were no deaths. “I was there all the time (on Monday, the 2nd, after the event), I transported patients. That didn’t happen (deaths). There were four deaths from natural causes and two from violent causes.”

In a note, the Pernambuco Health Department (SES) reported that “the incident (leakage of a water pipe and falling plasterboards in the unit) was a fortuitous and punctual case, which was promptly resolved by the unit’s maintenance team. “.

The Public Ministry of Pernambuco (MPPE) determined, on the afternoon of Monday (2), that Hospital da Restauração should comment on the falling part of the trauma unit ceiling (emergency).

Through the Health Defense Department of the Capital, an official notice was issued with an official letter sent to the hospital’s management, so that “it can comment on the images and the measures adopted, in order to guarantee assistance to the patients of this sector”. The director, surgeon Miguel Arcanjo, has 24 hours to speak.

“Cockroaches circulate in the vicinity of patients”, says HR official

One HR employeewho spoke with the report of the TV Newspaper and prefers to have his identity preserved, he said that part of the roof collapsed a long time ago, with all the electrical wiring exposed, water falling on the wires and smoke. “All this puts professionals and patients at risk, which are transported through the corridors. we see cockroaches circulating in the vicinity of patientswho are receiving precarious assistance”, he says.

He adds that the people hospitalized in the unit are outside the sector where they should be because there are no vacancies. “And despite that, the hospital continues to receive (patients), knowing that it is no longer able (to attend) from an ‘x’ number of patientsto give worthy assistance.”

Another detail that draws the attention of the employee is the fact that patients are scattered, in places far from health professionals. “There is patients everywhere. When it is not possible for them to stay in the salon, they are distributed through the corridors and far from the assistance place. Too often we see patients losing their lives without having the chance to get the right treatment.”

The HR worker still sees, in this scenario of chaos, professionals getting sick, who no longer want to take shifts in certain areas of the hospital. “I’ve lost count of the times I I withdrew from the sector to cry, having to watch all this almost every day. And in terms of security, several employees have complained. They leave things (belongings) at rest, and when they come back, they have nothing. The bag was taken, the cell phone was taken, the work shoe was taken. Everything is completely unsafe. SUS is not that“, he adds.

With covid, Xororó regrets absence from the show of the ‘Amigos’ tour 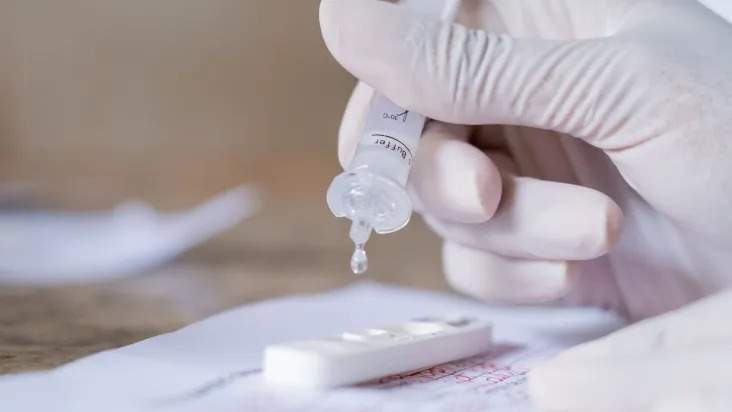 Covid-19 self-test is already sold in Greater Vitória; see price and how to do 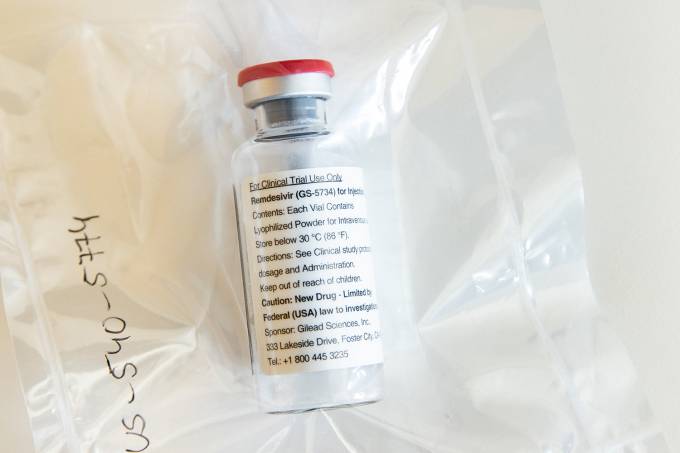 Remdesivir could become an oral drug to treat Covid-19