Palmeiras had no difficulty in beating Independiente Petrolero (BOL) 5-0, in Sucre, and guaranteeing qualification to the round of 16 of the Copa Libertadores in the first place of their group. Raphael Veiga scored three times and became Alviverde’s top scorer in the tournament’s history, with 14 goals, surpassing Rony, who has 13.

Rafael Navarro and Murilo extended to Palmeiras, who now have 20 goals in four matches and an absurd average of five goals scored per game. To complete, with seven goals, Rafael Navarro remains the top scorer of the competition. Veiga has six.

Abel Ferreira surprised and started the game with his main players. If a mixed team had already been more than enough for Palmeiras to run over Petrolero at home by 8 to 1, the complete team just didn’t make an even bigger score in Bolivia because it dosed its effort on the field.

Palmeiras has two more games for the Libertadores group stage: they host Emelec (EQU), on the 18th, and play against Deportivo Táchira (VEN), on the 24th. With 100% success, Verdão continues in search of their main objective, which is to have the best overall campaign and ensure command of the field in the second games until the semifinal, if they qualify.

For the Brazilian Championship, Palmeiras welcomes Fluminense, at Allianz Parque, Sunday (8), at 4 pm.

In training rhythm, Palmeiras opened the scoring in the 16th minute, with Raphael Veiga taking a penalty. It was his 21st penalty goal, 19 of them during normal playing time. Veiga widened on 21′, after a reversal by Veron who found Dudu in the area. Shirt 7 only played for Veiga to make it 2 to 0.

In the second stage, Veiga hit a beautiful kick from outside the area to score his first hat-trick in his career. Goalkeeper Ayala didn’t even move on the 14′. Two minutes later, it was Navarro’s turn to play in the area, get rid of the marking and make the fourth.

At 28, it was Murilo’s turn to head free, after a corner taken by Gustavo Scarpa and make it 5-0.

Palmeiras game: Easy even for training

Independiente Petrolero even kicked the goal a few times, but the truth is that Palmeiras ran zero danger in the match played at Sucre’s altitude. So weak, the Bolivian team did not even serve as a sparring partner for Alviverde, who clearly could have scored more goals.

If the Brasileirão played, Independiente Petrolero would be an extremely favorite candidate for relegation. The home team has its manhood as its great merit: it doesn’t kick, it doesn’t disrupt the game and it’s only concerned with trying to perform at its best. In Cristaldo’s expulsion, the team even outlined a complaint, and its coach also received the red card. It sounded more like desperation than anything else.

It went well: Veiga almost didn’t make a mistake and broke the record

Raphael Veiga was already in the history of Palmeiras for several reasons. This Tuesday, he added one more. With three goals, he reached 14 and surpassed Rony as the club’s top scorer in Libertadores history. The midfielder, as usual, made very few mistakes.

The ex-palmeirense Cristaldo was a juvenile, and elbowed Murilo in the 1st time stoppage time. Referee Lamolina was very close to the move and put the striker out without any doubt. And what was already difficult, became impossible for the Bolivians.

The shirt 23, as always, was infallible, at 16′, taking the penalty that opened the scoring at the Olimpico Patria stadium, in Sucre. Five minutes later, Veron made a good move down the left and reversed, finding Dudu free in the area. The shirt 7 just rolled for Veiga to push it to the net and reach his 13th for Palmeiras in Libertadores, tying with Rony as Palmeiras’ top scorer in the tournament.

It is worth mentioning how the penalty that would generate the 1 to 0 came about: Rony received it at the entrance of the area and tried a hat to progress. Silva, almost childishly, simply touched the ball with his arm. The referee didn’t even hesitate to point out the penalty.

In the second stage, before being substituted, he still scored a great goal hitting from outside the area, in the angle of goalkeeper Ayala.

Judge Nicolas Lamolina didn’t hesitate for a second. The game was in stoppage time when, in a dispute in the middle, the ex-palmeirense Churry Cristaldo dropped his elbow on defender Murilo’s face. The red came straight. And, due to complaints, coach Juan Robledo was also expelled.

Navarro keeps artillery in the competition

Palmeiras’ historic record for scoring is 14 goals. But, in just four games, Navarro already has half of this mark, with the goal scored in Sucre. The goal kept the Palmeiras striker in the lead among the top scorers in the competition – a position that Veiga occupied for just two minutes.

Palmeiras was scoring the fifth goal with Zé Rafael, in the 23rd minute, after a good move by Scarpa, when Wesley completed the ball that had already entered the net. The problem is, Wesley was offside. Abel Ferreira was very nervous about his attacker’s inattention. But Palmeiras soon reached the fifth, with Murilo, in the 28′.

INDEPENDENT OIL 0 x 5 PALM TREES
Date and time: May 3, 2022 (Tuesday) at 9:30 pm
Competition: Copa Libertadores – Fourth round of Group A
Local: Patria Olympic Stadium, in Sucre (BOL)
Referee: Nicolas Lamolina (ARG)
auxiliaries: Maximiliano del Yesso and Daiana Milone (ARG, both)
There is no VAR in the Libertadores group stage
goals: Raphael Veiga, at 16 and 21 minutes of the 1st half. Veiga, at 14′, Navarro, at 16′ and Murilo, at 28′ of the 2nd half (PAL)
Yellow Cardss: Marcos Rocha, Rony, Mayke and Wesley (PAL); Alaca (PET)
Red Cards: Cristaldo and Juan Robledo (Coach) (PET) 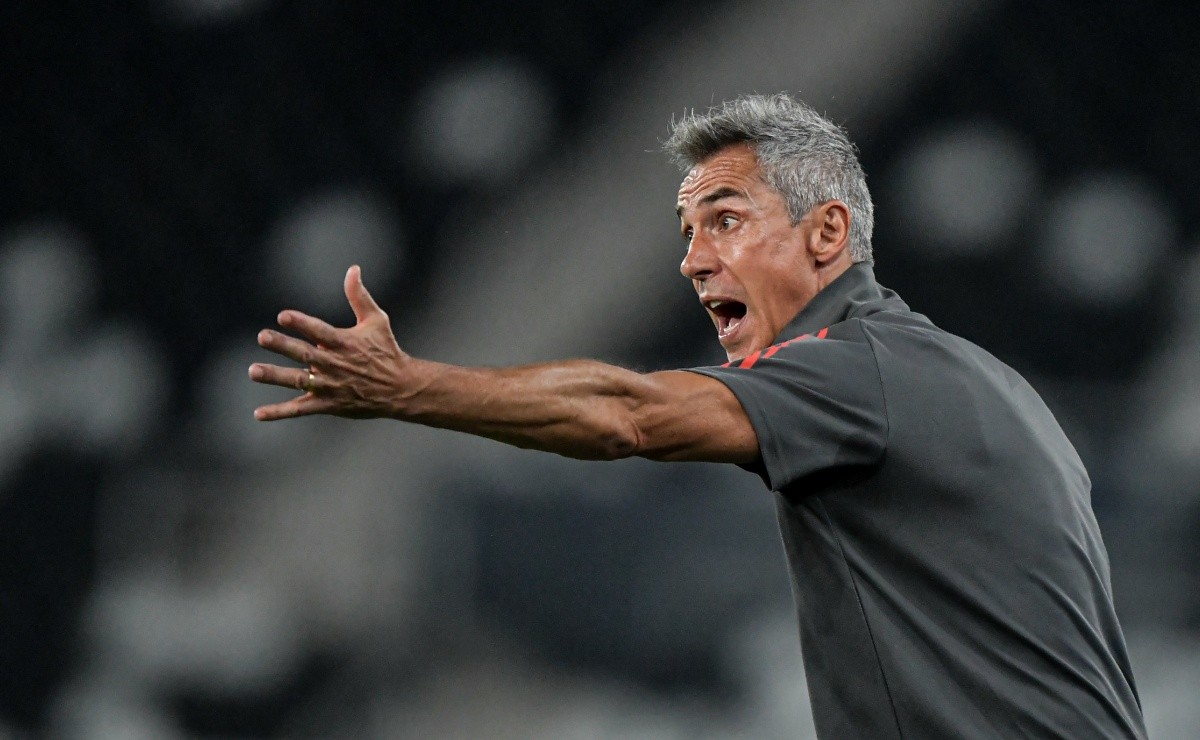 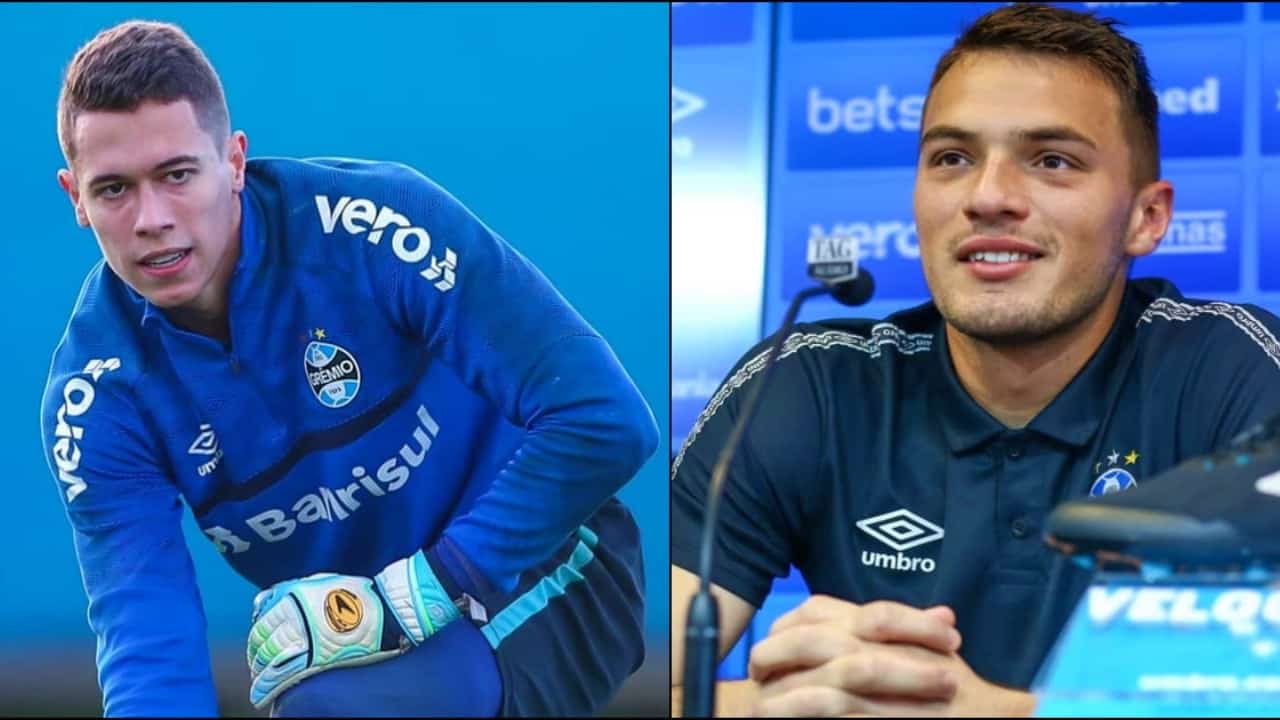