Under the rules, workers will be able to withdraw up to R$1,000 from their FGTS accounts. Payment started on April 20 and runs until June 15, according to the worker’s month of birth.

“We are allowing families to rebalance their balance to pay debts (…) What we are doing here, there is an impact on the installments [das dívidas] of families. It’s a policy to help families who have come out of the pandemic,” she said. 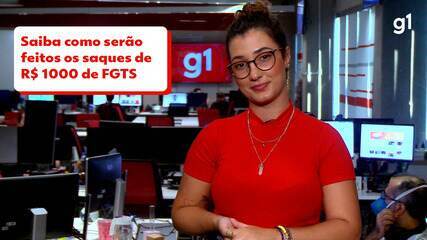 According to estimates by the Ministry of Economy, the extraordinary withdrawal may benefit 100,000 families in greater São Paulo alone – the equivalent of 10% to 13% of the region’s total debtors (900,000 families with overdue accounts).

Asked about the possibility of the population taking advantage of this loot to buy food, for example, given the escalation of inflation – 12% in twelve months until the April preview -, the secretary said that it will be up to each worker to decide the destination of the resource.

“This resource belongs to the worker, it is already in the economy, we are releasing it for him to use in the way he wants. If the family has access to these resources, they will certainly use it for the most important need and this is something positive. controls where the money will be spent. There is no way to guarantee that the resources will be used for the debt”, he said.

The Ministry of Economy confirmed that the release of R$ 30 billion from the FGTS represents about 0.3% of this year’s Gross Domestic Product (GDP). The ministry, however, does not believe that this injection of money into the economy will be able to stimulate the country’s growth or further accelerate inflation.

“These are resources that were already in the worker’s fund. They could not use it, but it was already in the economy. It was applied by the FGTS,” Calhman told reporters.

A survey carried out by the Opinion Box institute and Serasa, in April, showed that 40% of defaulters intend to use the FGTS withdrawal to pay off debts and clear their names. See the data in the video below: 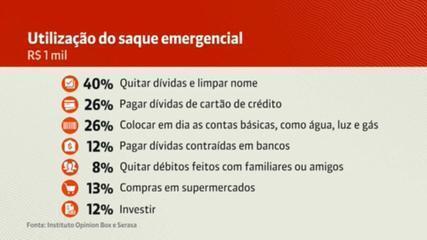 40% of defaulters will use FGTS withdrawal to clear name

Workers can consult if they are entitled to the benefit – in addition to amounts and dates for receiving the money. Inquiries can be made through the Caixa website, through an updated version of the FGTS application and at Caixa Econômica Federal (CEF) branches.

The money from the fund’s accounts – a right of workers with a formal contract – can only be withdrawn, in general, in specific situations, such as unfair dismissal, purchase of a home or retirement. But, last month, the government published a Provisional Measure releasing the extraordinary loot.

On the Caixa website, it is necessary to inform the NIS (PIS/Pasep), which can be consulted in the work card or in any old extract that the worker has, and use a password registered by the worker himself. It is also possible to use the Citizen Password. The page offers the option to recover the password, but you must inform the NIS. Click here and see how to check the PIS/NIS number.

The application can be downloaded from the following links: 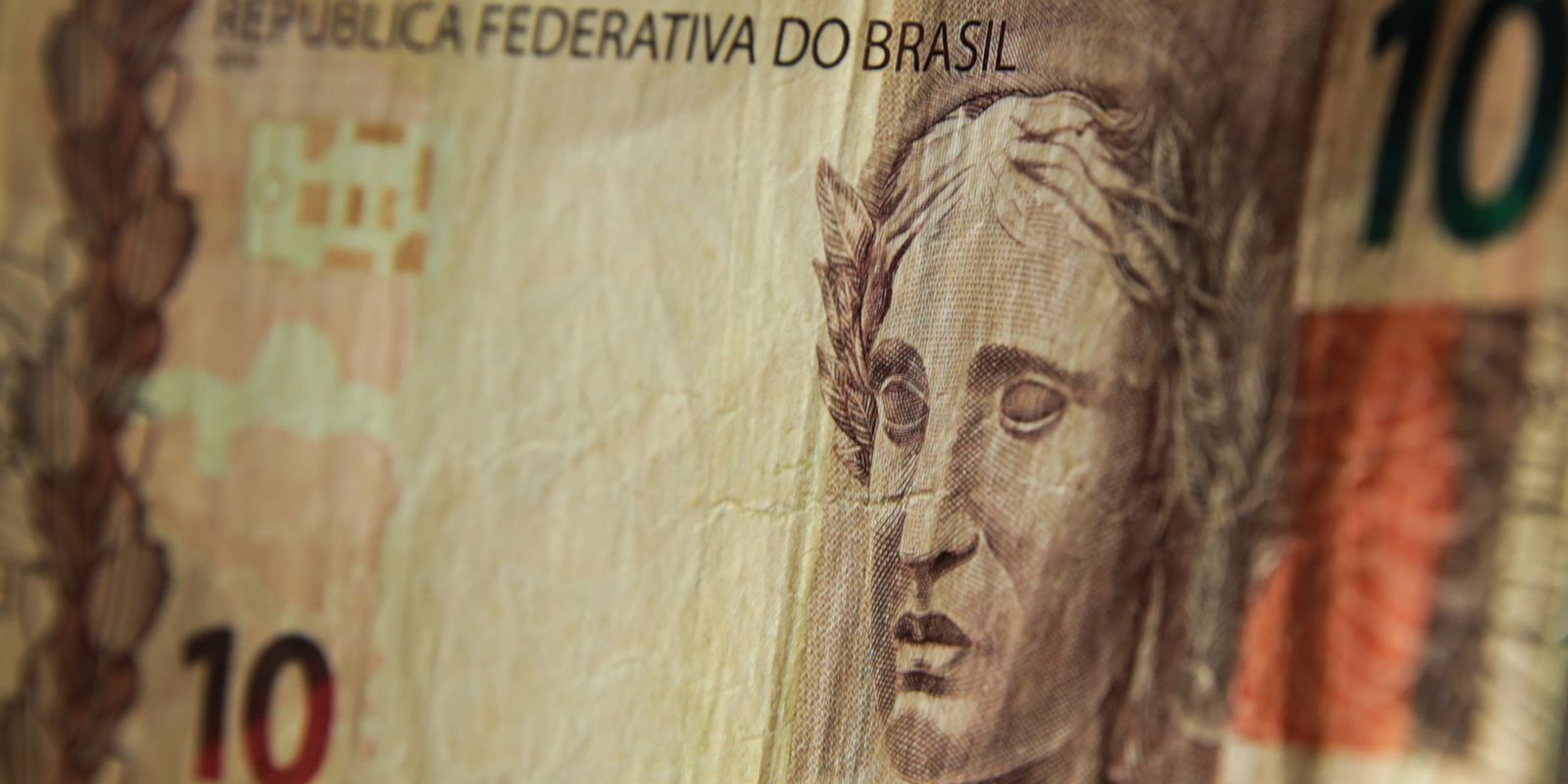 Open recap for those born until 1967 to withdraw forgotten values 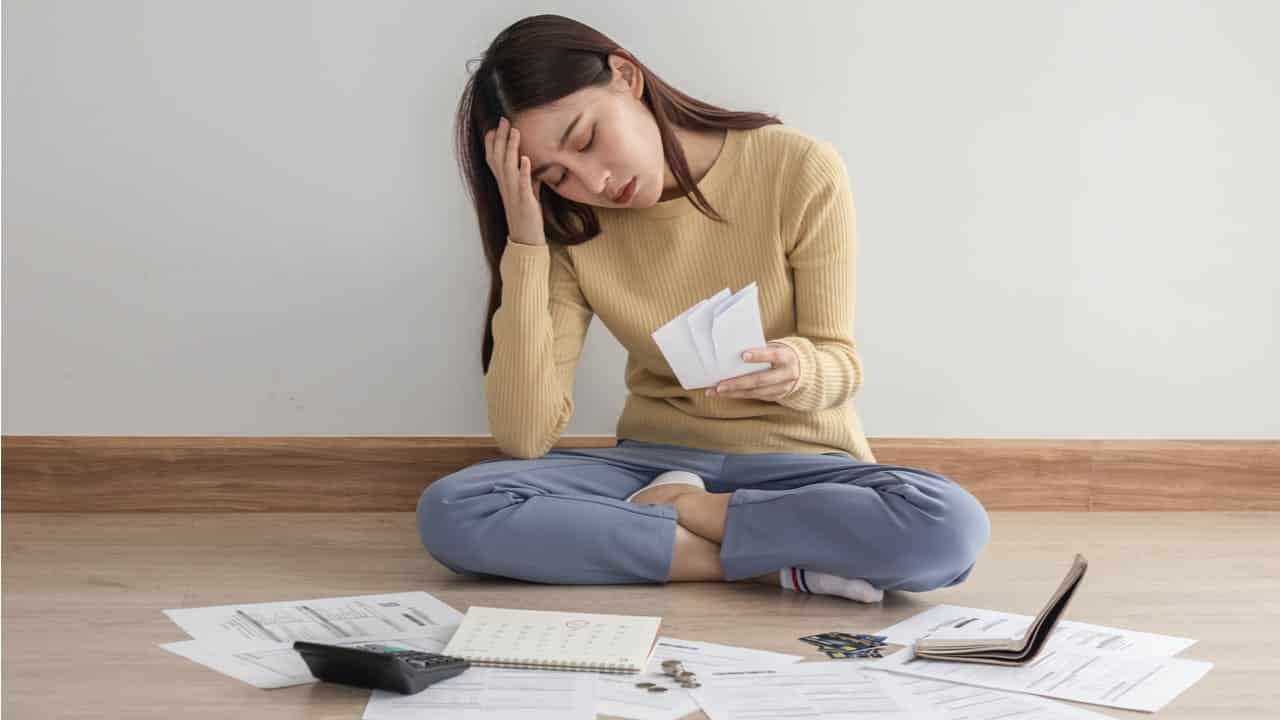 Stock Exchange starts operating at a new time as of today; Look

After the coup and in the Bolsonaro government, the real lost almost 30% of its purchasing power