Chronic disease, obesity is a serious health problem that requires constant treatment throughout life. Excess weight even seems to be even more worrisome when we focus on younger people. For many teenagers, talking about it with parents or doctors can be difficult.

According to a global survey released this Thursday (5), at the European Obesity Congress in Maastricht, the Netherlands, one in three teenagers feels unable to talk to their parents about the topic and, therefore, many turn to to social media to find advice — which can be very dangerous, as much content is not supported by scientific evidence.

For Jason Halford, lead author of the study, professor and director of the Faculty of Psychology at the University of Leeds, in England, and president of EASO (the European Association for the Study of Obesity), adolescence is a period of many physical and emotional changes and, as a result, this group tends to keep the greatest discomforts of life to themselves.

“Adolescents do not share their concerns about weight with their parents, especially if they have not had successful results with weight loss. The problem is that they end up resorting to social networks. The search for a doctor is in 5th place”, he said. the researcher, during a press conference at the congress.

For adolescents living with obesity, the most popular sources of information about healthy lifestyle, weight control and weight loss were YouTube (34%), followed by social media (28%), family and friends (25%). search platforms (25%) and doctors (24%).

How the study was done

The research was supported by the company Novo Nordisk, in collaboration with a group of international experts such as EASO and EPCO (Irish Coalition for People Living with Obesity).

Data was collected online over the past year, with questions including attitudes towards obesity and its impact, number of weight loss attempts, and motivations/barriers to weight loss. Check out the main findings below:

To close the diagnosis of obesity, in addition to the BMI (body mass index), doctors use other measures such as the percentage of body fat and the bioimpedance test.

However, a survey finding pointed out that a quarter (24%) of these young people do not recognize they are obese. Even the parents themselves —one in three— are unaware of the disease in teenagers.

And this can happen for several factors, according to Amélio Godoy Matos, endocrinologist and professor at PUC-Rio (Pontifical Catholic University of Rio de Janeiro). “Sometimes it is a lack of awareness that there is a disease called obesity”, explains the doctor, who has no connection with the study.

“Secondly, the parents themselves often deny it, they do not accept the diagnosis. And this is very common”, says Matos.

The problem is that unrecognized obesity impairs diagnosis and, consequently, adequate treatment. With this, this person, especially being a teenager, increases the risk of having cardiovascular, metabolic, joint problems, in addition to the development of various types of cancers.

Several studies show that children with obesity have a higher risk of death in early adulthood, compared to those who are not. In Brazil alone, one in 10 Brazilian children up to 5 years of age is overweight: 7% are overweight and 3% are already obese, according to data from the Ministry of Health.

Adolescents are not in tune with health professionals and parents

A point that draws attention in the study is that the main motivations and barriers to losing weight for young people are different from those presented mainly by doctors.

Caregivers scored almost the same responses. Health professionals, on the other hand, highlighted: desire for more confidence/self-esteem (69%), improvement in social life and popularity (69%) and desire to look like peers of their age (65%).

Regarding the barriers to losing weight, young people spoke of: not being able to control hunger (38%), lack of motivation (34%) and liking to eat unhealthy foods (32%). On the other hand, doctors cited: unhealthy eating habits (93%), lack of exercise (92%) and cravings for unhealthy foods (91%).

“Doctors seem to believe that obese teenagers are not very motivated [para cuidar da obesidade] and they’re not even trying, it’s just that they are, but they don’t seem to find much support for it,” says endocrinologist Ricardo Mendonza, one of the study’s authors, and also medical director of Novo Nordisk, the pharmaceutical sponsor of the research.

The study also showed that the majority felt it was up to them to change their weight status, with a higher proportion of teenagers (65%) than parents or caregivers (37%) and healthcare professionals (27%) — showing that losing weight was the exclusive responsibility of the patients, which is not true, since the treatment of obesity involves several factors, such as changes in lifestyle, medical follow-up, among others.

While more than half (58%) of young people tried to lose weight in the past year, 75% of this group had some or a strong likelihood of trying to do so in the next 6 months.

How to improve this scenario?

Jason Halford believes that based on the findings, it is possible to improve behavior with adolescents who are obese. “First, create better communication between teens, their caregivers and healthcare providers,” he said. The professor also cited educational support, focused on patients’ needs and challenges, for parents and physicians.

Finally, Mendonza, another author of the survey, believes that the next step, in fact, is to take this data to the public health agencies of the countries, in addition to NGOs, patient associations, schools, among other entities involved. 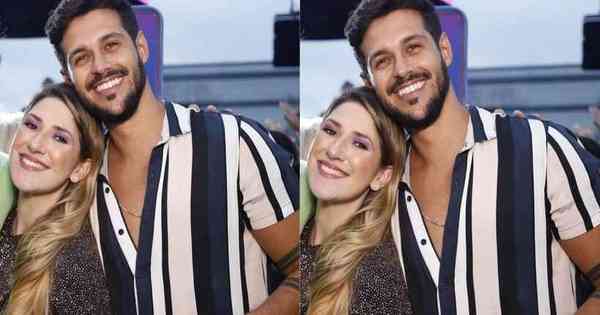