The miniseries “Anatomy of a Scandal” has remained one of the most watched Netflix productions in Brazil over the past few weeks. For actress Sienna Miller, Sophie’s story is very similar to her own life experience.

“I found it strange that I was kind of attracted to it. [pelo enredo da série]. I think it was a form of psychological tourism, it was an interesting thing to put me back in that situation,” Miller said in an interview with NBC’s “Sunday Today” show.

The actress was referring to the case of betrayal she lived in 2005, when she was dating fellow actor Jude Law (“Fantastic Beasts: Dumbledore’s Secrets”). Her character in the Netflix series is also a cheated wife.

“I feel bad for bringing this up, but there are so many clear parallels between what I’ve experienced and what she goes through, so I think it’s inevitable that we talk about it.”

“Anatomy of a Scandal” tells the story of the privileged life of Sophie Whitehouse (Sienna Miller), wife of a powerful politician. When a scandal comes to light, his life begins to fall apart as he is being accused of a shocking crime.

Netflix premieres in May

The highlight of the month goes to the long-awaited fourth season of the series “Stranger Things”. It will be divided into two volumes and, in this first part, the reference is the horror cinema of the 1980s, adding darker layers and action to the series – learn more.

There’s also the third season of “Who Killed Sara?”, which should solve the new mysteries revealed at the end of the second season – which suggested more than a murderer.

After the success of “A Sogra que te Pariu”, Rodrigo Sant’Anna brings another novelty to the Netflix catalog, with the humor special “Rodrigo Sant’Anna: Cheguei!”, in which the comedian plays five different characters to tell. the story of life itself.

Another national production that promises to attract attention is “Irmandade”, a series starring Seu Jorge that is now in its second season.

Read too: This is the difference between the movie and the book of ‘365 Days: Today’ 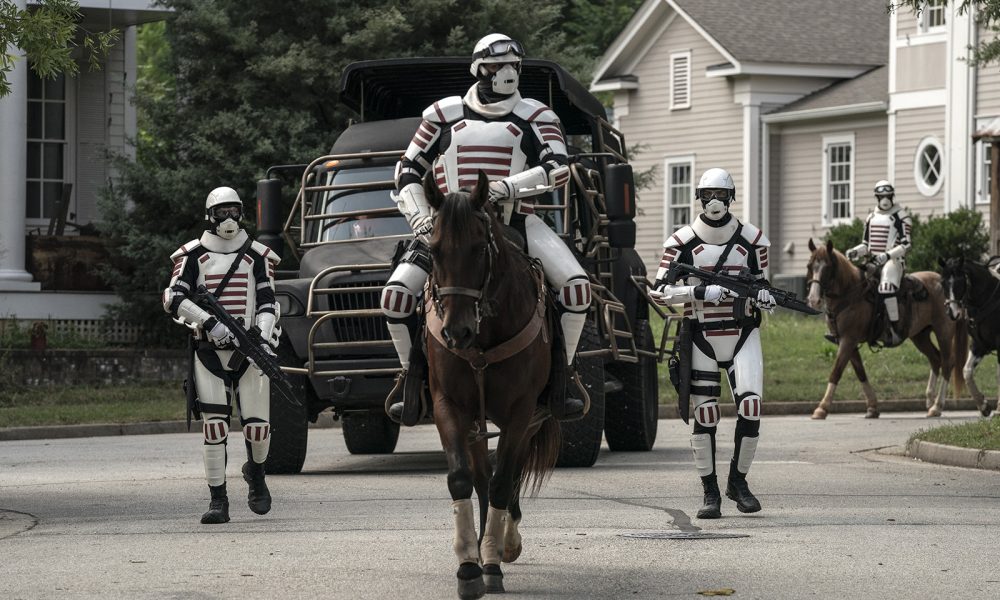