★★ In 2016, the Marvel Cinematic Universe delivered what remains as one of the best solo adventures of one of its heroes to date: “Doctor Strange”. In reality, it wasn’t a great movie, but there are two undeniable qualities. The first is the irreverence of the protagonist, who found in Benedict Cumberbatch a perfect incarnation. The second is the choice of director Scott Derrickson, a guy who came from independent horror works like “The Exorcism of Emily Rose” and “The Entity”.

Bringing someone from horror cinema, in a way, married very well with the “Doctor Strange” project, as the skills of conjuring portals and traveling in the most diverse dimensions require a creative mind to create that visual impact that only directors from the repertoire of Derrickson are able to propose.

Creative differences drove Derrickson away from directing “Doctor Strange in the Multiverse of Madness” and Marvel replaced him with an even stronger name: Sam Raimi. Not only did he pave the way for superhero movies with “Spider-Man”, he also has the “Evil Dead” trilogy in his repertoire, one of the most acclaimed in horror history.

Amazingly, the exchange does not prove positive for the progress that the Marvel Cinematic Universe seeks after the close of several cycles with “Avengers: Endgame”. Although Sam Raimi’s signature is present in some scenes of “Doctor Strange in the Multiverse of Madness”, the 62-year-old American is in that director-for-hire mode that leans towards “Oz: The Great and Powerful” when what we needed was that authorship that permeated “Drag me to Hell”.

Without having his name present in the script or even in the production, Sam Raimi’s only function is to continue a story based on the events of the miniseries “WandaVision” and the movie “Spider-Man: Far From Home”, the latter opening the doors of the multiverses. With the power to move between different realities, America Chavez (Xochitl Gomez) is the young woman who will have the care of Doctor Stephen Strange while she is threatened by the Scarlet Witch (Elizabeth Olsen), who wants to take her powers to usurp her. life of a Wanda with children.

It won’t take long for the most unsuspecting viewer to realize that “Doctor Strange in the Multiverse of Madness” lacks a script, especially when recognizing that the easy directions of the conclusion are mainly symptoms of Scarlet Witch’s idiocy.

Probably the strongest heroine witnessed so far, Wanda had already been sidelined in “Avengers: Infinity War”, where her priority was protecting Vision (Paul Bettany) from Thanos (Josh Brolin). Now, her world along with the rest of the multiverses are put at risk just to cater to maternal whims fused with a bit of insanity stemming from contact with forbidden magic.

In a way, it is very reminiscent of Diana’s (Gal Gadot) ridiculous frailty state in “Wonder Woman 1984”, in which she was caught in the ridiculous dilemma of deciding between sustaining an elusive love with Steve Trevor (Chris Pine) or saving her life. humanity of a villain à la “The Master of Wishes”. Taking Wanda to see a foster home isn’t one of the most cinematic moves, it’s true, but here’s another example of heroin weakening in times when Hollywood forges the girl power as a mere publicity piece.

On the other hand, those who are expecting to see familiar faces suggested in publicity materials or in spoilers that already contaminate the Internetthe taste left is equally bitter by screenwriter Michael Waldron’s stance on treating them as disposable pieces.

It’s the kind of sequel that definitely doesn’t add anything to the professional trajectory of everyone involved, with the exception of Scott Derrickson himself, who took advantage of the layoff to adapt without pressure “The Black Phone”, a short story by Joe Hill, the son of Stephen King, that some already claim the potential to be the horror movie of 2022.

see which celebrities have done 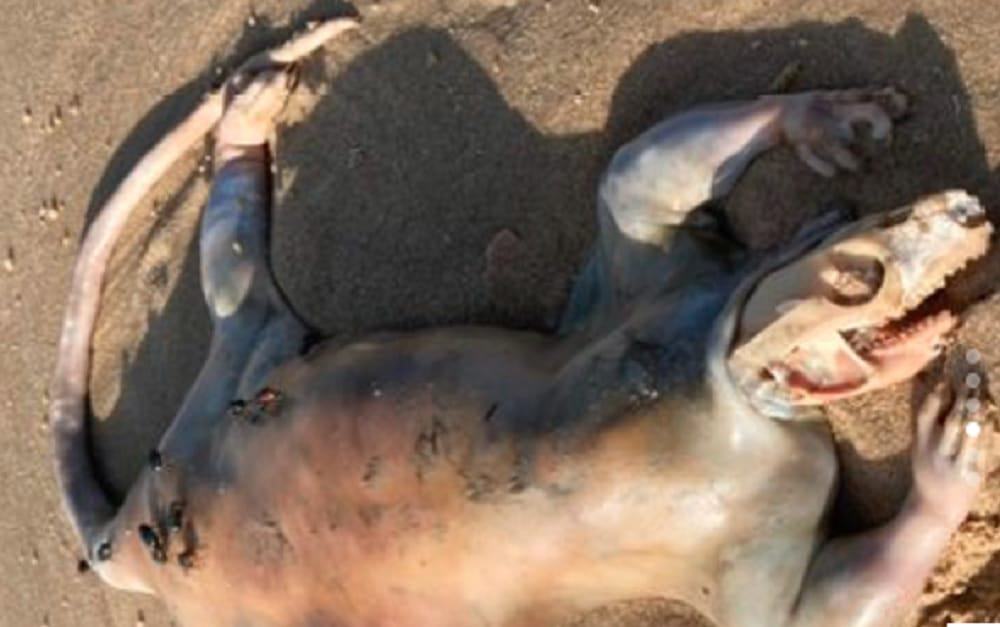 Creature discovered on beach in Australia is identified by experts