President Jair Bolsonaro (PL) gave a distorted statement in his live on social media, tonight, by omitting that the Union – that is, the government – is the controlling shareholder and owner of the largest share of Petrobras shares. In the broadcast, Bolsonaro attacked the state-owned company’s profits, which soared in the first quarter of the year and had a record in 2021, and said that the company maintains “fat pensions outside Brazil”. See the check of UOL Check:

Petrobras is not a state-owned company, it is a mixed economy. I know you owe the shareholder satisfaction, I know that. Now, who are these shareholders? They are largely US pension fund companies. We, with the sacrifice of the Brazilian people, are maintaining fat pensions outside Brazil.”
President Jair Bolsonaro (PL)

The statement is distorted as it treats actual information in a misleading way. Although foreign shareholders represent a relevant share of Petrobras’ shareholding composition (45.12% of the total), most of the shares are in the hands of Brazilians, according to the company’s own data for March.

In addition, the company’s statute requires the Union — that is, the government — to be the company’s controlling shareholder. Therefore, Petrobras is a mixed capital company, with public and private capital, but continues to be controlled by the Brazilian State.

In March, the Union had 28.67% of Petrobras’ total capital, still the largest share among all shareholder groups, and the majority (50.26%) of the common shares – that is, those that give the right to vote.

With that, when Petrobras profits, the Union’s cash gets fat. The oil company’s record profit last year yielded more than R$37 billion to the National Treasury.

On the other hand, I cannot understand — I may be wrong, I’ll make it very clear — Petrobras, during the pandemic crisis, and now, [com] war outside, earning horrors. Petrobras’ profit is greater with the crisis.”
President Jair Bolsonaro (PL)

The statement is true. In 2021, Petrobras recorded a record profit of BRL 106 billion. In the first quarter of 2022, the profit was R$ 44.5 billion — according to Folha, the third best of a Brazilian public company, and the other two best results are also recent and from Petrobras (fourth quarter of 2020 and second quarter of 2021).

Petrobras’ profit is “greater with the crisis” because of some factors. The main one, however, precedes the current scenario: the price policy adopted by the state-owned company since 2016, which tracks oil prices on the international market, in dollars. When the real depreciates against the US currency, as it did between 2020 and 2021, this makes fuel more expensive in Brazil.

In addition, the price of a barrel of oil was already on the rise with the recovery of the global economy over the past year, which caused an increase in demand, and soared with the war between Russia and Ukraine.

According to Petrobras itself, the increase in the company’s revenue in 2021 was “due to the 77% rise in the price of Brent in reais and the increase in demand in the domestic market, mainly due to the economic recovery after the height of the coronavirus pandemic.” COVID-19 in 2020″.

The result of all this appears when filling the tank. According to the ANP (Agência Nacional do Petróleo, Gás e Biocombustíveis), at the end of April, the average price of regular gasoline in Brazil was R$7,283 a liter, against R$3,929 two years earlier, at the beginning of the covid-19 pandemic. 19. In the same period, the liter of diesel S10 went from R$ 3,301 to R$ 6,741. The latest price increase was announced by Petrobras in March.

The statement is true. Bolsonaro made this statement a little before Petrobras’ official announcement of the first quarter results, but there were already projections, such as this one from Ineep (Instituto de Estudos Estratégicos de Petróleo, Gás Natural e Biocombustíveis), indicating that Petrobras’ profit in the period would reach this level. The official result released by the state-owned company is a net profit of R$ 44.5 billion in the quarter. 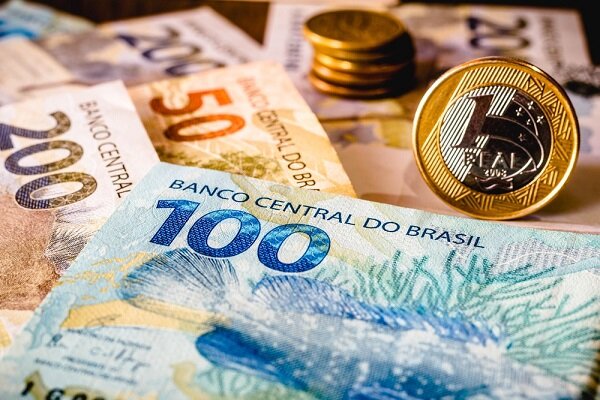