One hundred and seventy boxes of clothes, shoes and accessories, most of them purposely faded with bleach, were sent to Mato Grosso do Sul last year for the first batch of recordings of Globo’s soap opera “Pantanal”. Now, the cast returns to the region to record the final stretch of the plot. “For this trip, which is shorter, there were only 90 boxes”, says costume designer Marie Salles, responsible for the style of all the characters, from the hipster Jove to the pedestrian Tadeu and the demure housewife Maria Bruaca.

“The text is the same [da novela de 1990] and we have to pay homage to the whole atmosphere of the first version. I watched the entire soap opera and adapted some things, of course, because they are 30 years apart, but the essence is there. The shapes of Velho do Rio, Juma, Zé Leôncio are the same, they are the same”, he says.

Marie, who has spent more than 25 years in costumes at Globo and spent two weeks in the Pantanal even before the actors arrived, says that she was inspired by the colors of the place to compose the costumes: Juma is the sunset, Filó is the colors of the ipê trees, Joventino the dawn, Zé Leôncio the land.

In this interview, given to universe just before the cast returns to the filming location, she talks about the process of wearing the clothes of the pedestrians, to look used, the choice of the unusual shirts of Jove and Guta. She also tells how Alanis Guillen records barefoot without hurting her feet.

Discover other curiosities behind the costumes of “Pantanal”.

Perhaps one of the characters with the most controversial costumes, the trendy Jove arrives in the Pantanal to meet his father —the very conservative peon Zé Leôncio — wearing earrings, colorful sneakers and T-shirts with “kind of mocking, ironic” prints, as described by Marie Salles: movies of science fiction, political satire and historical moments such as the May 1968 movement in France.

I think everything is well thought out about the construction of Jove. Even the costume itself says a lot about him. The use of the shirt with prints in English, of Captain America, etc. all this shows the upbringing he had on the margins of the heart of Brazil, which is the # Pantanal

Jove with the May ’68 shirt in French, boy. The person who is in the costume is wearing the big clothes to complement the construction of the character. Very good. Although Jove is just a young man whose real engagement I haven’t seen yet lol

On Twitter, there is no shortage of people comparing his look to that of singers Harry Styles and Tiago Iorc and the character Elio, from the movie “Call Me By Your Name” (2014), played by Timothée Chalamet.

jove is harry styles himself with this blouse open

“Jove is a boy from Rio, who frequents Botafogo. For those who are not from Rio de Janeiro, it is a bohemian neighborhood, equivalent to Vila Madalena, in São Paulo, or Soho, in New York”, explains Marie.

“He’s almost 30 years old, several issues with an oppressive mother who lies to him, an absent father and because of that, the clothes don’t show his age, because psychologically he’s still a little boy, he hasn’t matured”.

Marie adds: “Furthermore, the look shows a certain fragility, estrangement — he’s a real stranger, he’s not totally inserted in the family environment, in Rio de Janeiro, nor in the Pantanal. tell the story of the character”.

Guta: body on display and accessories with personality

Although she is also an urban character who has just arrived in the swamp, Guta, unlike Jove, “is a resolute, decisive, empowered woman”, sums up the costume designer.

Having lived in São Paulo for years, where she studied to be a civil engineer, Guta wears t-shirts that could be purchased at Galeria do Rock or Rua Augusta, both in the central region of the city — most of them with the sleeves cut or the hem reduced, to show part of the belly, and slightly worn appearance.

Apart from the funky t-shirts, like one with the print of CBGB, a famous concert venue in New York that closed its doors in 2006, Guta’s costumes show the character’s attitude, especially with regard to women’s rights: different from women who live in the Pantanal, she wears short shorts, cropped tops, t-shirts with torn sides and other pieces that show her body — which has already been the reason for critical comments and harassment from men in the region, to which she always responds firmly, making it clear that none of this is an invitation.

What also calls attention are the accessories: silver bracelets, earrings with different fittings, all with a lot of personality and different fittings inspired by the first Guta, from 1990, played by Luciene Adami.

Another character who wears references is Tadeu. The pawn appeared wearing a button-up shirt by the fictional brand Mezenga’s, a reference to Bruno Mezenga, a character played by Antonio Fagundes in the 1990 soap opera “O Rei do Gado”.

Marie Salles explains that, before the recording of “Pantanal” began, she spent two weeks researching in the interior of Mato Grosso do Sul and noticed that it was common among pedestrians to wear shirts with clearly visible brand logos.

“I noticed that they wear shirts with the brand’s name embroidered a lot in rodeos, but I can’t put brands from stores so ostensibly in the costumes, so we created Mezenga’s, in honor of Benedito Ruy Barbosa, author of the first version of ‘Pantanal’ and also ‘O Rei do Gado'”, explains the costume designer, whose first job at Globo was precisely “O Rei do Gado”, in which she worked as a costume assistant.

This is not the first time that Marie has put a joke on the costumes of her soap operas: she was also responsible for dressing Sandro, from “Amor de Mãe” (2019), with a shirt from Divino Futebol Clube, the characters’ fictional soccer team. of “Avenida Brasil” (2012).

In the current phase, Madeleine is “a modern woman, with great taste, who wears monochromatic looks, very black and white, wide sleeves, everything very chic”, says Marie Salles. But the character has been a fashionista since the first phase, more than 20 years earlier.

madeleine always absurdly chic, I want all her looks, so perfect #wetland

The first Madeleine, played by Bruna Linzmeyer, is an icon of the 1990s, with lots of black, baggy leather jackets, very short skirts, coiffed hair and skinny heels, all inspired by Cindy Lauper, Julia Roberts, Alexia Dechamps and soap opera characters. of the time, such as Alice by Cláudia Abreu, in “Pátria Minha” (1994).

“I used references from soap operas because, in the 1990s, fashion trends came from television. It was from this source that I drank to create the first Madeleine”.

The young lady in the soap opera was, by far, the most challenging character for the “Pantanal” costume designer. That’s because, for Marie, Juma should be naked.

“When I thought about how this Juma would be, I couldn’t imagine clothes. Because she was very free, living barefoot, isolated in nature, I imagined that the character should be naked”, she says. The solution was to assemble Juma’s costume with light, transparent pieces with colors very close to the skin tone of the actress, Alanis Guillen.

A curiosity: in the recordings, Alanis wears silicone shoes to look like Juma is barefoot but without hurting her feet.

The character’s parts went through some bleach treatments to have very faded colors and a worn, frayed look. “If you saw her clothes on the hanger… They’re rags,” says the costume designer.

This process of “wearing out” pieces of clothing was also necessary to assemble the costumes for the pawns: boots, shirts, and hats were peeled off and faded to look worn.

The couple formed by actors Murilo Benício and Isabel Teixeira are the darling characters of the costume designer. She says that it was not easy to characterize the villain and his wife, a submissive woman, without making them caricature.

“Tenório is a hunter, a criminal, but he is also a bad character, he has no scruples, he doesn’t know how to differentiate between good and evil”, he describes. That’s why he always wears dark pieces and wears a belt whose clasp is shaped like a barbed wire. The more urban cap and glasses that clash with the pedestrians’ hats show that he comes from outside the region and is not committed to the values ​​of protecting the nature of the Pantanal.

Maria Bruaca, in turn, shows herself to be a submissive housewife, demure and obedient to her husband, but soon she will reveal herself as a woman with a will of her own and sexual desires: “I love that she is unlit, she wears closed dresses, but it is inside she’s fiery”, says Marie, who adds that, soon, the character will appear wearing sexy lingerie and strong colors, a look that will show another layer of her personality.

Water shortage will leave almost 120 schools without classes in Betim 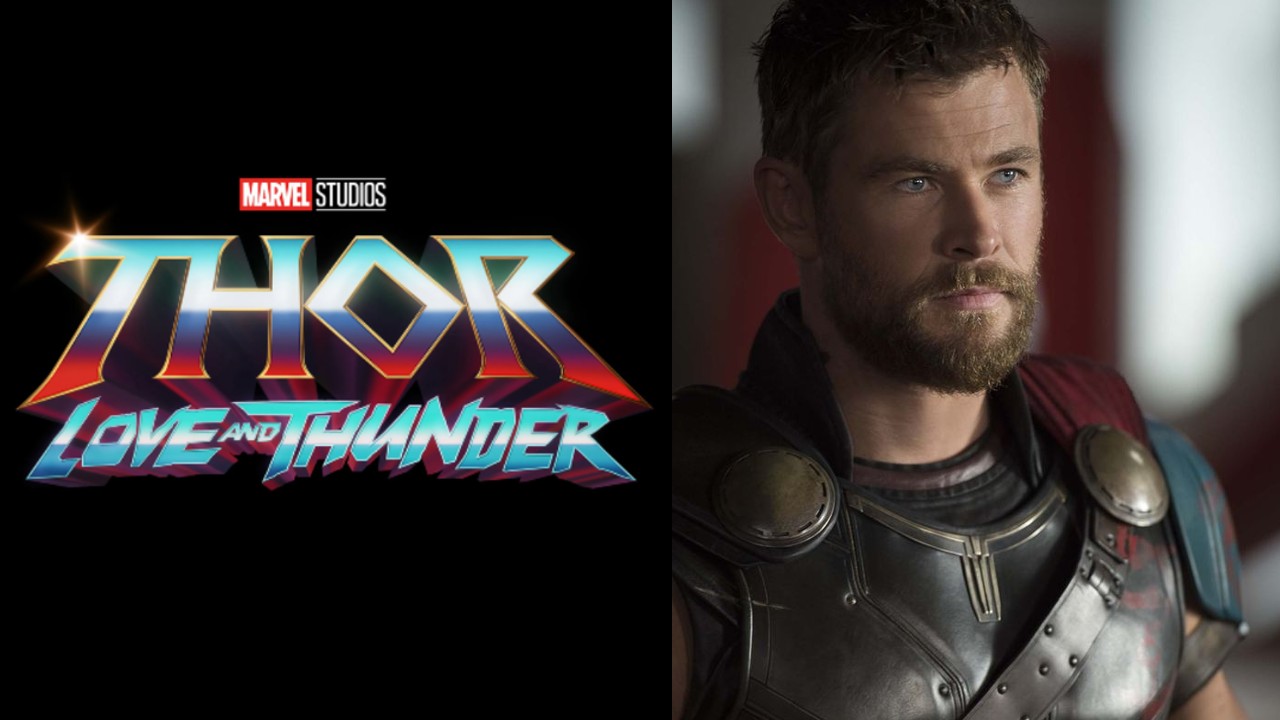