One of the most traditional schools in Espírito Santo, the Leonardo da Vinci Educational Center, located in Santa Lucia, Vitória, announced this Friday (6th) that it was sold for the third time. The information is contained in a letter sent to the parents of the students.

In this way, the school is no longer part of the Eleva Educação Group, which acquired it last year. From now on, the educational center becomes part of the Inspired Education Groupan educational conglomerate headquartered in London, England, with teaching units in more than 20 countries.

With this, Leonardo da Vinci will be part of a global ecosystem of premium schools, and hopes to provide an international education experience for its students.

The institution says that the transaction was justified by the “conclusion that the best way to prepare our students and educators for the future is to be part of an international ecosystem of excellent schools”.

“This move ensures that the characteristics that make Da Vinci special are maintained and strengthened, while offering our students new and exciting opportunities for academic and personal development.” an excerpt from the statement reads.

The document released this Friday by the educational center also highlights that the Inspired Education Group “reaffirms confidence in the current team, in line with our pedagogical goals and beliefs”.

Also according to the document, representatives of Inspired will be in Brazil the week of May 30, to introduce themselves and welcome the schools in the group. More details will be released soon, according to the statement.

The sale of the educational center to the Inspired Education Group took place together with seven other elementary schools and two primary schools that were part of the Eleva Global Schools group, including Escola Eleva, Gurilândia and Batutinhas.

Group has 75 schools, with more than 55 thousand students

The Inspired Education Group has a portfolio of more than 55,000 students in 75 premium schools spread across five continents: Europe, Asia, Latin America, Africa and the Middle East.

The group operates in countries such as the United Kingdom, Spain, South Africa, Australia, Portugal, among others, and, according to the statement released by Leonardo da Vinci, offers a “pioneering and high quality education”.

“With a holistic curriculum focused on the three pillars of academic excellence, sports and the performing arts, the group seeks to develop each student’s individuality, providing transformative opportunities for them to reach their potential while thriving in innovative educational environments.”

“Inspired schools are rooted in their communities and countries, valuing and preserving local cultures while offering students the opportunity to reap the benefits of bilingualism and internationally recognized certifications.”

The document also includes a speech by the founder and CEO of Inspired, Nadim M. Nsouli, who provides more information about the group’s activities.

“We focus on celebrating the individuality of each child and youth. We encourage students to have confidence in their leadership skills and qualities, while fully engaging in their learning to reach their fullest potential,” she highlighted.

“We are excited to offer Da Vinci students enriching opportunities for international exchange programs, sports events and performing arts activities, as they form special and meaningful connections with other students at Inspired schools around the world. We look forward to working with this vibrant community. of students, educators and families to ensure continued excellence in every aspect of the Da Vinci experience,” he concludes.

This was the third change in ownership of the educational center within a four-year period. The first sale took place in 2018. At the time, the school founded by Maria Helena and José Antônio Pignaton, in the 1990s, was acquired by Kroton Educacional, a holding company dedicated exclusively to the basic education market.

At the time, despite the change, according to José Antônio Gorza Pignaton, advisor to Leonardo da Vinci, the pedagogical line would remain unchanged, with full-time, bilingual education, middle and high school.

Three years later, in 2021, the institution was included among the schools of the Cogna Group, which was negotiated with Eleva Educação. The company has among its shareholders the businessman Jorge Paulo Lemann, considered by Forbes the second richest man in Brazil.

At the time, the value of the nearly billion-dollar transaction, which included Leonardo da Vinci and 50 other schools, was R$964 million.

Now Leonardo da Vinci becomes part of the Inspired Education Group. The value of the transaction was not disclosed. Founded in 2013, the British group grows at a Chinese pace year after year, as shown in the Mundo Business column.

In the last statement released to the public, referring to the year ended in August 2020, Inspired reported revenue of 479 million euros (44% higher than in the previous 12 months) and an Ebitda (earnings before interest, amortization and taxes) of 127 million euros. 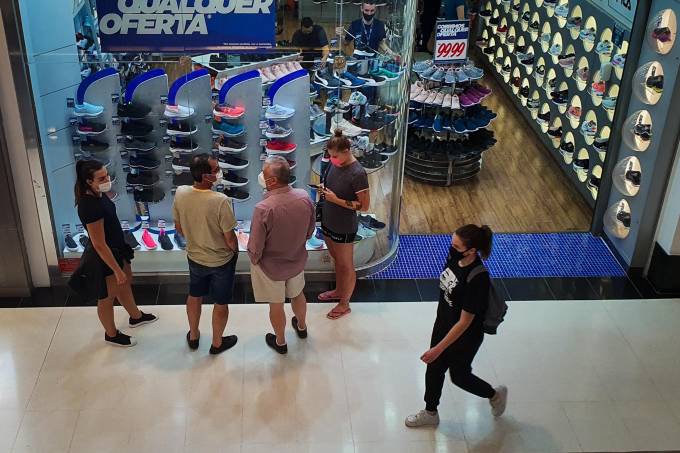 The inequality the mall sector is about to face

TudoAzul offers up to 90% bonus on credit card points transfers

ICMS collection on oil and fuel hits record in 2022