Inter are undefeated since the departure of Alexander Medina. There are three wins and two draws in the last five games. In four, the team acted under the command of Mano Menezes. The arrival of the new coach brought changes to the environment and reopened disputes over ownership in some sectors of the team.

The change in the coaching staff was a boost to the colorado backstage. With the lighter climate and renewed hope, the fight for position gained new chapters.

Some players caught their breath as they lagged behind. By simplifying, as he had promised in the introductory interview, Mano potentiated individualities and defined preferences.

From the debut against Fluminense (1-0 win) to the duel against Guaireña (1-1 draw), 27 athletes were listed and 23 entered the field.

Defenders Kaique Rocha and Tiago Barbosa are still recovering from a right thigh injury. They didn’t have the opportunity to work with Mano. Gustavo Maia didn’t even concentrate.

He returned to the pitch after 459 days still under the command of Cacique Medina. He came on for five minutes in the 1-1 draw against Guaireña, in Beira-Rio, the former coach’s last game.

He resumed the starting position against Fortaleza, with the interim Cauan de Almeida, and won after the arrival of Mano. However, even with all the caution adopted by the coaching staff, the defender suffered a muscle injury in his left thigh and will be out for four to six weeks.

After overcoming two muscle injuries at the beginning of the year, the Argentine gained minutes with the previous coach. He was improvised on the left side in the 2-2 draw against 9 de Outubro. Today, in Moledo’s absence, he is the main defender alongside Bruno Méndez. Mercado played in the last eight games.

Participated in all matches without being substituted. The entry of the side gave consistency to the sector, which suffered from criticism during Moses’ recovery period. Against Guaireña, he assisted Wanderson’s goal.

– If I were in any other club in Brazil and they offered me Dourado, I would make a point of having it. There’s no reason for us not to take advantage of him and get the best out of him for Inter.

This sentence by Mano Menezes sums up the player’s moment. Prestigious with the coach, the midfielder is regaining space and has the aerial ball as an asset. Dourado has a contract until December.

In the first moment he was available, he was already raised to the condition of holder of the colorado attack. Shirt 11 begins to confirm expectations with a good sequence of performances. In an interview, he revealed to be “getting better” physically. The first goal with the Inter shirt was scored in Asunción, in a 1-1 draw against Guaireña.

Responsible for three of Inter’s last five goals, the striker gained the confidence of Mano Menezes, debunked Wesley Moraes and is in search of affirmation. He started in the three most recent games. The return of David, who can play the role of “9”, intensifies the dispute for one of the spots in the attack.

Hired at the request of Alexander Medina, he became a kind of wild card in the Colorado squad. Striker by origin, he was once a left-back and has played as a left midfielder in the midfield tripod. He has an assist, for Alemão’s goal against Fluminense.

A regular in Medina’s time, Liziero was even chosen as a left-back in one of Gauchão’s classic Gre-Nais. With Mano, the midfielder lost space and has only two minutes on the field since the change in the pillbox. In the hierarchy, he was surpassed by Dourado and De Pena, who has been acting in the midfield tripod.

With the previous coaching staff, he participated in 12 games. He started with Cauan de Almeida in the farewell of D’Alessandro and committed a penalty. With Mano, he played for 15 minutes. Like Liziero, he was passed and fell behind in the line between the midfielders.

He hasn’t been on the field since the expulsion in the Gre-Nal on March 19. On the occasion, Inter took 3 to 0 in Beira-Rio. The boy did not know how to seize opportunities and was left behind in the dispute for a spot on the left side. He didn’t enter the field for a single minute with Mano. Today, with the return of Moisés, it becomes the third option for the role.

With no parts for the sector at the beginning of the year, Alexander Medina began to work in the starting lineup. Gradually, however, he accumulated flaws and came to see improvised defenders in his role. He hasn’t played since March and has already seen the Bustos reinforcement complete the 14th game in a row.

Used 14 times by Medina and in all competitions (Gauchão, Copa do Brasil, Sudamericana and Brasileirão), the 21-year-old forward lost ground with the recent reinforcements that landed in Porto Alegre. Wanderson, De Pena, Pedro Henrique, Alan Patrick and Alemão increased competitiveness in the sector. Under Mano’s command, he played for just 14 minutes.

He arrived at the beginning of the year at the level of the Brazilian selection by the cartel built in Europe. But the striker on loan from England’s Aston Villa can’t quite make the switch. He scored just two goals and lost the title to Alexandre Alemão.

The boy was shelved. It has not been listed and is at the end of the line among the available options for the attack. In the season, it was used in only three games.

Gustavo Maia has lost ground since the beginning of the year — Photo: Ricardo Duarte/Disclosure, Inter

Some players kept the title even after the change in the technical command and will hardly have their positions threatened. are the cases of Bustos, Bruno Méndez and Edenilson.

On the other hand, Gabriel and Mauricio they no longer have the indisputable poster of yore. The midfielder now has the shadow of a reinvigorated Rodrigo Dourado, while the midfielder has shown a drop in performance in recent matches and can go to the bench against Juventude.

Signed in the last hours of the transfer window, Pedro Henriquewhich debuted against Avai, and Alan Patrick pursue the best physical conditioning. Already vitãoa defender also brought from Europe, played 75 minutes in the victory over Independiente Medellín, for the Sudamericana, and is looking for more chances.

Recently recovered from injuries, the left-back moisés and the attacker David embody the options for the boss and return to running for their positions. the case of Taison inspires concern. Since Mano’s arrival, he only played 25 minutes against Avaí and, with a new thigh problem, stopped for three weeks.

The boy Stephen entered the last two games and is aiming for the first chance among the holders. already the sock boschilia undergoes muscle strengthening work and distances itself from opportunities.

The 23 players used by Mano: 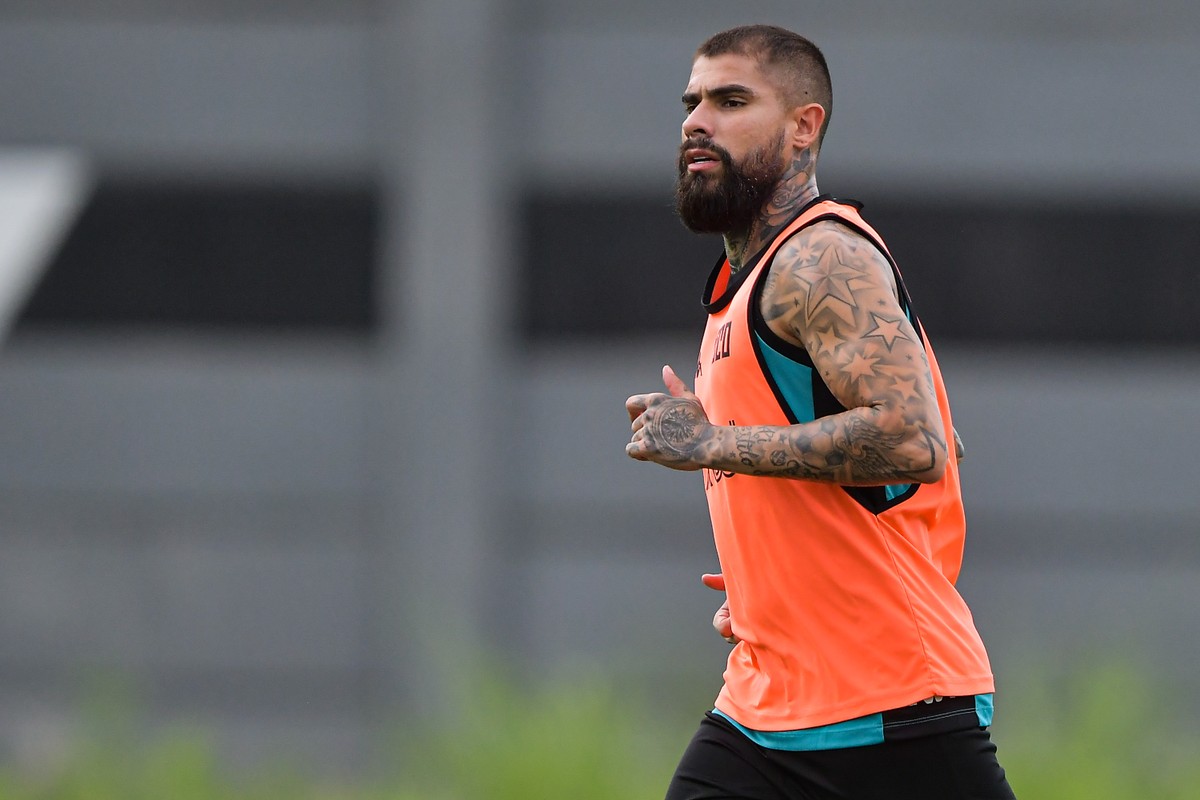 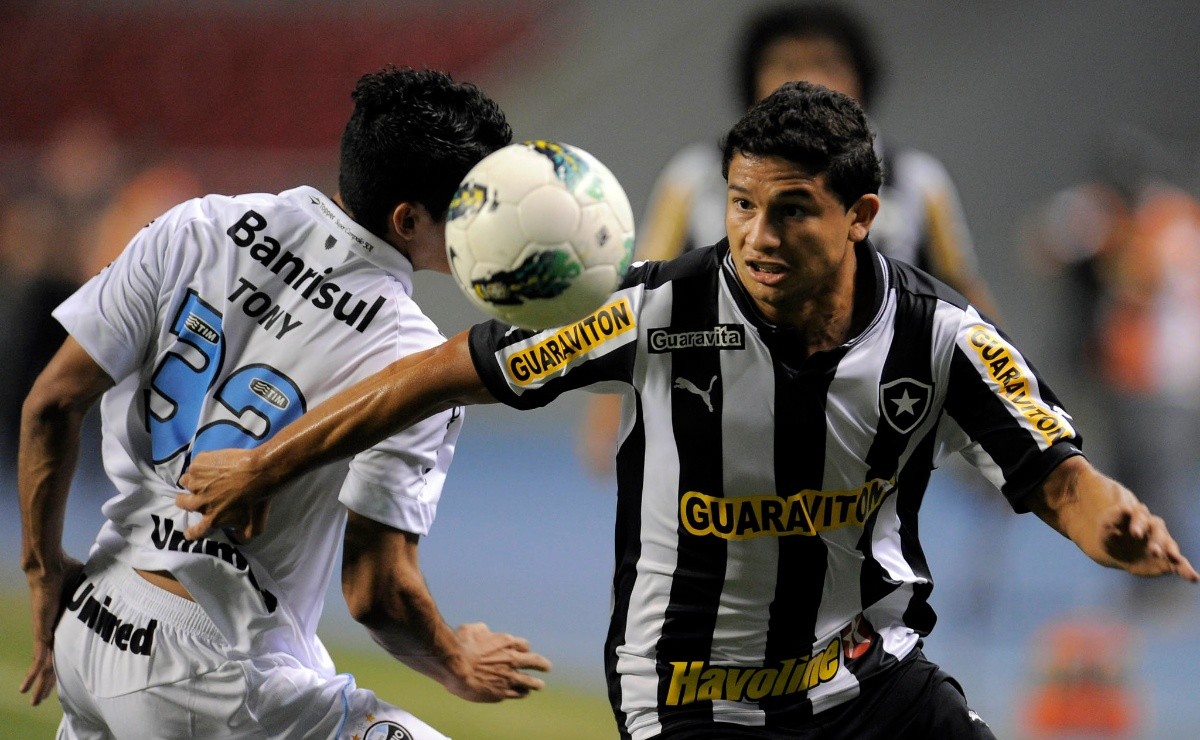 R$ 15.5 MI comes into play and Grêmio closes a deal with Elkeson; contract details are exposed 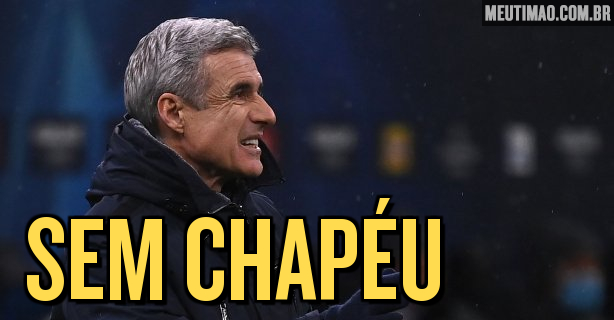