Vasco beat CSA 1-0 on Saturday night, joined the top four and is now the only unbeaten in Série B of the Brasileirão. But he also flirted with danger in São Januário, showed deficiencies again and heard protests from the crowd. From the boos to the party. From apprehension to relief.

In general, Vasco de Zé Ricardo had another bad performance, especially in the first half, when the creation sector didn’t work and the team didn’t attack the opponent from Alagoas. On the contrary: he still saw CSA having the two best chances, but Thiago Rodrigues grabbed the ball in shots where, luckily for Vasco, striker Lucas Barcelos ended up finishing badly.

The changes at the start of the second half changed the face of the game. Figueiredo, Juninho and Palacios corrected the creative block and instantly took the team forward. After one or two chances, Gabriel Pec opened the scoring after a kick by Figueiredo on the post, scored his first goal in this Series B and secured the team’s second victory in the competition.

With the result, Vasco reached 10 points and jumped to fifth place. It has the same score as Cruzeiro and Grêmio (who face each other this Sunday), but one less victory than the duo. The team can still drop to sixth place if Ponte Preta wins the classic against Guarani.

Getúlio was the big news in the lineup of coach Zé Ricardo. The shirt 99 entered Figueiredo’s spot in the attack and received his third chance as a starter since he arrived at Vasco, the first in this Series B. In the press conference after the match, the coach explained that he hoped mainly to take advantage of the aerial balls. But the strategy did not work.

Away from the area, Getúlio received most of the balls still in the middle of the field, glued to the sideline and with his back to where the team was attacking. He fought a lot – he was responsible for a tackle that, if it weren’t for Gabriel Pec’s slip, could have resulted in a good chance for Vasco. But the fact of having replaced Figueiredo, who had been having good performances, shortened the fans’ patience.

In the second or third mistake of the striker, the fans already booed and asked for substitution. The final straw was an attempt to reverse the game in the second half that he delivered at Marco Túlio’s feet. The CSA striker thanked him for the gift, carried and threatened Thiago Rodrigues’ goal with a kick from outside the area. Getúlio left the field in the 14th minute without receiving even a cross in the area. 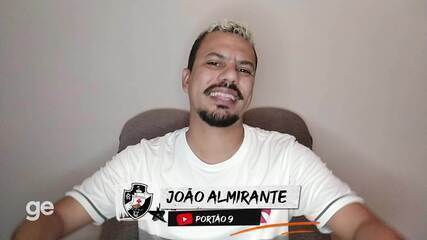 Justice is done: Getúlio was far from being Vasco’s main problem in São Januário. The team once again failed to create and followed the playbook of touches without objectivity in the defensive field until someone tried a direct link to the attack. The first more worked play only came in the 16th minute of the first half, but Raniel could not control the ball through Andrey, who, in turn, had a very weak performance.

The best opportunities came from a free-kick from Nenê that Marcelo Carné spread and from Edimar’s cross from the left that Gabriel Dias, on the second stick, finished half of a fish for another save by the CSA goalkeeper. A small oasis in the desert of creation that was Vasco in the first half.

The first 10 minutes of the second half were more of the same. It was only at 13 minutes that Vasco began to rehearse a reaction: Raniel received on the right of the area and crossed low, the defense took it badly, and Nenê kicked over defender Lucão on the rebound. Then came the replacements. Getúlio gave way to Figueiredo, and Andrey to Juninho (who recovered from a thigh injury and returned to the list after three rounds). And the game has changed.

The two players, but mainly the midfielder, filled the void in the midfield and pushed the team to attack. At 22, Palacios replaced Nenê and renewed the team’s breath. Before Gabriel Pec opened the scoring, Figueiredo (with a header) and Pec himself (with a left-handed kick inside the area) gave the message that Vasco was not going to give up the points so easily.

When it came to the goal, the highlights were the start of Palacios, who received the ball in midfield and, even though he was still out of ideal physical shape, managed to speed up the move; and the intelligence of Pec, who was offside when Figueiredo received the ball, but retreated and corrected his position before his teammate finished on the post and the ball was left at his feet.

Gabriel Pec, from Vasco, flees the offside in the goal against CSA – Photo: Reproduction

The goal was the spark needed to set São Januário on fire. The fans until then seemed distressed and impatient, but from then on they poured out and carried the team to victory. CSA even tried to react, but Vasco’s defensive system behaved very well in the match and suffered few scares. And when needed, Thiago Rodrigues saved the team in at least two moves and lived up to a good start to the season.

Last but not least, it is necessary to highlight the performance of Yuri Lara, perhaps Vasco’s best player in the match. Tireless, the defensive midfielder seemed to be on every ball, was the team’s tackle leader (four) and, as usual, heard the crowd barking with every stolen/intercepted ball.

The next game, against Bahia, is only on Sunday. The victory, at least, gives the certainty that the next few days will be calmer at Vasco.

Watch everything about Vasco on ge, Globo and sportv: 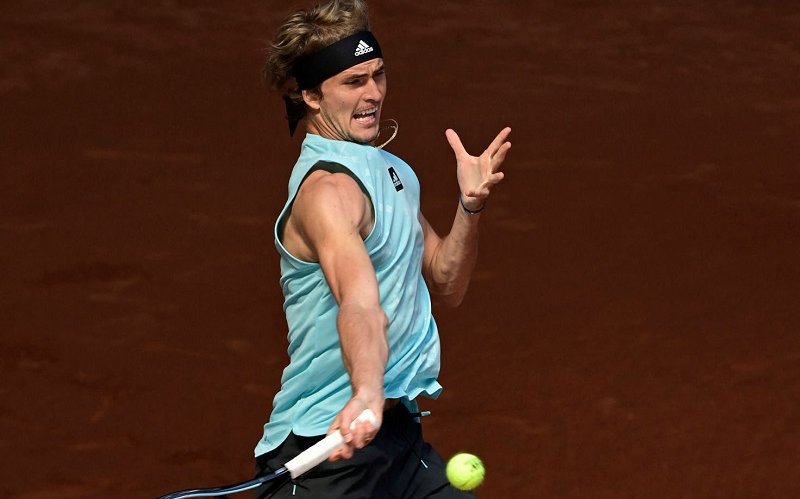 Zverev finally beats Tsitsipas on clay and seeks the tri