After a disastrous week for risky assets, the next few days have an agenda full of indicators that could rock the stock markets once again. Highlight for inflation data in Brazil, United States and Europe. Monetary authorities around the world are keeping an eye on the global rise in prices, withdrawing stimulus measures and raising interest rates – the combination that has sent markets crashing.

On Wednesday (11) comes out the Consumer Price Index (IPCA), for the month of April. It is worth remembering that last month’s inflation preview (IPCA-15) increased 1.73%, the highest rate for the period in 27 years. For the full month, Itaú forecasts a rise of 1.04%, taking 12-month inflation to 12.11% – for the bank’s analysts, it will be the peak of inflation in 2022.

“The reading will be pressured again by administered prices, mainly reflecting the Petrobras adjustment announced in mid-March. Other regulated items, such as pharmaceuticals, will accelerate this reading. On the other hand, electricity will show some deflation, reflecting the switch to the green tariff flag in mid-April,” the analysis reads.

Bradesco bets on an increase of 0.98%. “Despite the bearish impact of the green flag on electricity prices, food prices and core components are likely to continue pushing the indicator,” the bank’s analysts wrote.

But before the IPCA, on Tuesday (10th), there is another highlight on the agenda that is highly anticipated by investors: the minutes of the last meeting of the Monetary Policy Committee (Copom). Last week, the BC raised the Selic by 1 percentage point and left the door open for a new high “of lesser magnitude”, according to the statement accompanying the decision.

“Apparently, the decision to prolong or stop the cycle of monetary tightening will be taken on a one-to-one basis. We expect it to end with the Selic at 13.75%, with two extra hikes of 50 basis points, but the release of the draft next Tuesday may lead us to review this projection, if necessary”, says the Itaú analysis team. .

It is not known whether the resumption of the strike by BC servers could somehow delay the publication of the draft. The release of the Focus Report, with economists’ forecast, is also not expected on Monday.

The week will also bring indicators of economic activity. On the same day as the Copom minutes, retail data for March are released. Itaú forecasts a 1.3% increase in the core index and a 0.3% increase in the broader index, which includes vehicles and construction materials. For the monthly survey of services (PMS), to be released on Thursday (12), the bank believes in a monthly advance of 0.5%. The release of the two indicators closes the first quarter activity dataset.

In the week following the decision of the Central Bank of the United States to raise the country’s interest rates by 50 basis points, attention is now turned to new inflation data in the country. On Wednesday (11), the consumer price index (CPI) comes out, and the consensus Refinitiv waits for a positive monthly change of 0.2% in April. On the following day (12), it is the turn of the producer price index (PPI), which, according to market projections, should advance 0.5% from March to April.

Price indices are also expected in Germany (on Wednesday) and China (on Tuesday). And speaking of the Asian country, the world will continue to monitor the country’s Covid zero policy, which has imposed new lockdowns with a new outbreak of the omicron variant. A possible slowdown in the Chinese economy, with impacts on the supply chain and logistics, has also discouraged the market in recent days.

Important week for Banco Inter (BIDI4;BIDI11), which holds an extraordinary general meeting on Thursday (12) to approve the new terms of the proposed listing of the company on Nasdaq.

As in the first attempt at reorganization, shareholders will have two options: exchange the shares they hold for BDRs (receipts for shares traded abroad) or opt for cash. The possibility of cash out it was precisely what prevented the restructuring from going ahead, in November last year.

Under the new terms, the amount was fixed at R$ 19.35 per unit (combination of one common share and two preferred shares) and the limit set at R$1.13 billion. If it is exceeded again, as in the first attempt, the amount will be divided between the shareholders who opted for cash out and the remaining amount will be paid in company BDRs.

On Tuesday (10), Embraer (EMBR3) is expected to make an announcement about the approval of the merger between its subsidiary Eve, of “flying cars”, and Zanite, a special purpose company (Spac, its acronym in English). , the news agency of the Estadão. The company resulting from the business combination will be called Eve Holding and must be listed on the New York Stock Exchange (NYSE).

And the companies’ quarterly earnings calendar is in full swing. This week, more than 80 companies released balance sheets for the first quarter, especially Itaú (ITUB4), Banco do Brasil (BBAS3), B3 (B3SA3), Azul (AZUL4) and Via (VIIA3).

Check out the results calendar for the week: 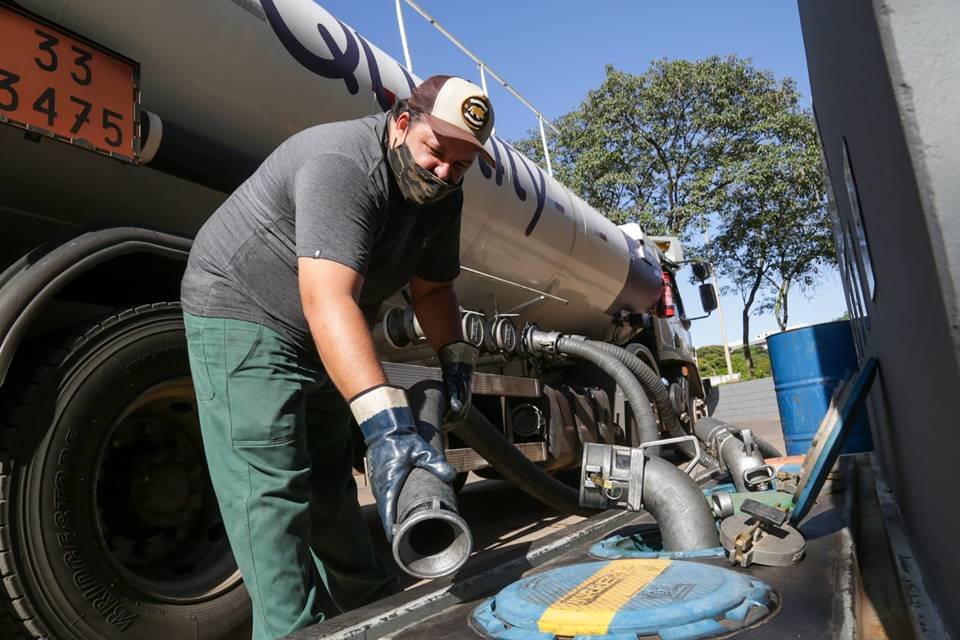 ICMS on fuel changes. See impact for states and consumers