Palmeiras and Fluminense played a balanced game and, even with a better second half, Alviverde did not get the victory in today’s game (8), at Allianz Parque. Dudu scored for the hosts, and Cano scored for the Cariocas: 1 to 1. With six points, Verdão remains in the middle of the Brasileirão table. Tricolor, even tired, got a good result and reached five points.

On Wednesday (11), Palmeiras will go to Londrina to decide their life in the Copa do Brasil against Juazeirense-BA. On the first leg, in Barueri, Abel Ferreira’s team won 2-1. Flu will go to Goiânia to face Vila Nova. In the first leg, Tricolor won 3-2.

Palmeiras made a good 1st half, but was not so superior to the rival. Alviverde bet on speed and tightness when leaving the carioca game. Rony participated in good plays, especially at 19′, when he played with Fábio and asked for a penalty. The referee ordered him to go. Flu had arrived shortly before, with a great shot from outside the area by Nathan, after a rehearsed play in a corner kick by Ganso.

In the second stage, Palmeiras continued with the same game, but this time, Flu didn’t know how to neutralize the arrivals so well, neither managed to get ahead and bother Palmeiras. In the 26′, Scarpa received the attack on the right and crossed with great effect. The ball passed by everyone, but not by Dudu, who concluded over the line and made it 1 to 0.

Eleven minutes later, at 37′, it was Cano’s turn to complete for the nets, after a good move by Caio Paulista on the right. The Argentinian was alone in the small area and concluded with category, with his right foot to make it 1 to 1.

Palmeiras started the game at high speed, marking the departure of Fluminense and looking to surprise the carioca defense. Betting on playing on the right, with Dudu, Alviverde had good chances in the sector, but had difficulty completing the chances he created. In the second stage, Palmeiras followed in the same vein, until opening the score, at 26′, with Dudu. But, in a failure of the defense on the left, he saw the opponent equalize.

Fernando Diniz has already given his face to Flu. The team plays the ball calmly and intelligently and always tries to reach the attack in a coordinated way. In the first step, it worked. In the second, the team got a little tired and it was easy for Palmeiras, who opened the scoring, in the 26′. Even so, he managed to equalize at 37′ of the final stage, with Cano, alone in the small area, after a good cross from Caio Paulista.

It went well: Dudu tired the Flo and made his

In addition to the goal, Dudu was Palmeiras’ most effective striker in the match. Aloof, he messed up Fluminense’s defense and left the defense tired, opening spaces for himself and his teammates

The chance he received from Abel Ferreira was not taken well by Wesley. The striker, once again, was somewhat detached in key plays.

The clock showed just over 2 minutes when Ron won the race, dribbled Fábio with a head touch and crossed to Wesley, who didn’t catch up. Very lit, Rony pressed the ball out of Fluminense a lot and arrived well at speed.

At 19′, he took advantage of Nino and Wellington’s mistake and invaded the area. Fábio left at the foot of the palmeirense, who went to the ground. The play followed and Wesley hit out, without a goalie. Even if there is doubt as to whether there is a penalty in the bid, this type of goal opportunity cannot be missed.

Flu’s number 10 gave good organization to the midfield and had made a great corner kick in a rehearsed play, with the ball rolled into the area and Nathan’s shot, generating another corner. In the next kick, the midfielder felt his left thigh, apparently when hitting the ball, and asked for a substitution, at 17′ of the 1st half.

Flu made Palmeiras try their own poison when they fitted a manual counterattack, at 5′ of the second half: Nathan made a beautiful launch and activated Pineida in the left half. The side crossed to the second post, Luiz Henrique kicked weakly and the ball even passed Weverton, but Murilo took it with a heel.

The move from the left was very fast. And suddenly, Jorge was inside the area, crossing perfectly for Dudu. Face to face with the goalkeeper, shirt 7 hit like he gave, at first, a ball that came at half height. Fábio, well placed, saved with his shoulder.

Dudu opens the scoring at 26′ of the second half

Palmeiras already deserved the goal when Scarpa received it on the right and crossed low, in effect, towards the goal. The ball deceived everyone and Dudu completed over the line.

Cano completed after a pass from Caio Paulista and tied

Palmeiras went easy on the left, and Jorge was left feeling homesick against Caio Paulista. The cross came perfect for Cano, alone, anchored in the small area. 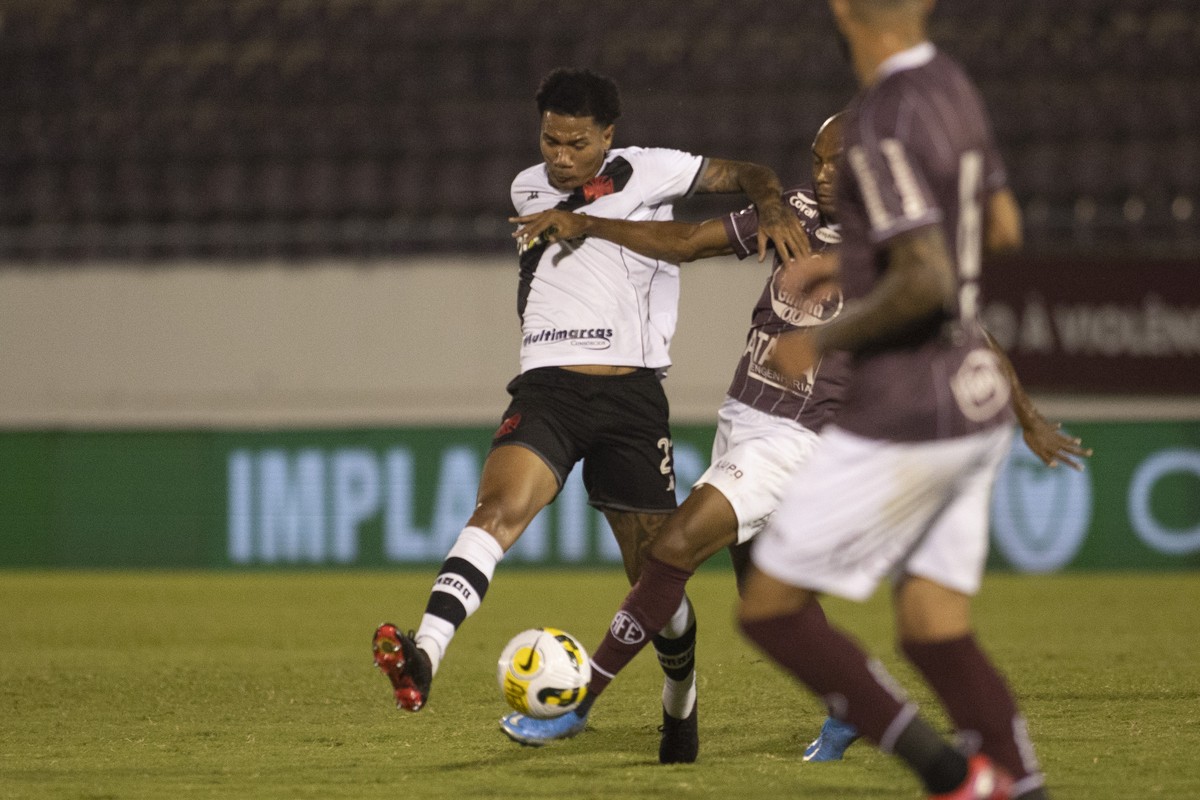 Vasco’s steering wheel, Zé Gabriel is robbed and his car is stolen on the Linha Amarela, in Rio | vasco 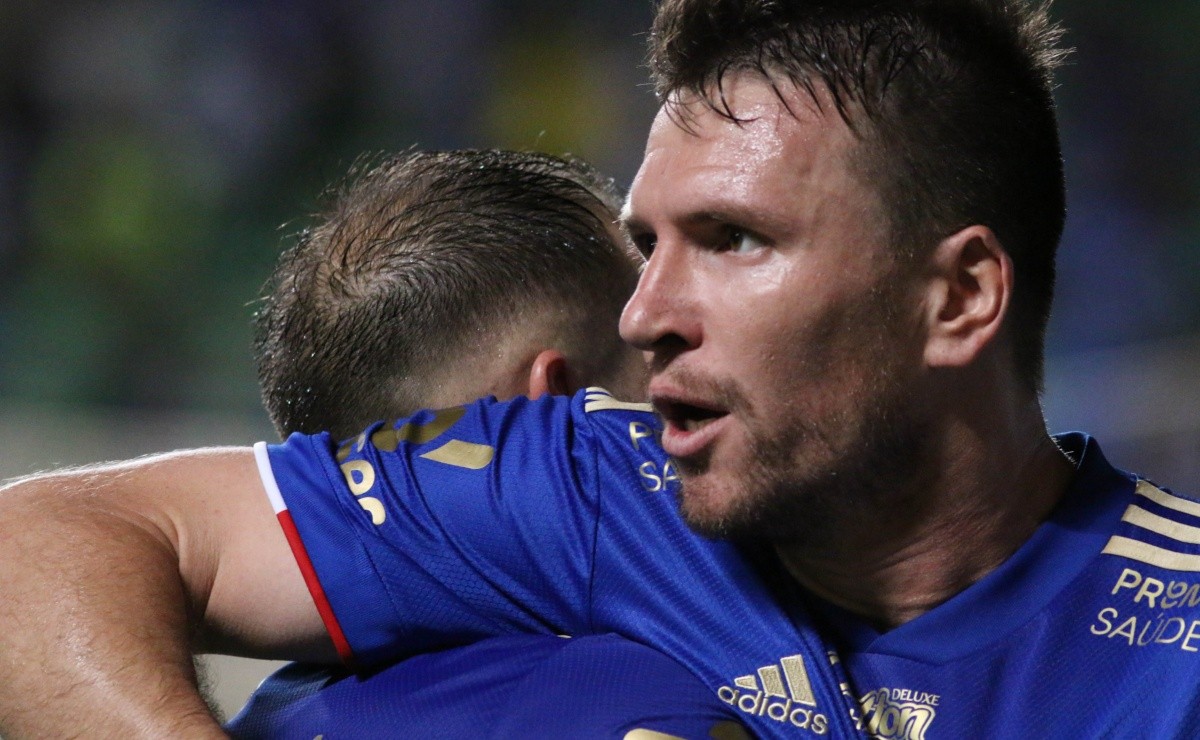 “It is literally the opposite”; Brock does not shut up and exposes changes behind the scenes at Cruzeiro in recent years 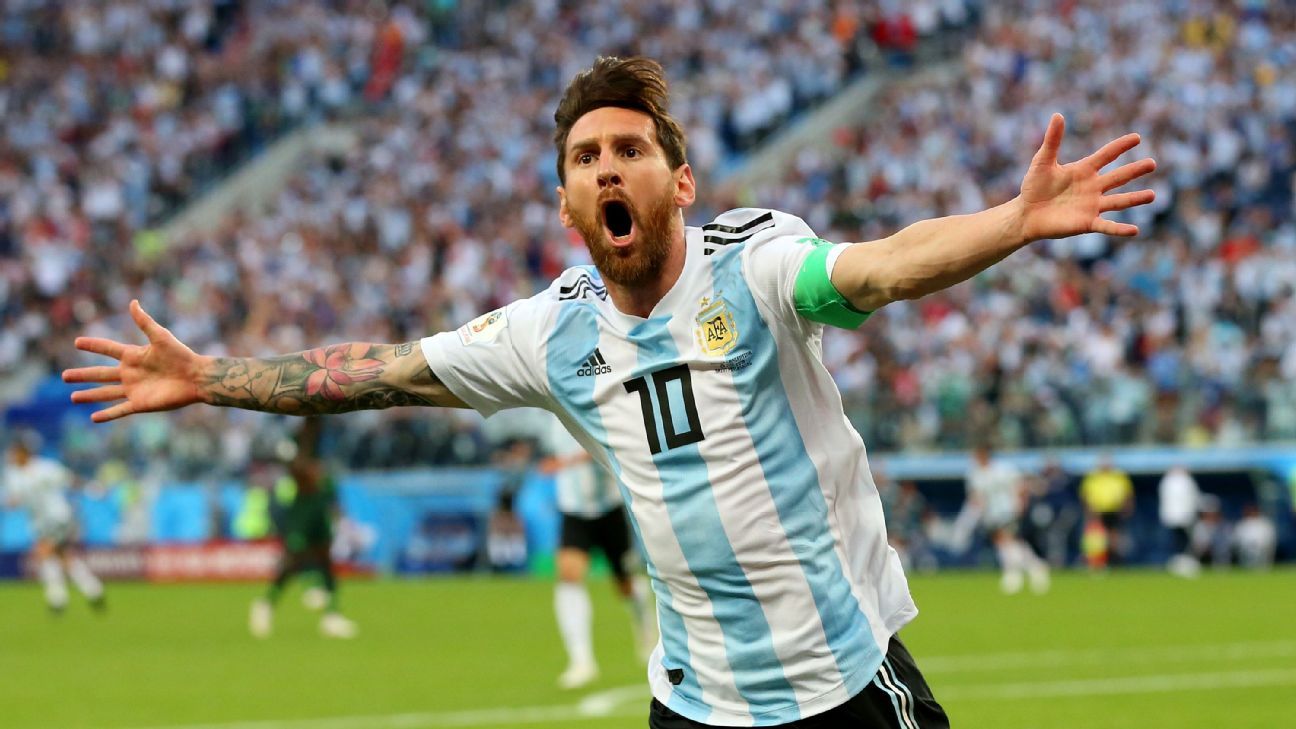 Abel Ferreira prepares changes for the next two games