Health confirms 13 deaths from the disease in the last 24 hours; is the lowest number since March 24, 2020

The Ministry of Health confirmed, this Sunday (May 8, 2022), 13 deaths from covid-19 registered in Brazil in the last 24 hours. In all, there are 664,139 victims of the disease in the country since the beginning of the pandemic.

The number of confirmed deaths in the last 24 hours is the lowest since March 24, 2020, when 12 deaths were recorded.

According to the ministry, the Federal District, Minas Gerais, Mato Grosso, Rio de Janeiro, Roraima and Tocantins did not update the data for the day. Mato Grosso do Sul did not just update the number of deaths. 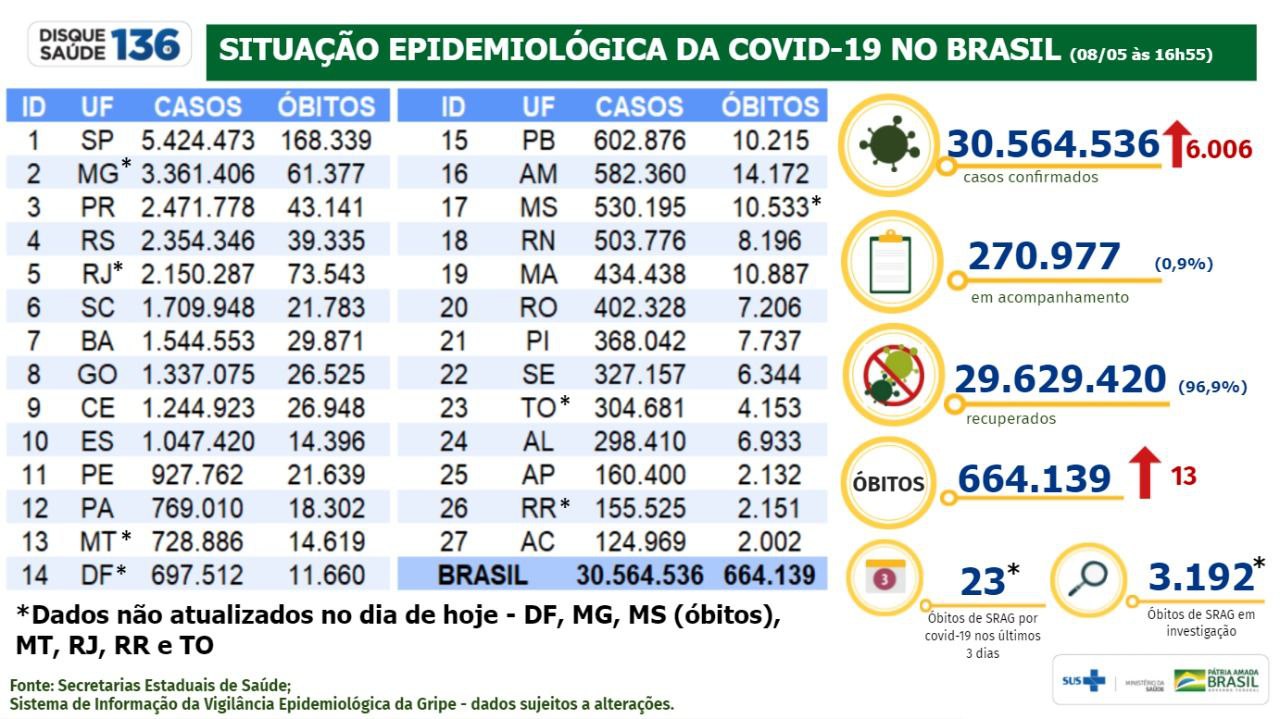 Read here how and from where Power 360 get data about coronavirus. The daily records of deaths do not refer to the dates of deaths, but to the day the death was reported to the Ministry of Health.

AVERAGE OF DEATH AND CASES

To explain the situation of the pandemic, the Power 360 uses the 7-day average as a metric. The indicator shows that the average number of deaths in Brazil is 89.

The curve shows a stability trend with a variation of -9% in relation to two weeks ago. 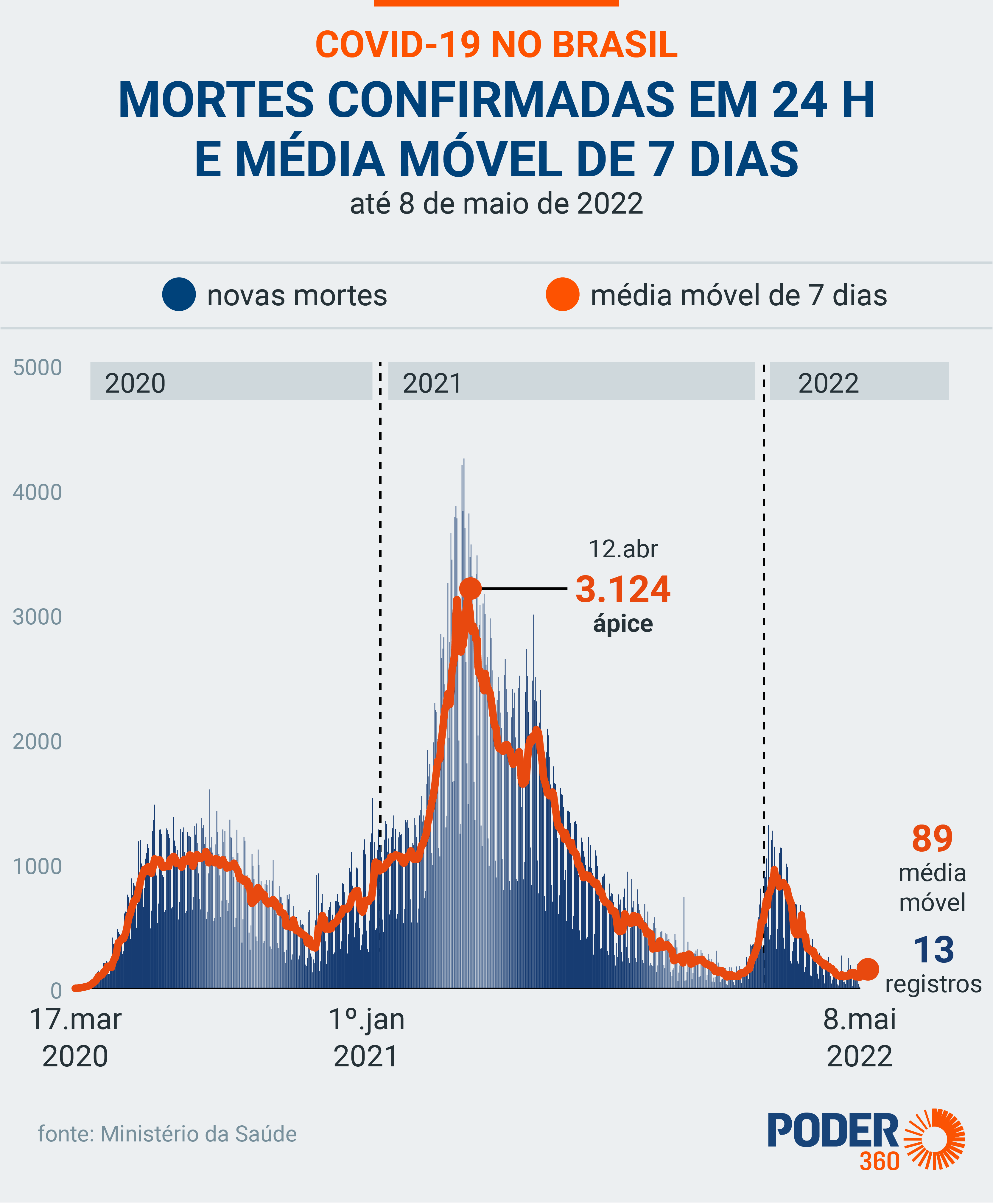 It is considered that there is an uptrend when the variation of the curve in the comparison with 14 days before is greater than 15%. The movement is downward when the difference is less than -15%. There is stability when the oscillation is in the range of 15% to -15%.

The moving average of cases indicates 15,720 records per day. The data shows a steady trend with a 15% change from two weeks earlier. 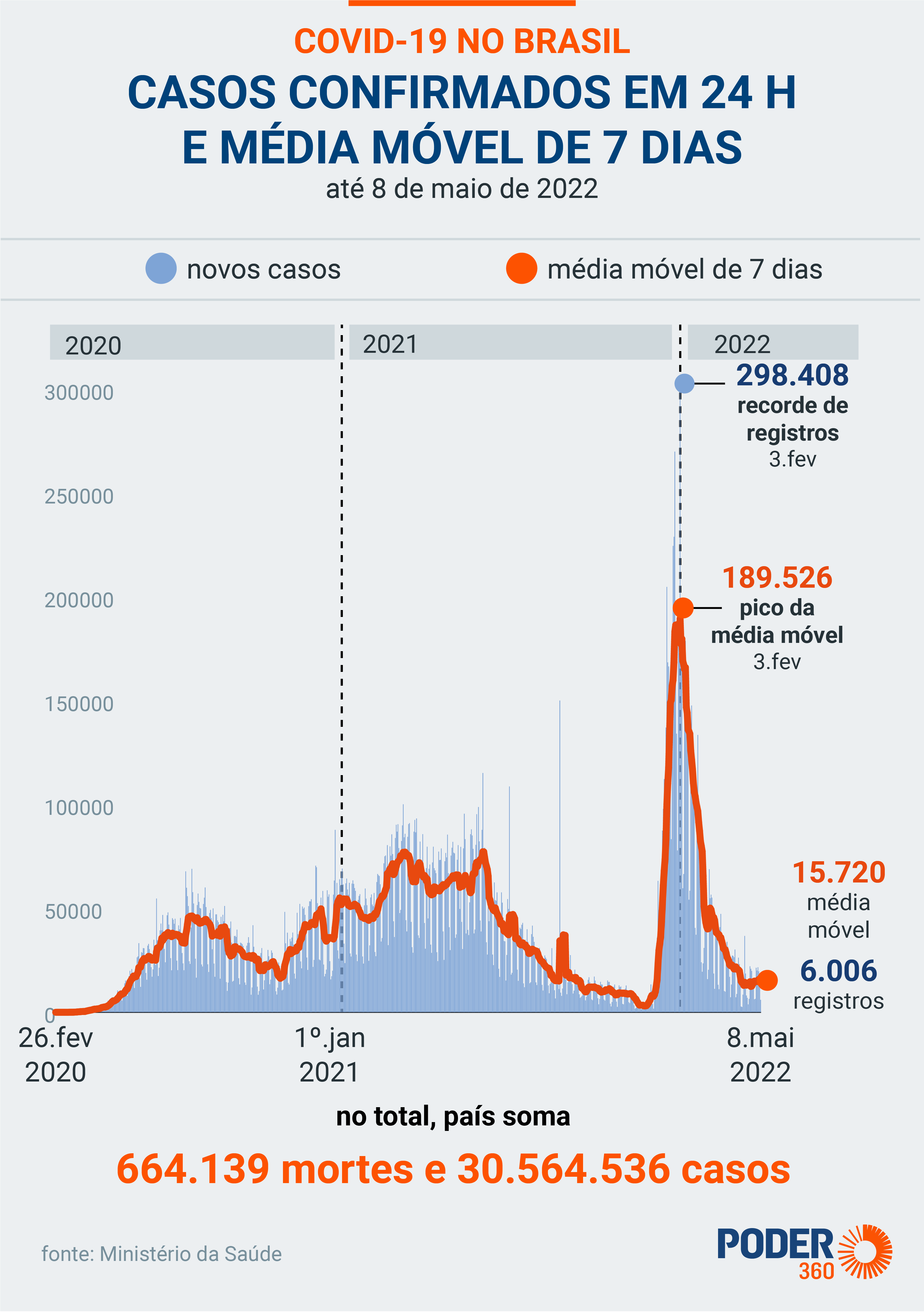 The rates consider the number of deaths confirmed by the Ministry of Health and the population estimate from the IBGE (Brazilian Institute of Geography and Statistics) for the year 2021 in each unit of the Federation. 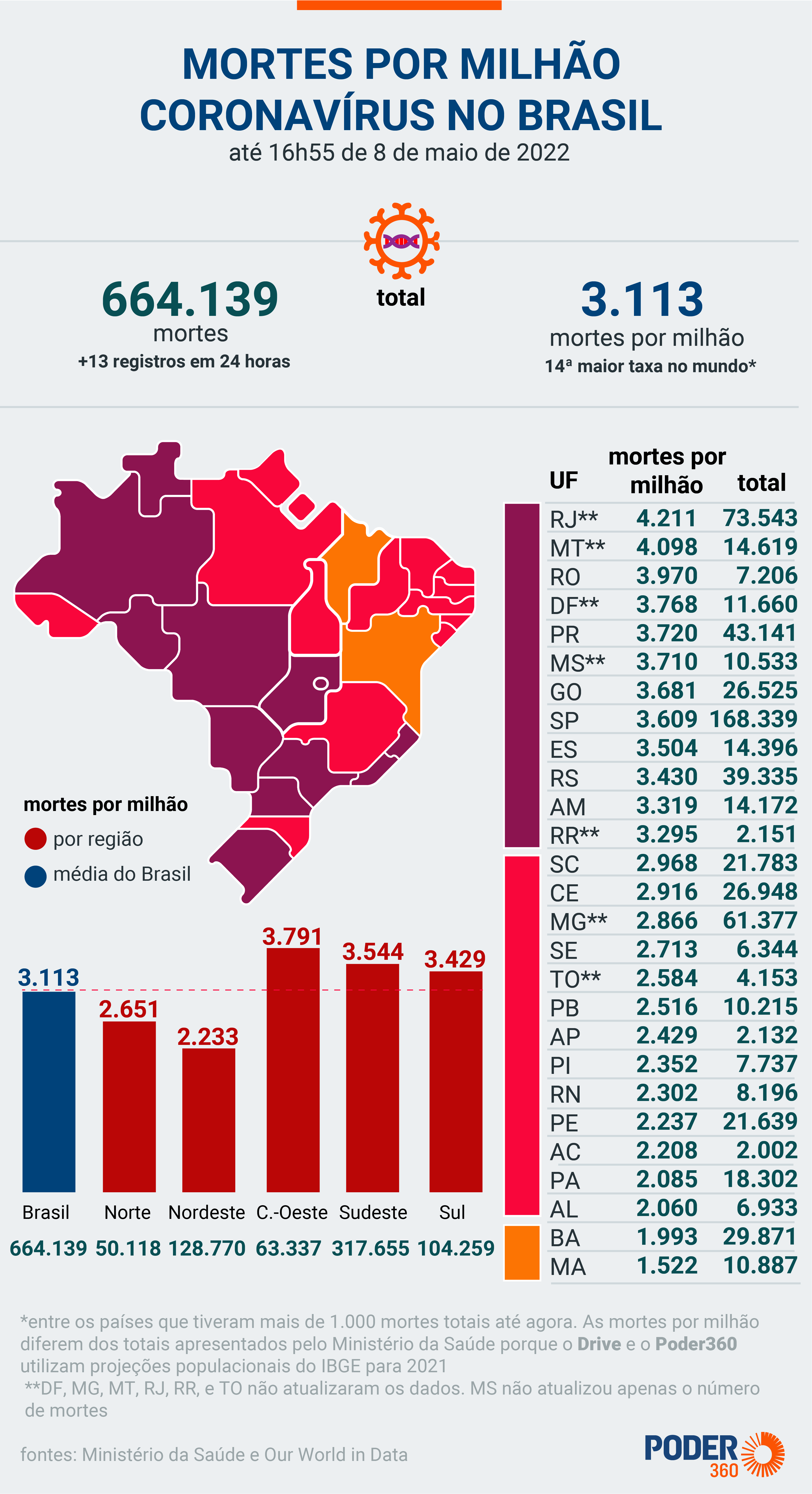 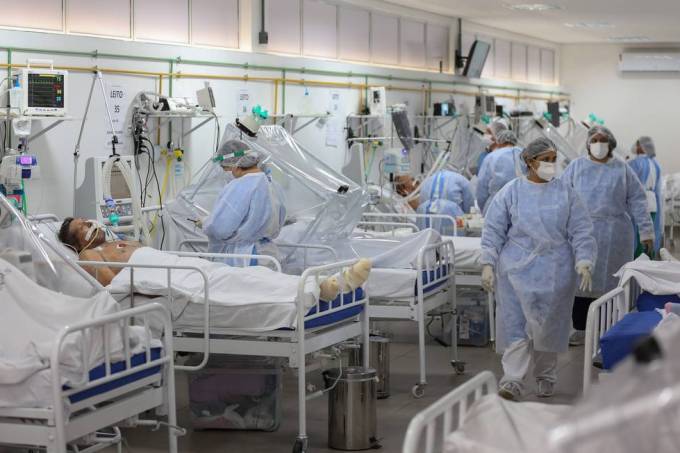 Covid-19 and flu patients are twice as likely to die 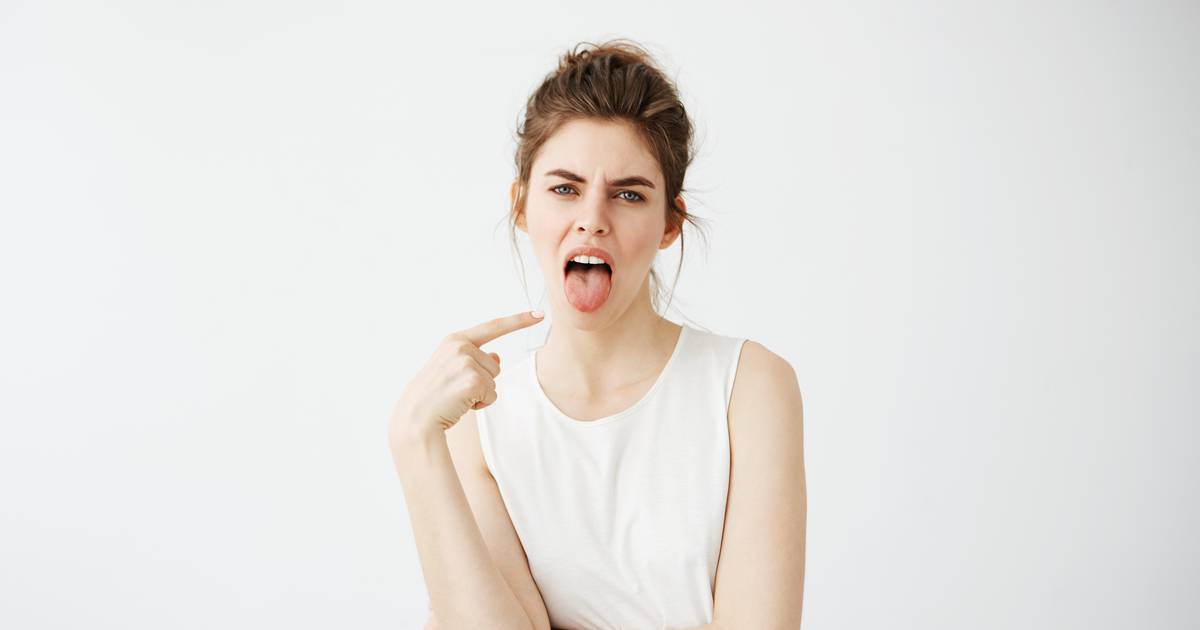 Do you wake up with a dry mouth? This could be a symptom of a serious illness – Metro World News Brasil