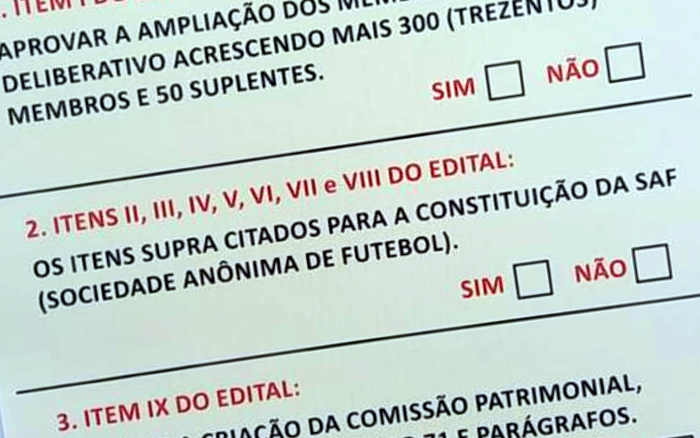 The ballot made available to tricolor members at the historic AGE. Do you agree with the result? 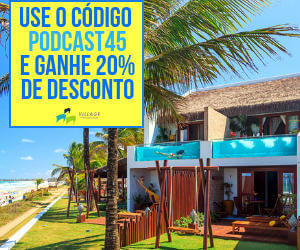 On a busy Sunday at Arruda, with Santa Cruz getting their first victory in Série D, the club also hosted the Extraordinary General Assembly, whose voting ended only at halftime for BR. And the result of the vote, with the analysis of three questions, ended up being a great political victory for Antônio Luiz Neto, reappointed to the executive presidency in March after the resignation of the previous director.

With objective questions, with “yes” or “no”, the tricolor members voted “yes” on the three questions, all stitched together and supported by the current choir representative. Starting with the expansion of the Deliberative Council, with 300 more members, in addition to 50 alternates, although this expansion will only be valid from the next administration – scheduled for the 2024/2026 triennium. In the Council, ALN has, historically, had its great current of support, and the idea of ​​expansion does not seem to be a coincidence of the experienced leader.

The second point was even more important, in my view, as it addressed the constitution of Santa Cruz’s Sociedade Anônima do Futebol (SAF). Apart from being or not the solution for the club’s economic recovery, the SAF now becomes an exclusive decision of the representative, and not of the members and/or counselors. It is an unusual path in relation to the theme, considering the other Brazilian associative clubs that adhered to the recently created SAF model, such as Cruzeiro and Botafogo. In practice, then, the partners did not vote for the creation of the SAF, but for the possibility of constituting it through Antônio Luiz Neto, and only him.

SAF decision will be centralized

Here is item 3 of the notice, now approved: “To authorize the constitution of a joint-stock company of football (“SAF”), (…) whose implementation and effective constitution will be in charge of the Executive of the Club, who will adopt all the necessary measures for the constitution of the SAF, in accordance with its judgment of opportunity and convenience aimed at the best formatting for attracting investments, in compliance with the strategic and restructuring planning of the club”. There is still no “value” on Santa or interested company – at least publicly.

The third question was about the recreation of the Heritage Commission, which was already chaired by the ALN itself in 2015/2017 – by the way, the top hat also commanded the Deliberative Council, in 1999/2000. Therefore, the general result of the AGE contrasts sharply with the movements of fans on social networks during the last few weeks, rejecting the proposals – at least that was the impression I had. And there’s an obvious explanation.

Although it is a club with 1.26 million fans, according to Datafolha, and which mobilizes 20,000 people in a 4th division debut, Santa Cruz’s membership is the smallest in the capital, far from potential. According to the DNA Coral campaign website, today there are 4,780 members. Rivals Náutico and Sport have more than 20 thousand, with data below the objective – imagine Santa.

Regarding those eligible to vote on Avenida Beberibe, there were only 2,695. And the turnout was even lower, with less than 800 valid votes, or 1/3 of the possible frame. Going further, only 0.06% of the crowd. In other words, the fate of the club was voted on in an AGE with minimal participation, in another consequence of the removal of the members. The majority present followed ALN.

Check out the entirety of the items present in the public notice voted on at the AGE by clicking here. 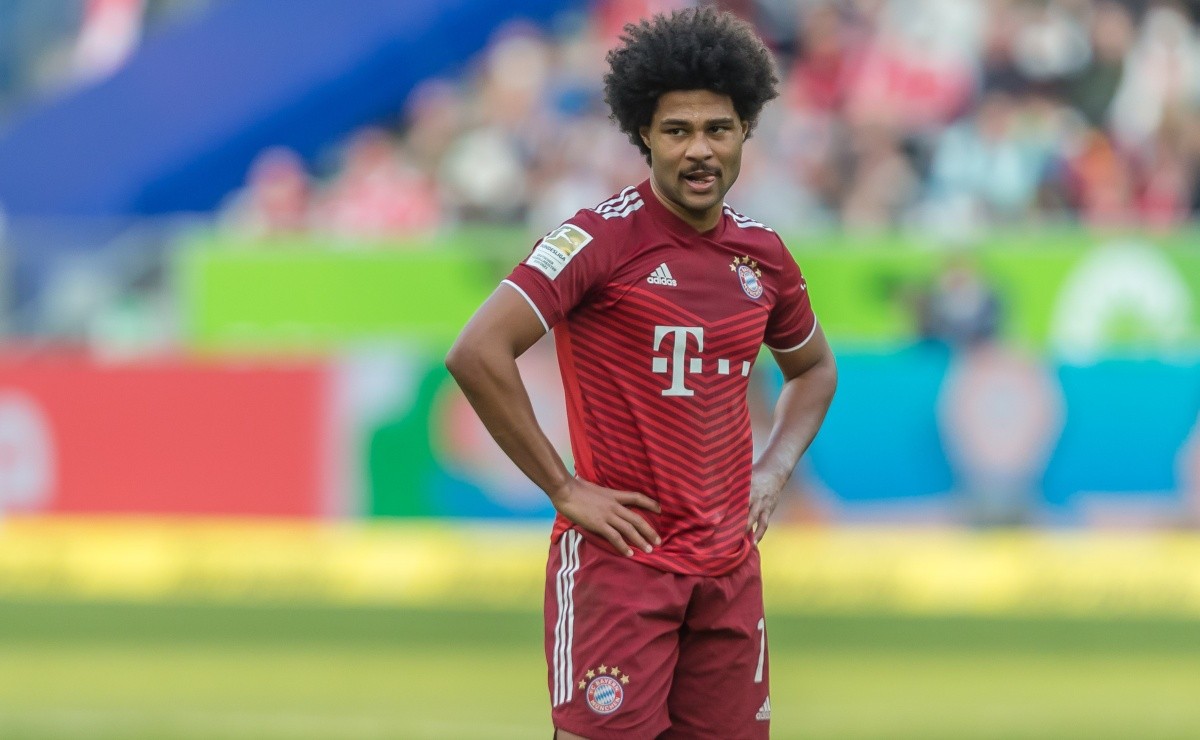 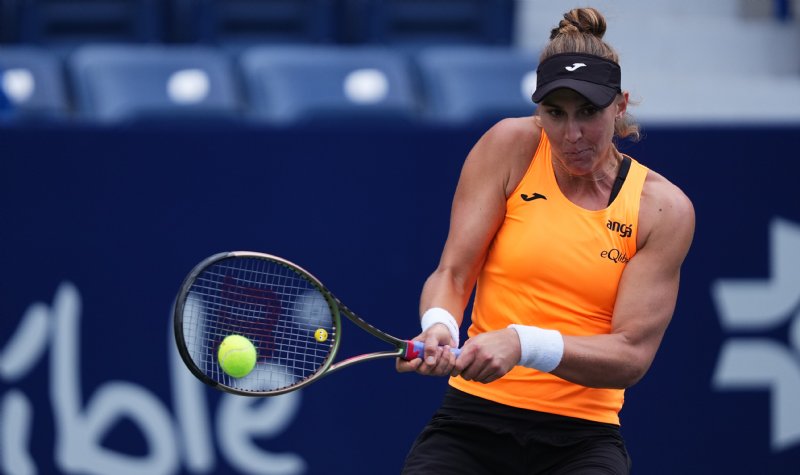 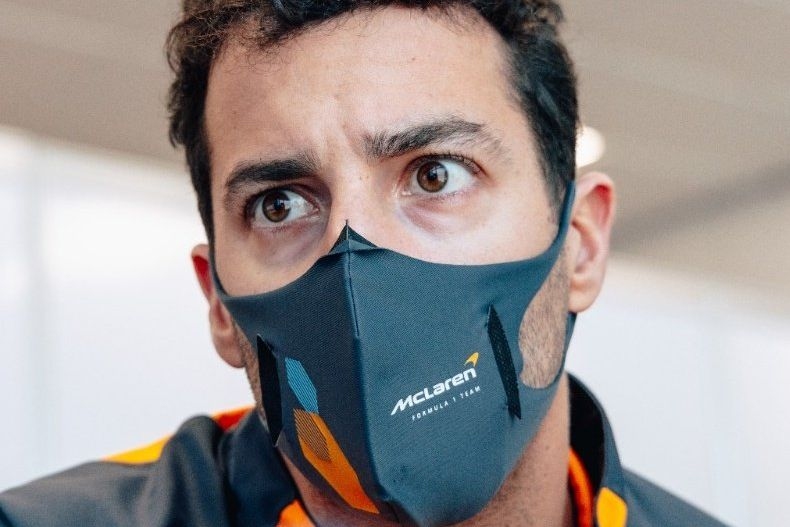 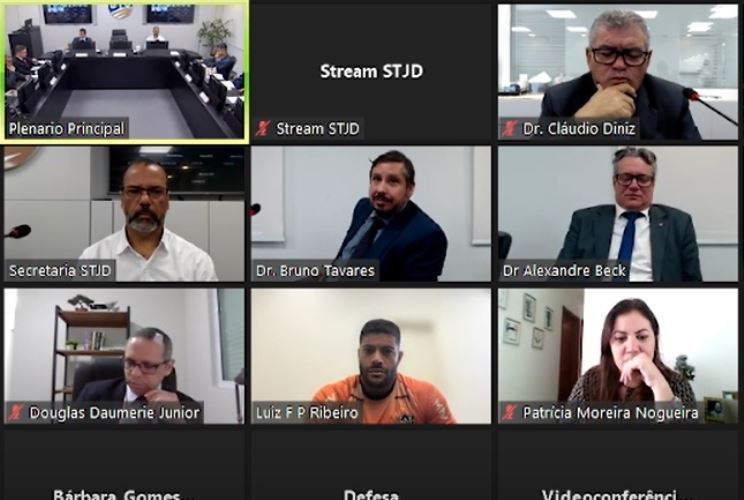 5-0: Hulk is unanimously acquitted in STJD and will not miss Atlético – Rádio Itatiaia