After 13 years of waiting, the continuation of the story of Pandora’s conquest will finally hit theaters

Avatar (2009) is the highest grossing film in history. The production, directed by James Cameron, raised more than US$ 2.8 billion (R$ 13.9 billion, at the current price). Despite the resounding success, the sequel took 13 years to get off the ground. Yes, Avatar: The Way of Water will hit theaters in 2022. And the production has finally won its first trailer, which takes us back to the moon Pandora.

Watch the trailer for Avatar: The Water Way Avatar: The Way of Water trailer

Sequel returns to the moon Pandora after 13 years

In the new video, James Cameron indicates that the delay also served for the special effects to go far beyond what had been presented in the first film. And, this time, the director bets on a visual with lots of water, showing a different facet of the moon Pandora. Among the images, what appears to be a different ethnicity from the Na’Vi (the inhabitants of Pandora) is shown, with greenish skin. And humans are also present, with a mining base, which indicates that there will be problems to be faced. And Jake Sully (Sam Worthington) and Neytiri (Zoe Saldana) are now a family, with one of the children mixing human and Na’vi traits. In the trailer, we hear Jake’s voice saying, “I know something. Wherever we go, this family is our strength.

Avatar: The Way of Water Synopsis

Not much is known about the plot of Avatar 2 yet, but the official synopsis reveals a few things:

Jake Sully and Neytiri have formed a family and are doing everything they can to stay together. However, they must leave their home and explore Pandora’s regions to survive. When an ancient threat resurfaces, Jake resolves to wage an uphill battle against his own kind.

The description that appears next to the first trailer also gives some more indications:

Set more than a decade after the events of the first film, Avatar: The Way of Water begins to tell the story of the Sully family (Jake, Neytiri and their children), the problems that haunt them, the lengths they go to protect each other. , the battles they fight to stay alive and the tragedies they suffer.

When does Avatar 2 come out?

Calm! The film already has a release date set. Avatar: The Way of Water opens on the day December 15, 2022 at the movies. However, the production is not yet scheduled to hit streaming platforms.

What was Avatar about?

Humans want to dominate an extraterrestrial moon known as Pandora. The place is a source of valuable metals but is also home to Na’Vi. The beings, who seem primitive, are stronger than earthlings and are able to use the raw material of their habitat for weapons and battle strategies.

Pandora has a toxic environment for humans. In order to colonize and explore the site, Earthling scientists invented hybrid beings, known as avatars, who were mentally controlled by humans but moved around the extraterrestrial moon carelessly. The film’s protagonist, Jake Sully (Sam Worthington), a former marine who was left paraplegic in a field accident, replaced his brother on the Avatar show. The twin brother died before the experiments began and had to be exchanged for a family member.

With the technology developed for the mission, the paraplegic man can walk again, like an Avatar. On a mission to explore Pandora, Jake meets Neytiri (Zoe Saldana). Princess Na’Vi forms a bond of trust with the human, reveals secrets of her planet and, unknowingly, ends up facilitating the Earthlings’ invasion of the moon.

But Jake is also affected by his relationship with the princess and loses focus on the mission. When he really gets to know the native people of Pandora, he understands that he needs to help them before it’s too late. The film’s protagonist falls in love with Neytiri and vows to fight for the survival of the extraterrestrial place.

Avatar: The Way of Water Cast

The second film in the franchise brings Zoe Saldana back as Neytiri, Princess Na’Vi, and Sam Worthington in the role of Jake Sully. Cameron also confirmed the return of Sigourney Weaver as a new character and Stephen Lang, playing Miles Quaritch, the colonel who died in Avatar (2009). Sam Worthington in a scene from Avatar Sigourney Weaver in the movie Avatar

Why did Avatar 2 take so long? The main reason for the wait was the scripts. In addition to directing the franchise, James Cameron is also a screenwriter. And along with Avatar, the director was developing four more movies!

Avatar: The Way of Water was scheduled to premiere in 2014, while Avatar 3 would be released in 2015. However, Twentieth Century Fox had to push the films back to 2020 and 2021, respectively, because of Cameron’s delays. More recently, the dates have changed againfor December 2022 and 2024, respectively. Who wants to see more of the alien planet Pandora?

Avatar 4 and 5 also had their premieres established. Currently, the films are scheduled to hit theaters in 2026 and 2028. However, the public reception, and especially the production of Pandora’s stunning backdrops, may change the studio’s planned release date.

When James Cameron introduced Pandora to the audience, we were able to see breathtaking visual effects for the first time, a true immersion in the Na’Vi planet like never before seen in theaters. As expected, in the next films of the saga, the director wants to go further. Cameron intends to bring even more intense sensations and even more dreamlike scenarios to the viewer, such as presenting the underwater part of the extraterrestrial world.

The director is aware of the challenge. As director of Titanic, he already has experience with productions involving the sea. In an interview with Collider, he talked about recordings involving large amounts of water on the film set:

“The problem with water is not the submerged part, but the interface between air and water, which forms a moving mirror. This moving mirror reflects all the points and markers, and creates a bunch of false markers, which makes it difficult to capture for CGI. It’s like a fighter plane dropping a bunch of straw to confuse a missile’s radar system. It creates thousands of false targets, so we had to figure out how to get around this problem, which we did successfully. Basically, whenever you add water to any recording, it gets ten times harder. So we put a lot of power, innovation, imagination and new technologies into solving the problem, and it took us about a year and a half to figure out how we are going to do that.” The visual developed by James Cameron is magnificent

If after all this you missed Pandora and the blue beings, you can watch Avatar (2009) on Disney+. 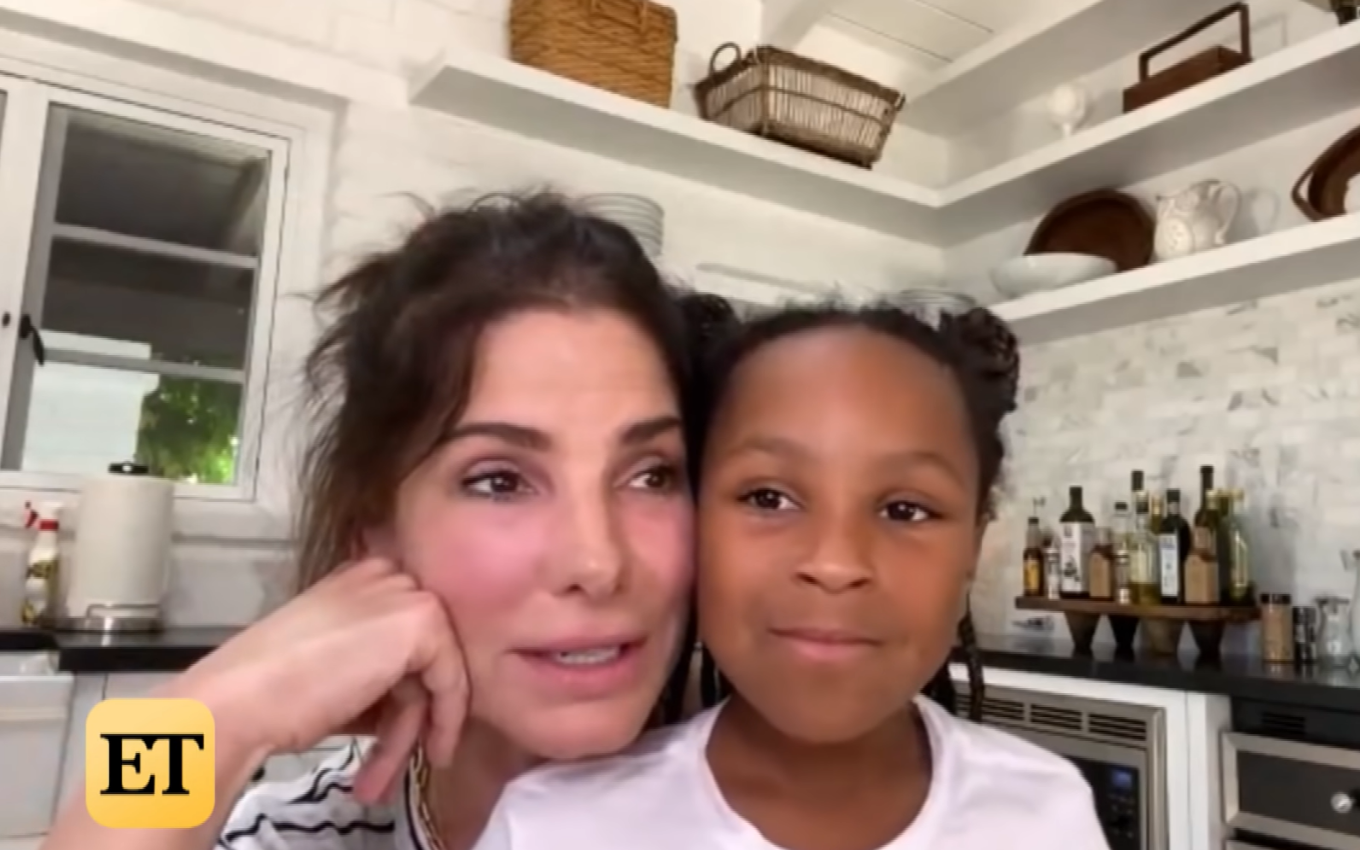 ‘I don’t know when I’ll be back’ TV News

What a shame! Man buys R$3.2 million Ferrari and crashes after 3 km 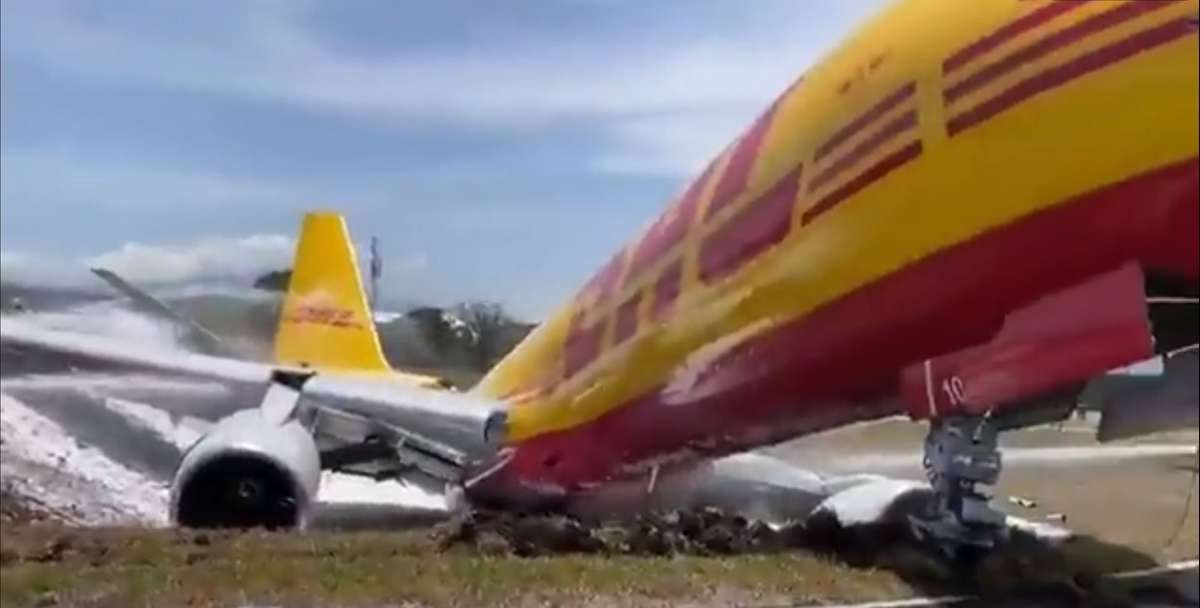