The global average annual temperature could temporarily stay 1.5 degrees Celsius above pre-industrial values ​​in at least one of the next five years, the UN warns this Tuesday, pointing to a probability of almost 50%.

Temporarily exceeding this limit, over the course of a year, is not, however, synonymous with a lasting surpassing, as defined by the Paris climate agreement.

This agreement aims to contain the increase in the global average temperature to well below two degrees Celsius compared to pre-industrial levels and, if possible, below 1.5 degrees.

According to a new climate report published by the United Nations World Meteorological Organization (WMO), the probability of a temporary breach of the 1.5 degrees centigrade threshold has increased steadily since 2015, when that risk was close to zero.

However, there is only a small probability (10%) that the five-year average will exceed the threshold of plus 1.5 degrees Fahrenheit.

“This study shows, with great scientific reliability, that we are significantly approaching the moment when we will temporarily reach the lower limit of the Paris Agreement. The value of 1.5°C is not a randomly chosen statistic. from which the effects of the climate will be increasingly harmful for people and for the entire planet”, stressed WMO Secretary-General Petteri Taalas.

Petteri Taalas also said that the warming of the Arctic is “particularly accentuated” and the conditions in this region have repercussions for the entire planet.

According to the annual and decade-long global climate forecast report prepared by the United Kingdom Met Office (Met Office), which is the WMO’s main center for this type of forecast, it is very likely (93%) that at least one of the years between 2022 and 2026 becomes the warmest on record.

This record is currently held by the year 2016, which was marked by a powerful El Niño episode, a natural oceanic phenomenon that leads to rising temperatures.

Leon Hermanson, one of the editors of the Met Office’s bulletin, believes these predictions show “that global temperature rise will continue.”

But, he recalled, “a single year of exceeding the 1.5°C limit does not mean that the emblematic limit of the Paris Agreement has been exceeded”.

“It is, however, a sign that we are approaching a scenario where the 1.5°C limit can be exceeded for an extended period,” he said.

In 2021, the planet’s average temperature was 1.11 degrees Celsius higher than the baseline pre-industrial era, according to a recent WMO report on the state of the global climate. The final version of the document will be published on 18 May. 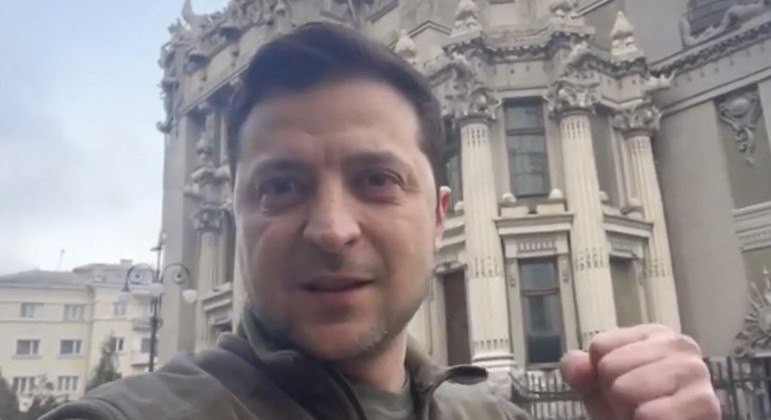 In message, Zelensky says Russian invasion is coming to an end – News

Check out the week’s releases on streaming

Deaths in Curitiba. See the obituary for this Thursday (12)